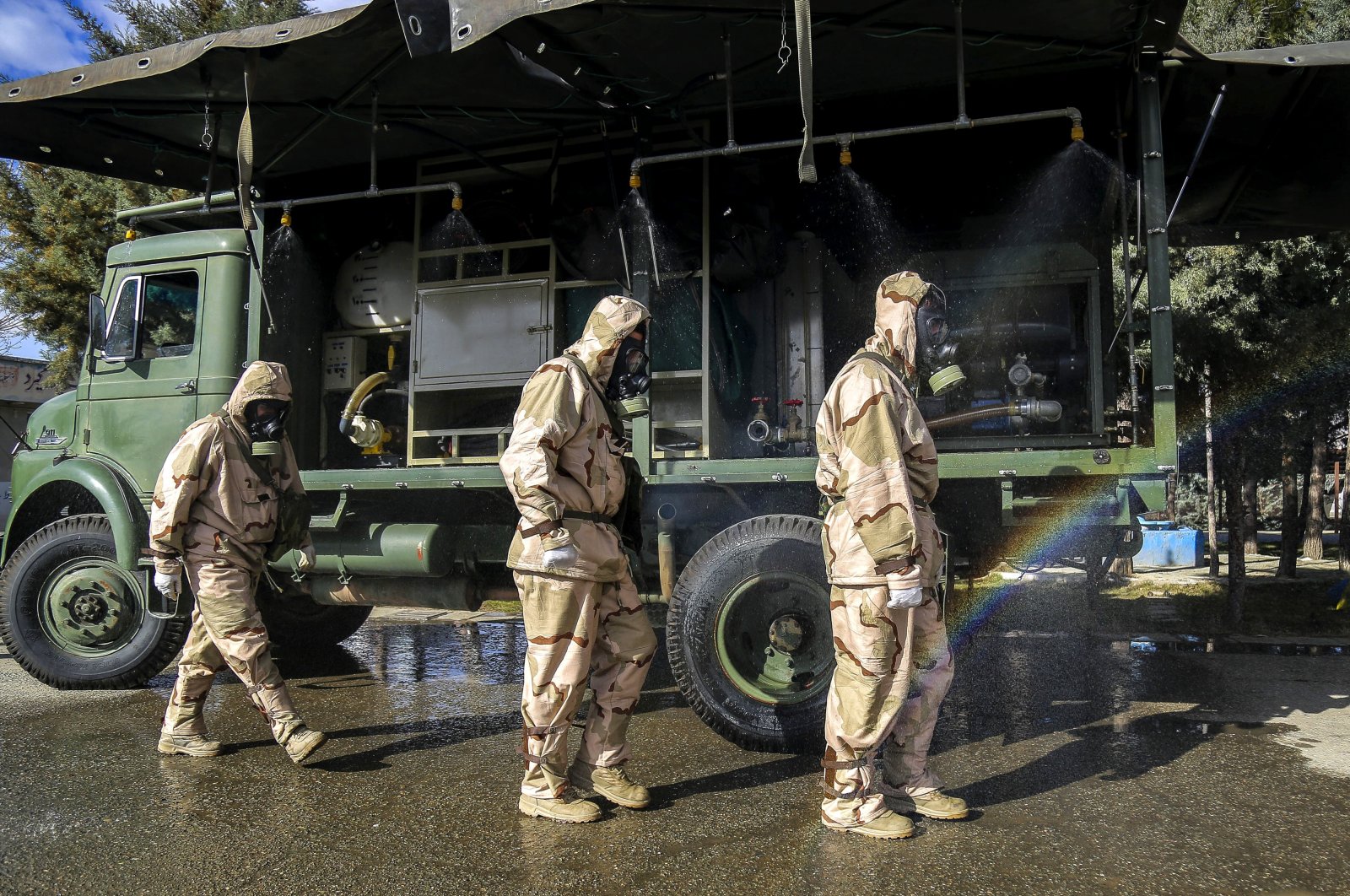 In this Sunday, March 1, 2020 photo, Revolutionary Guard members take part in disinfecting the city to help prevent the spread of the new coronavirus in Sanandaj, western Iran. (Tasnim News Agency via AP)
by Compiled from Wire Services Mar 07, 2020 2:50 pm
RECOMMENDED

Iran said the new coronavirus has killed 49 more people in the last 24 hours, bringing the death toll to 194 amid 6,566 confirmed cases in the country. That’s accord to Health Ministry spokesman Kianoush Jahanpour, who gave the figures at a news conference Sunday. There are over 6,900 confirmed cases of the new virus across the Mideast. Iran Air also said it is suspending its Europe flights indefinitely.

The country is battling one of the world's deadliest outbreaks of the disease outside China, where it originated. Iran's capital Tehran remains the worst-hit region in the country, with 1,539 confirmed cases, though the situation is worsening in northern provinces.

More than 300 of the new cases were reported in Mazandaran province, a top tourist destination north of Tehran on the Caspian sea.

"Mazandaran is at the top of the list, as the necessary limitations [on domestic traveling] were not imposed," Jahanpour said. "Considering that a minority are not taking the situation seriously and risk their own and others' health, imposing limitations is now on the agenda."

Iran has closed schools and universities until early April in a bid to contain the virus, but upcoming holidays have prompted people to travel, especially to popular destinations in northern provinces, Jahanpour said Friday.

Several provinces, including in the north and middle of the country, have said they will not provide any lodging to tourists in an effort to dissuade people from traveling.