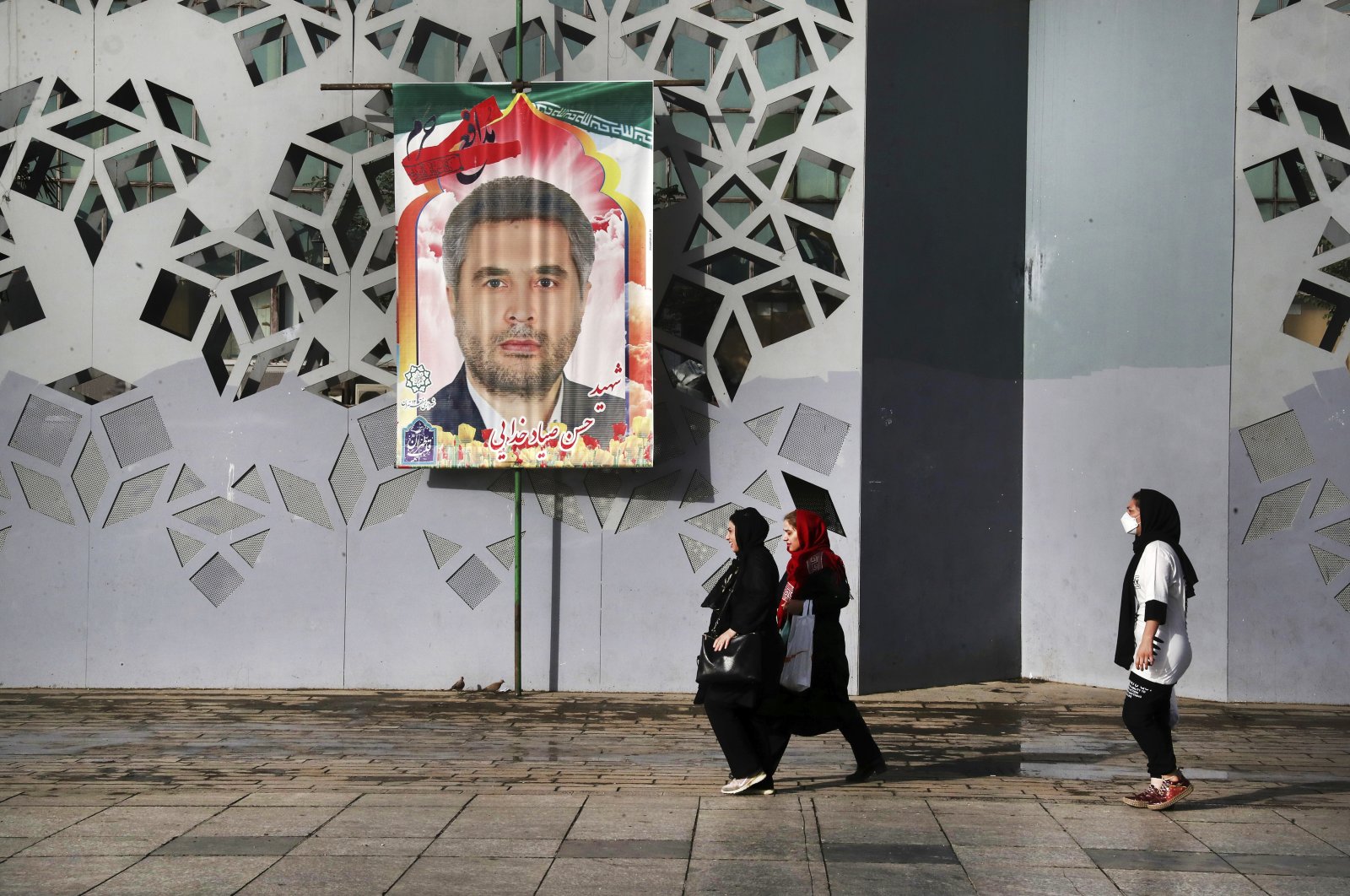 People walk past a banner showing Iran's Revolutionary Guard Col. Hassan Sayad Khodayari who was killed, prior to his funeral ceremony, Tehran, Iran, May 24, 2022. (AP Photo)
by Agencies Jun 03, 2022 9:39 am
RECOMMENDED

Iran on Friday reported the death of another colonel of the elite Quds force of its Revolutionary Guards, the second in two weeks from the unit tasked with overseeing Tehran's military operations abroad.

Quoting an unknown official, the early morning report by the official IRNA news agency said Col. Ali Esmailzadeh died during an "incident in his residence” days ago in the city of Karaj, some 35 kilometers (19 miles) northwest of the capital Tehran.

It did not elaborate but denied reports that the colonel was assassinated.

Other news channels close to the guard said Esmailzadeh fell from his rooftop or balcony.

In May, two unidentified gunmen on a motorbike shot Col. Hassan Sayad Khodayari five times in a car in front of his residence in Tehran. Iran blamed his slaying on the United States and its allies, including Israel. Iran's Revolutionary Guards on Monday had also accused "Zionists" of shooting dead Khodayari, days after Israel reportedly told the U.S. it was behind the killing.

The New York Times reported last week that Israel has told the U.S. that Tel Aviv was behind the killing of Khodayari. The U.S. daily cited an anonymous "intelligence official briefed on the communications."

Khodayari's death was the most high-profile killing inside Iran since the November 2020 murder of top nuclear scientist Mohsen Fakhrizadeh – an act Tehran blamed on archenemy Israel.

Iran traditionally blames Israel for such targeted killings, including those on nuclear scientists over the past years.