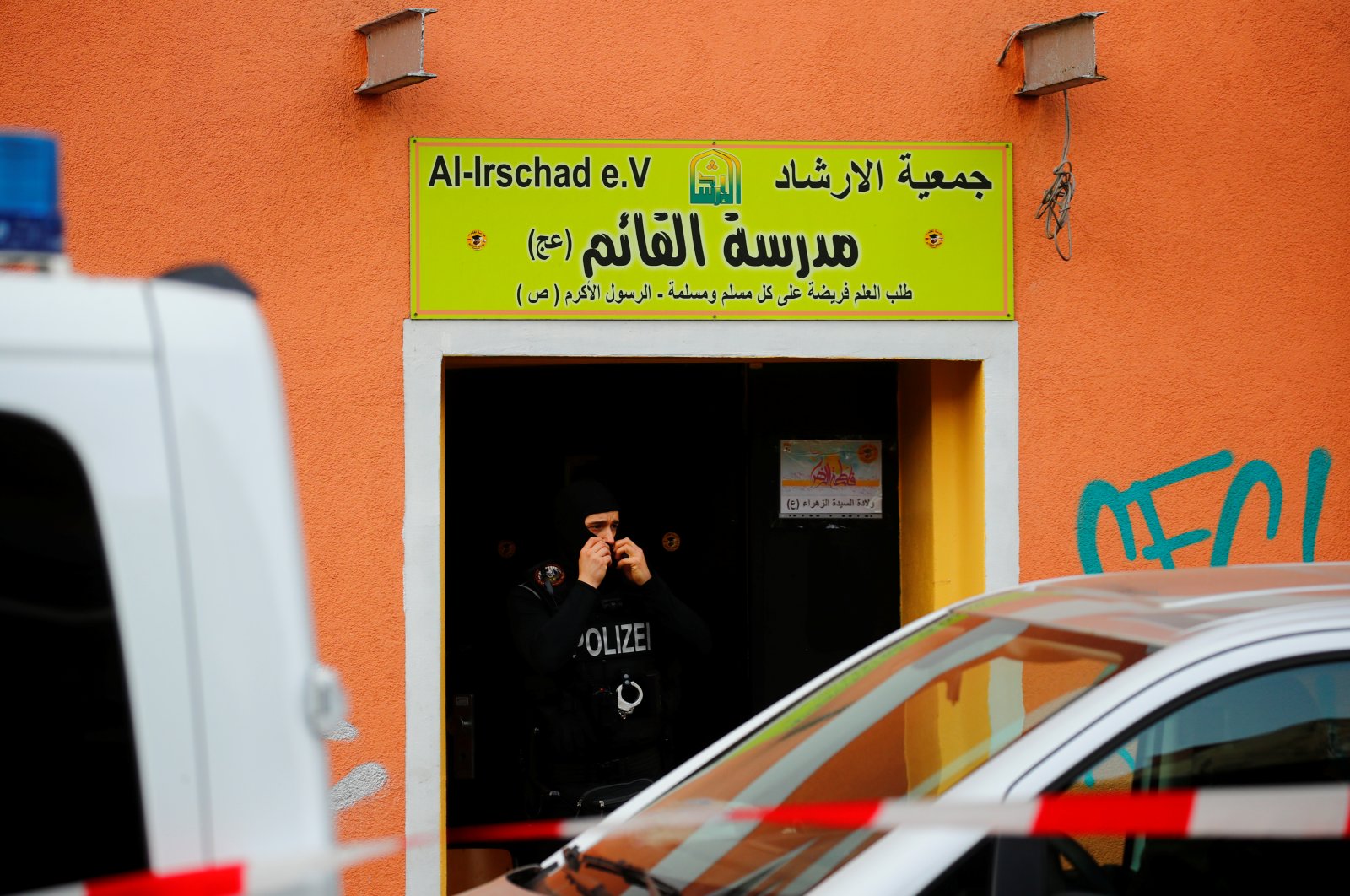 German special police leaves the El-Irschad (Al-Iraschad e.V.) after Germany has banned Iran-backed Hezbollah on its soil and designated it a terrorist organisation, Berlin, Germany, April 30, 2020. (Reuters Photo)
by Agencies
May 04, 2020 1:37 pm

Iran on Monday charged that Germany is repaying a "historical debt" to Israel after Berlin banned the activities of Lebanon's Hezbollah movement on its soil.

Germany designated Hezbollah a Shiite terrorist organization on Thursday as its security forces raided mosques and associations linked to the group.

Iran argued Germany was motivated by the grim legacy of Nazi rule and its guilt over the Holocaust, the mass murder of 6 million European Jews in labor and extermination camps.

"We feel the Germans seem to have a historical debt to the Zionists and are repaying it somehow, and don't realize that the world and Muslims might react," said foreign ministry spokesman Abbas Mousavi.

Mousavi criticized Germany's mosque raids and charged that "it is not appropriate to attack all Muslims if they feel a group of them are doing something illegal, which we don't see as such."

Hezbollah was established in 1982 during the Lebanese civil war and fought a 2006 war with Israel. Hezbollah, which backs Bashar Assad in Syria's civil war, is seen by Israel as an Iranian proxy, seeking to extend Iran's military reach to the Jewish state's northern border.

The United States and Israel have long designated it a terrorist group and urged allies to follow suit.

Like the European Union, Germany had until now outlawed only Hezbollah's military wing while tolerating its political arm, a major force in the Lebanese parliament.

Tehran is a major supporter of the Lebanese group and its "resistance" against Iran's arch-foe Israel.

Iran's state-owned and ultra-conservative Kayhan newspaper had on Saturday similarly attacked Germany in an article that also denied the Holocaust.

"Branding Hezbollah as a terrorist group is an order dictated to you by Israel, not a decision you made independently!" wrote Kayhan's managing director and editor-in-chief Hossein Shariatmadari.