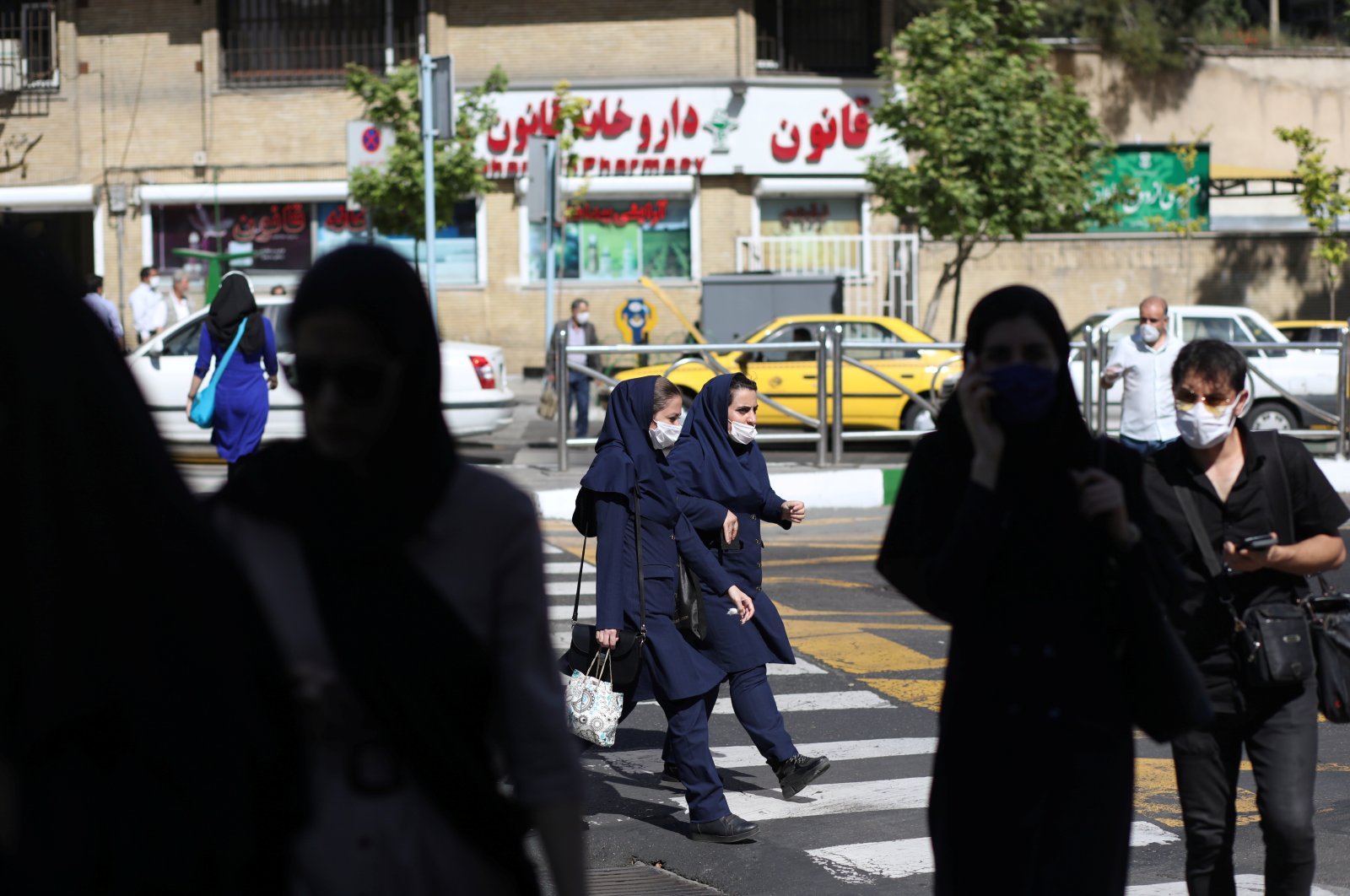 Iranians wear protective face masks and gloves, following the outbreak of the coronavirus disease (COVID-19), as they walk in Vali-E-Asr street, in Tehran, Iran, May 12, 2020. (Reuters Photo)
by French Press Agency - AFP May 15, 2020 2:08 pm
RECOMMENDED

Iran on Friday reported its highest number of new coronavirus infections in more than a month as it warned of clusters hitting new regions.

Iran's Islamic Republic has struggled to contain the virus that causes the COVID-19 disease since its first cases emerged in mid-February.

Health Ministry spokesman Kianoush Jahanpour said 2,102 new cases were confirmed across the country in the past 24 hours, bringing the overall total to 116,635.

That figure is the highest Iran has announced for a single day since April 6.

Jahanpour said the virus had claimed another 48 lives over the same period, raising the overall death toll to 6,902.

Several more provinces could be added to that level of alert, he said.

"Other provinces that we may see rising infections in are Lorestan, Sistan and Baluchistan, and East Azerbaijan," Jahanpour said in televised remarks.

The spokesman issued what he called a "warning" to residents of the provinces to observe health protocols.

Lorestan lies in western Iran, East Azerbaijan in the northwest, and Sistan and Baluchistan in the southeast bordering Pakistan and Afghanistan.

Jahanpour had said on Thursday that North Khorasan province in the northeast may also be close to "critical condition."

Khuzestan is the only province so far where authorities have reimposed stringent measures like shutting the doors to businesses after a countrywide relaxation in April.

Of those hospitalized with COVID-19, 91,836 have recovered and been discharged.

Experts both at home and abroad have voiced skepticism about Iran's official figures, saying the real toll could be much higher.