Iran to pay $150,000 to families of Ukrainian plane crash victims 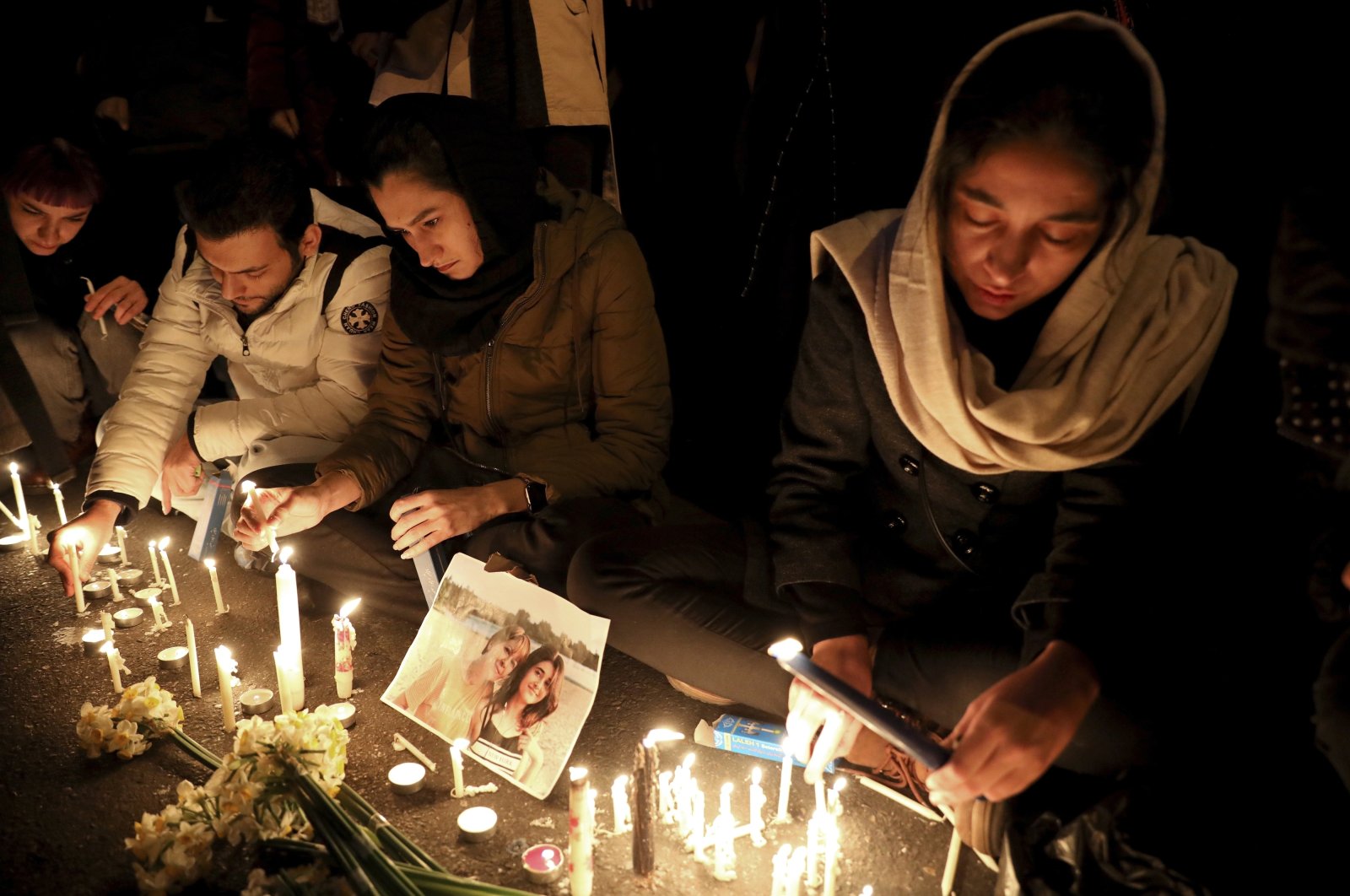 In this Jan. 11, 2020 file photo, people gather for a candlelight vigil to remember the victims of a Ukraine plane crash, at the gate of Amri Kabir University that some of the victims of the crash were former students of, in Tehran, Iran. (AP Photo)
by Anadolu Agency Dec 30, 2020 11:12 pm
RECOMMENDED

Iran will be paying $150,000 as compensation to the families of each of the 176 victims of a Ukrainian plane downed near Tehran airport in January, the cabinet said on Wednesday.

The cabinet gave its nod to the compensation of $150,000 or its equivalent in euros to the families of victims "as soon as possible," ahead of the first anniversary of the plane crash.

The incident came days after the killing of Iran's top military commander Qassem Soleimani in a US military strike in Baghdad when Iran's air defense systems were on high alert.

Iranian authorities initially denied that a missile had hit the passenger plane, only to later admit to the incident.

The majority of the victims were Canadian nationals of Iranian origin.

Iran's vice president for legal affairs, Laaya Joneidi, said the compensation payments would be made to the families of all 176 victims based on official documents and before the first anniversary of the incident.

Iran's Minister of Roads and Urban Development Mohammad Eslami was tasked with handing over the funds to the victims' families.

This comes two days after Iran delivered its final report on the plane crash to Ukraine, roughly a year since the tragic incident.

Spokesman for the Iranian Foreign Ministry, Saeed Khatibzadeh, said on Monday that the country's Civil Aviation Organization was responsible for the technical issues.

He said the translation of the report would be provided officially in the coming days and said legal action in the case would be pursued based on international conventions and treaties.

While Iran has blamed the incident on human error and misalignment of its air defense mechanism, international calls have mounted for legal action against those directly responsible.

In October, Deputy Foreign Minister Mohsen Baharvand said Iran was pursuing the matter with Ukrainian authorities and that those found guilty would be punished.

He said there was no "ambiguity" on legal processes and that Iran was "serious" about the affair.