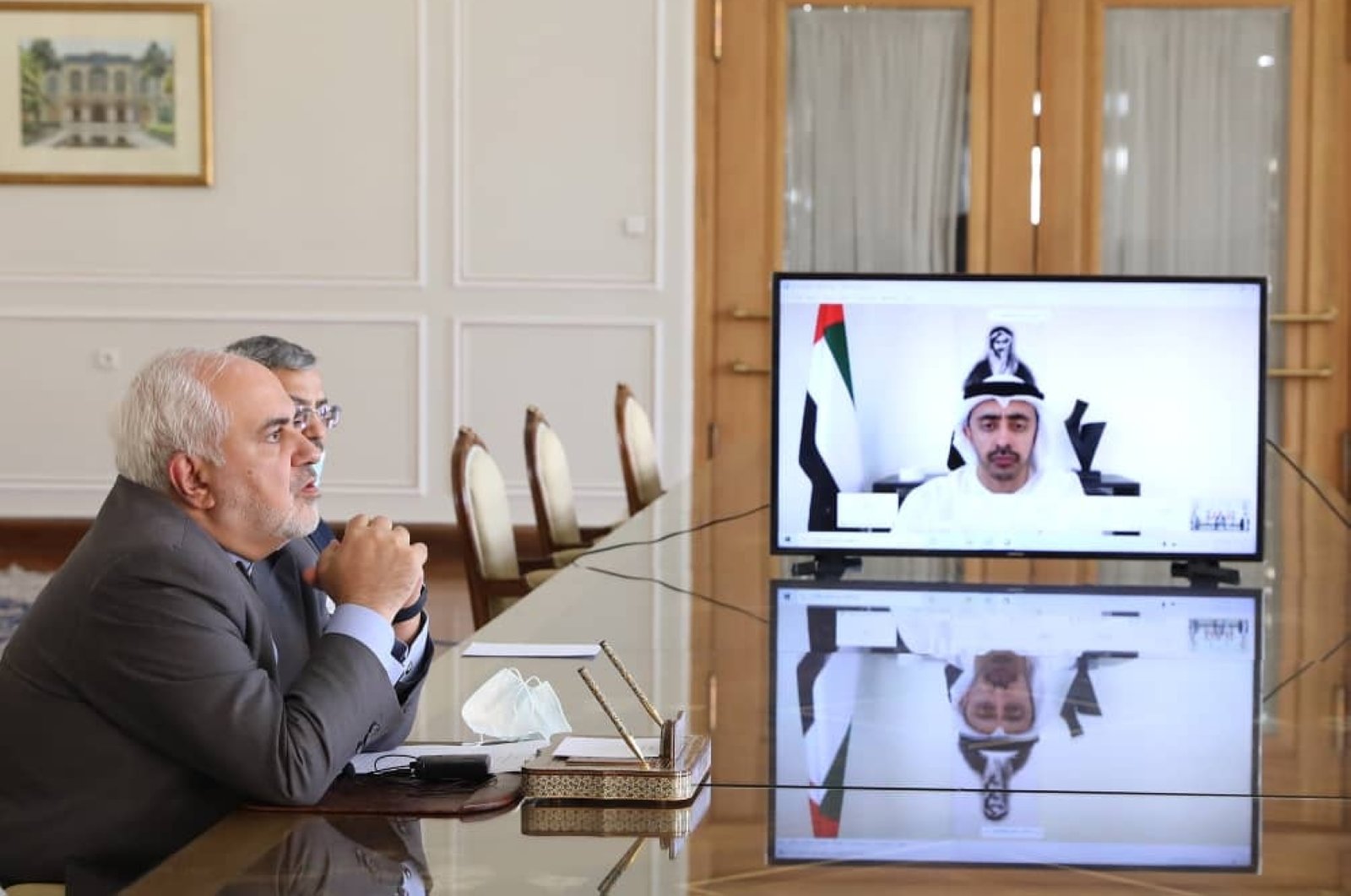 Iran's Foreign Minister Mohammad Javad Zarif said on Sunday that he has discussed the region's coronavirus outbreaks and other issues with his Emirati counterpart in rare talks held via a videoconference.

"We agreed to continue dialogue on theme of hope – especially as region faces tough challenges, and tougher choices ahead," he added.

According to the United Arab Emirates' (UAE) state news agency WAM, the top diplomats exchanged greetings for the Muslim holiday of Qurban Bayram, also known as Eid al-Adha, and discussed efforts to control the COVID-19 pandemic in the region.

The UAE downgraded its relations with Iran in January 2016 amid fierce rivalry between close Emirati ally Saudi Arabia and Iran.

It came following the storming of Saudi Arabia's embassy in Tehran in response to Riyadh's execution of a prominent Shiite cleric.

Tensions between Tehran and Riyadh and its allies also increased last year following a series of mysterious attacks on tankers in sensitive Gulf waters, with Washington blaming them on Iran. Tehran denied the charges.

Saudi Arabia and Iran, the region's two leading powers, back opposing sides in several conflicts, including in Syria and Yemen.