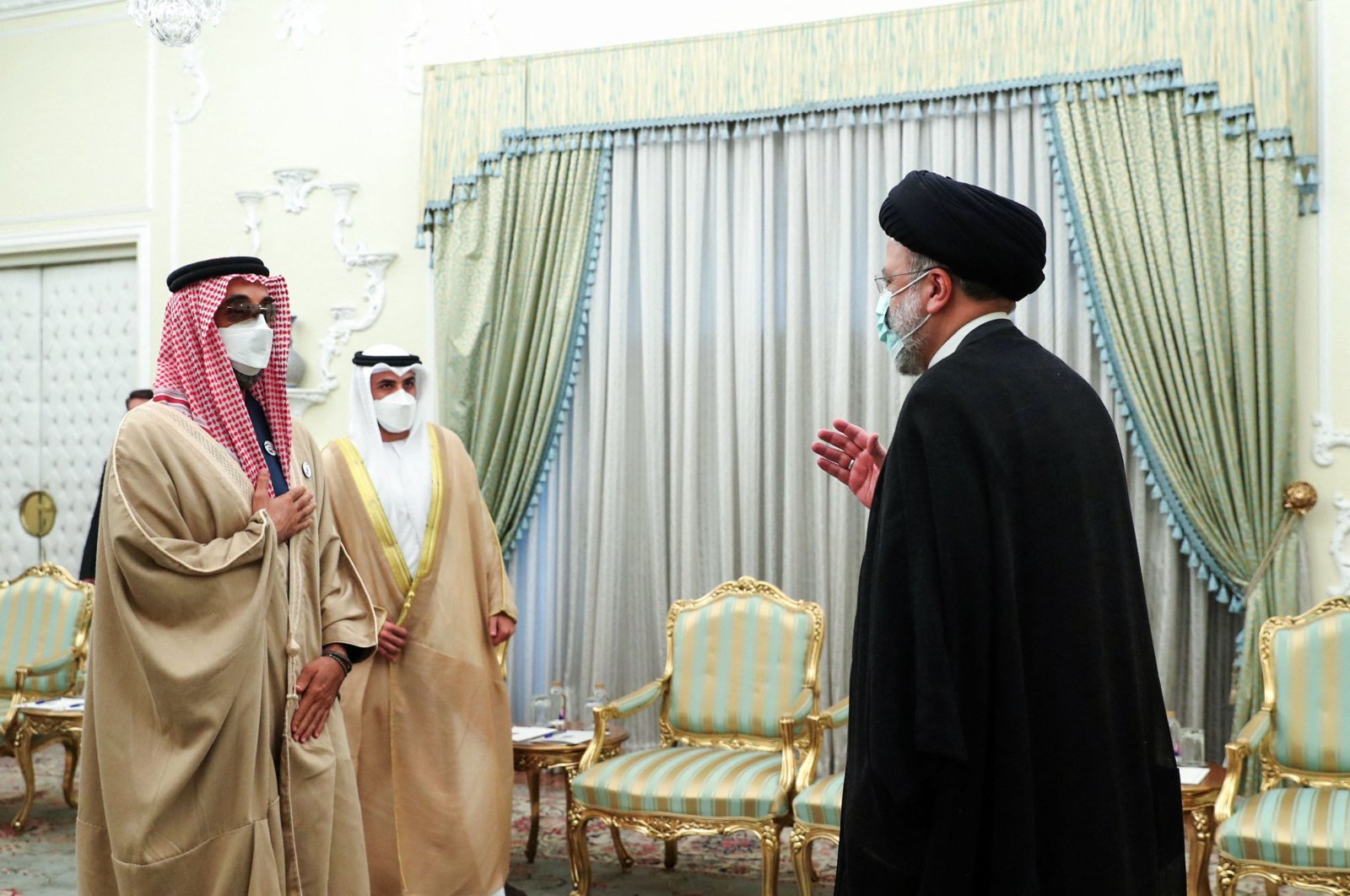 Iran welcomes the development of relations with the United Arab Emirates (UAE), Iranian President Ebrahim Raisi said Monday during a visit by a senior official from the Gulf Arab country.

The trip was the first of its kind since relations between the two countries were downgraded in 2016.

"Good relations with the countries of the region are one of the priorities of the new government's foreign policy," Raisi said during the meeting, according to state-run Islamic Republic News Agency (IRNA).

"We, therefore, welcome the development of relations with the United Arab Emirates," he said.

"Relations between two Muslim countries should not be affected by the interference of foreigners," Raisi added.

Shiite Iran and the Sunni Kingdom of Saudi Arabia, along with its allies in the six-nation Gulf Cooperation Council, back opposite sides in various armed and political conflicts in the region, most notably in Yemen and Syria.

But in the past months, there have been signs of rapprochement as Saudi Arabia and Iran have held several rounds of talks aimed at improving ties.

Shamkhani "expressed hopes that the visit ... would be the start of a new period of relations between the two countries," an official statement said.

He also said he hopes it would "pave the way to the consolidation and overall expansion of bilateral relations," the statement added.

Earlier in the day, Tehran accused France of "destabilizing" the region by selling arms to Gulf countries, days after Paris struck a record 14 billion euro ($15.8 billion) deal with the UAE for 80 Rafale fighter jets.

The UAE security advisor's visit coincides with that of Syrian Foreign Minister Faisal al-Meqdad, who met his Iranian counterpart Hossein Amir-Abdollahian on Monday.

"We had a good discussion earlier," Amir-Abdollahian said at a joint news conference.