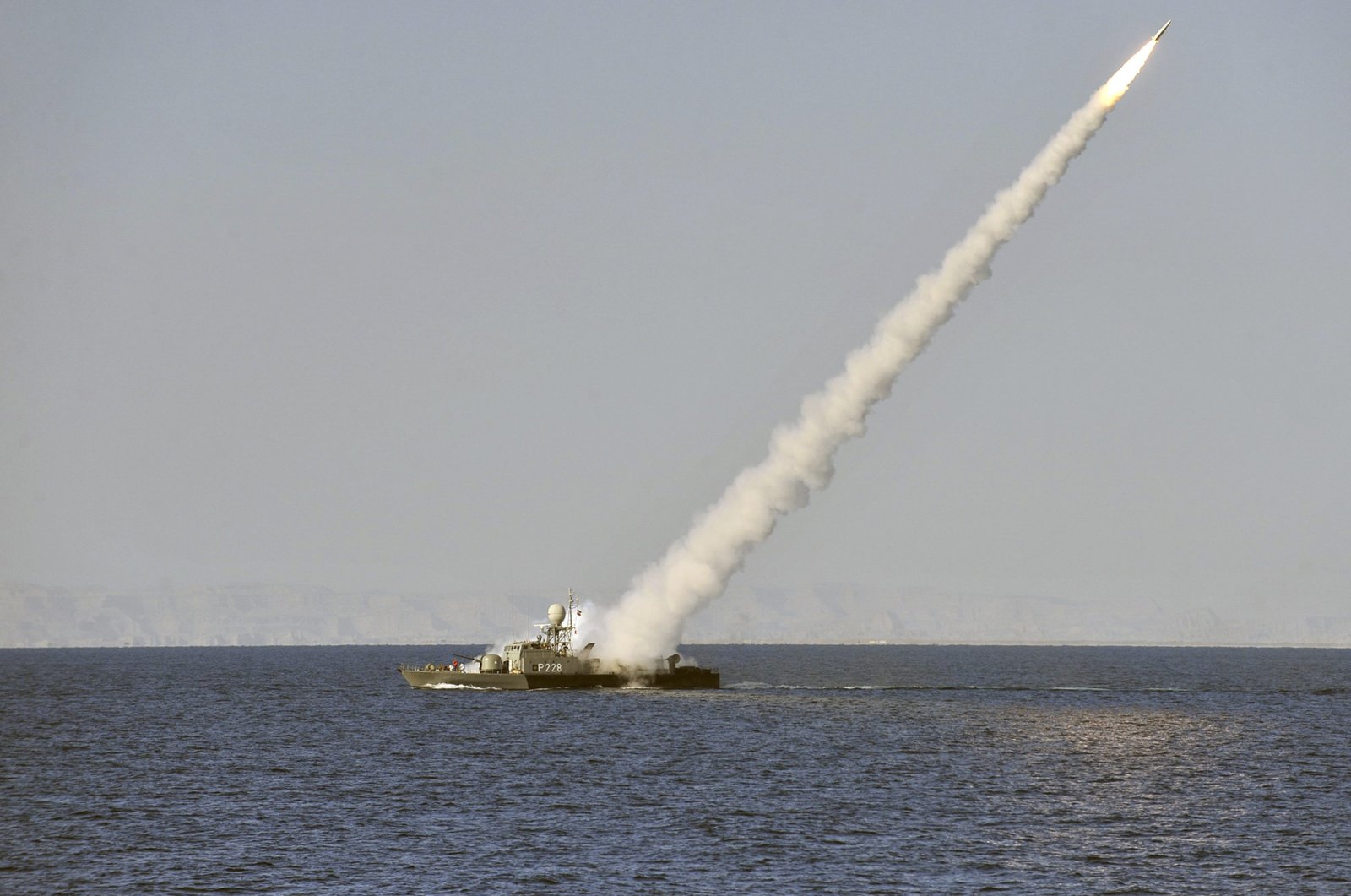 In this image made available by the Iranian Students News Agency, an Iranian Navy vessel launches a missile during a drill in the Sea of Oman, Jan. 1, 2012. (AP File Photo)
by compiled from agencies May 11, 2020 9:23 am
Edited By Ayla Coşkun
RECOMMENDED

An Iranian destroyer mistakenly shot and sank a second Iranian vessel during a naval exercise Sunday in the Persian Gulf, killing at least 19 sailors, said an official statement.

Another 15 were also injured in the incident, according to the public relations department of the 1st Maritime Region of Bandar Abbas.

The statement did not provide any details while noting that the incident is being investigated.

Earlier in the day, initial reports claimed that a C-802 Noor missile was fired from the Jamaran and accidentally struck the Konarek, a general-purpose vessel.

Reports said there were 30 to 40 crew members on board the Konarek, which had recently been added to the Iranian Navy's fleet.

The initial reports claimed that the Konarek's commander was among the dead.

The Gulf of Oman is a particularly sensitive waterway as it connects to the Strait of Hormuz – through which about a fifth of the world’s oil passes – which in turn connects to the Gulf.

The incident comes in the wake of a flurry of activity in the Persian Gulf in recent weeks, with tensions brewing between Iran and the United States.

Late last month, there was a dangerously close confrontation between U.S. Navy vessels and Iranian Navy boats close to Iranian territorial waters in the Gulf.

Later, the U.S. Navy issued a statement, accusing the Iranian Navy of "harassment."

U.S. President Donald Trump took to Twitter, saying he had instructed the U.S. Navy to "shoot down and destroy" Iranian gunboats if they "harass" U.S. ships.

In response, IRGC chief Maj. Gen. Hossein Salami said Iranian naval forces have been ordered to "target any U.S. vessel or warship" in the Persian Gulf if they "harass" Iranian vessels.

On Saturday, there was a rumor that a U.S. drone had been downed in Iranian territorial waters, which later proved to be a hoax.

The latest incident comes as military exercises have intensified in the Persian Gulf region, which shows the Iranian military is taking the U.S. threats seriously.