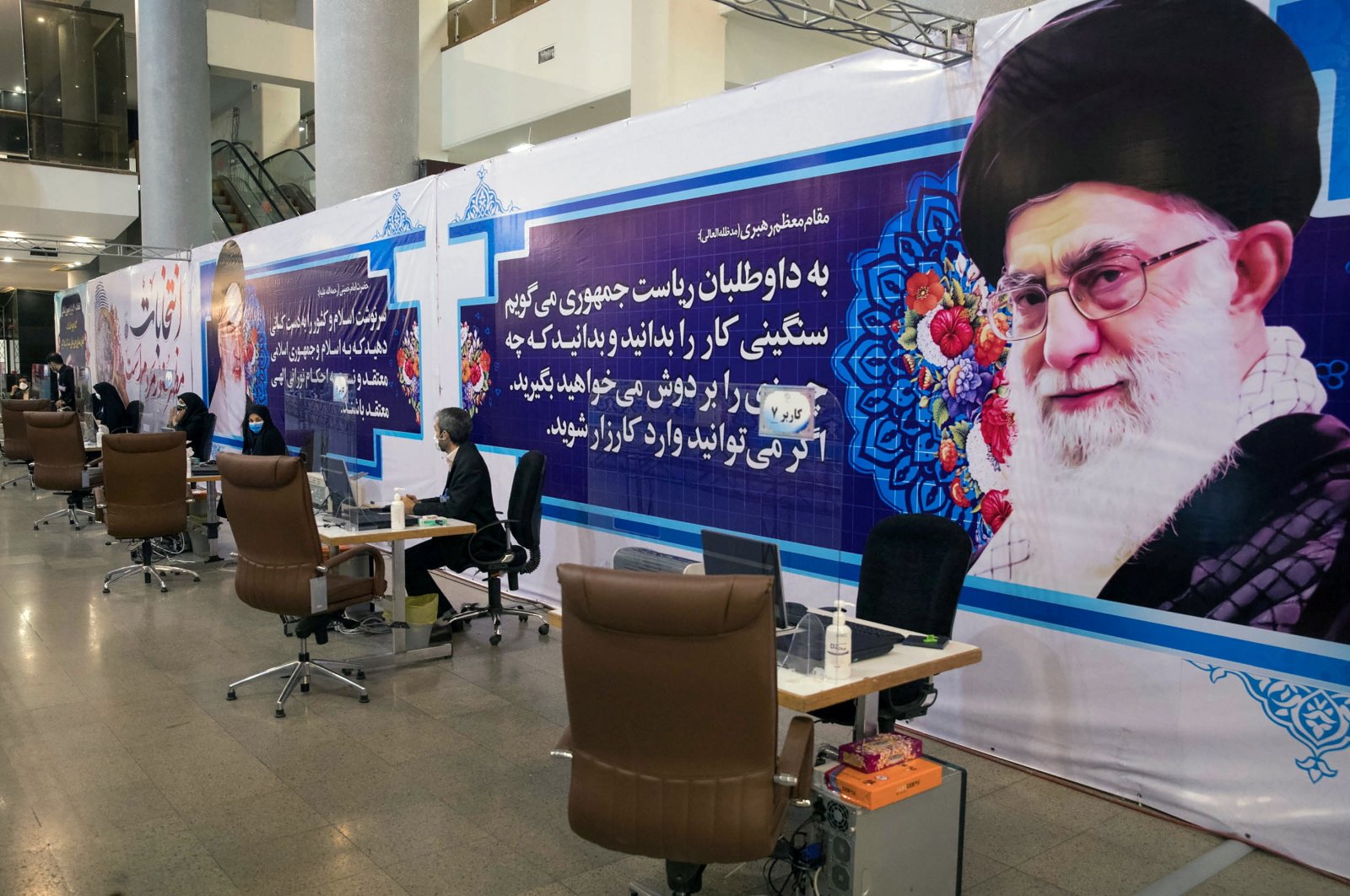 The battle to succeed Iran's moderate President Hassan Rouhani started Tuesday as candidates began signing up for the June 18 presidential polls. The Iranian media's expectations of the most-ever presidential hopefuls with military backgrounds were realized on the first day with many declaring their candidacy.

Hopefuls have until Saturday to register and will then be vetted by the conservative-dominated Guardian Council before a list of approved candidates is published by May 27, after which campaigning begins.

Registrations come as Iran and world powers are engaged in talks to revive a 2015 nuclear accord, from which the U.S. withdrew unilaterally in 2018 and reimposed crippling sanctions.

More than 20 public figures have officially announced their intention to run, including former Revolutionary Guards Gen. Hossein Dehqan, an advisor to the supreme leader Ayatollah Ali Khamenei and a defense minister in Rouhani's first government (2013-2017).

After registering, Dehqan pledged that if elected, he would interact with "all countries" apart from the Islamic republic's arch-enemy Israel.

The 53-year-old headed the Guards' construction and engineering arm for over two years and is a second-brigadier general.

He had resigned in March and is currently an advisor to Guards commander Maj. Gen. Hossein Salami.

Another hopeful is Mohammad Hassan Nami, an army general who was briefly telecoms minister under ultra-conservative former President Mahmoud Ahmadinejad.

According to the Hamshahri daily newspaper, Nami is a former military attache to North Korea, and also holds a doctorate in "public management" from Pyongyang's Kim Il-sung University.

The registration also featured a female biker ready to "serve the nation" and a shroud-wearing man with a mask in the colors of the Iranian flag who declared his wish "save the country," according to state news agency IRNA.

Several senior political figures are expected to run but have yet to declare their candidacies.

Zarif has been under fire from conservatives after a recording was leaked in which he complained of the Iranian military's clout over diplomacy.

Khamenei has in recent months urged a high turnout, expressing hope that this would encourage the emergence of new young leaders, as the generation who oversaw the country's 1979 revolution is aging.

The registrations come amid a stand-off between Rouhani's administration and the Guardian Council over basic requirements for candidates to be able to register.

Under the Islamic republic's constitution, they must have vague qualifications such as being "political and religious" figures.

The Guardian Council, tasked with interpreting the constitution and vetting election candidates, last week laid out a more detailed set of conditions that could rule out some well-known names.

The new requirements would mean candidates must be between 40 to 70, hold at least a master's degree or equivalent, have work experience of at least four years in managerial posts and have no criminal record.

It said military commanders ranked major general or higher are qualified to run.

The vetting body insisted its decision was "binding."

However, Rouhani's office on Monday ordered the Interior Ministry to carry out registrations "based on existing laws," and candidates with the correct documents appeared to have no problems signing up, according to Agence France-Presse (AFP) journalists.

The updated requirements would have potentially ruled out some well-known names such as Rouhani's telecoms minister, Mohammad Javad Azari Jahromi, who is 39.

Former candidate Mohammad Gharazi, a 79-year-old ex-minister, would have also been ruled out.

So would senior reformist figure Mostafa Tajzadeh, who was jailed during Iran's 2009 protests and convicted of acting against national security and propaganda against the system the following year.

The Guardian Council has also specifically barred those involved in the 2009 protests against the disputed reelection of Ahmadinejad.