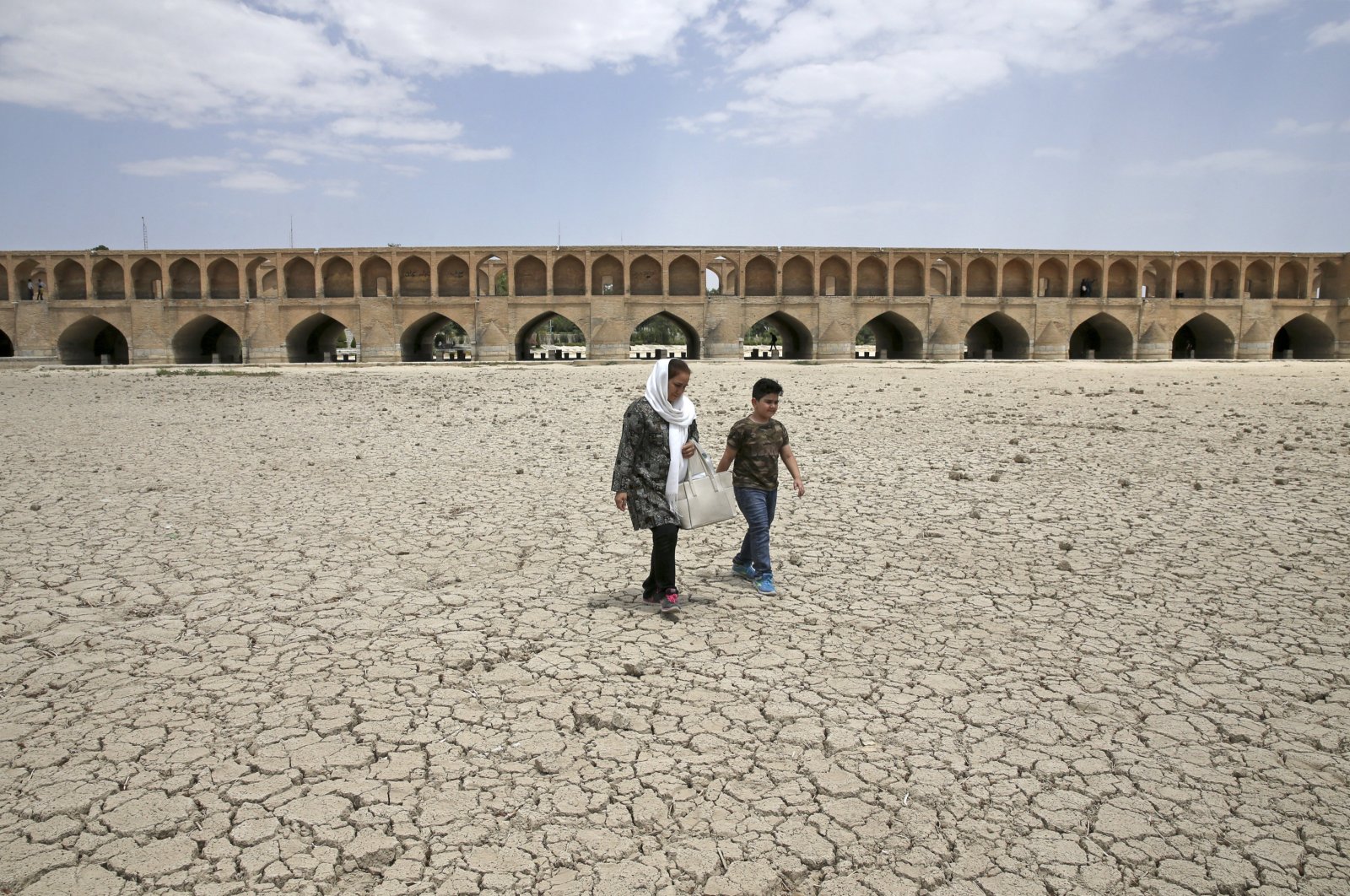 Iranian protesters took to the streets overnight due to severe water shortages in Iran's oil-rich southwest and police apparently fired weapons to disperse the crowds, according to the country's news outlets and videos posted on social media on Friday, as Iran struggles with its worst drought in 50 years.

It wasn't immediately clear if anyone had been wounded or arrested in the protests across multiple cities in Khuzestan province, including its capital, Ahvaz. Iranian state media had not reported on the unrest as of early Friday morning.

Videos showed people setting fire to tires, blocking roadways in anger. Anti-riot police in helmets and camouflage fatigues scuffled with demonstrators. Police also fired shotguns in one video, though it wasn't clear if it was live ammunition or so-called "beanbag rounds” designed to be less lethal. Those in the videos chanted in Arabic, demanding others to join them, as The Associated Press (AP) reported.

The province is home to ethnic Arabs who complain of discrimination by Iran's Shiite theocracy. Arab separatists long have operated in Khuzestan, which Iraqi dictator Saddam Hussein tried to seize in his 1980s war with Iran. They have blown up oil pipelines in the past and have been blamed for multiple attacks, including a 2018 assault on a military parade that killed at least 25 people in Ahvaz.

During some protests, people vented their anger at Supreme Leader Ayatollah Ali Khamenei, chanting "Death to the dictator" and "Death to Khamenei," according to Reuters.

"State television should report what we are saying and show the image of the buffaloes that perished from lack of water," an elderly protester said on a video carried by the regional Asrejonoob news website.

Water worries in the past have sent angry demonstrators into the streets in Iran. The country has faced rolling blackouts for weeks now, in part over what authorities describe as a drought striking the nation. Precipitation had decreased by almost 50% in the last year, leaving dams with dwindling water supplies to fuel the country

The protests in Khuzestan province come as Iran struggles through repeated waves of infections in the coronavirus pandemic and as thousands of workers in its oil industry have launched strikes for better wages and conditions.