Vienna's nuclear offers 'not worth looking at': Iran's Khamenei 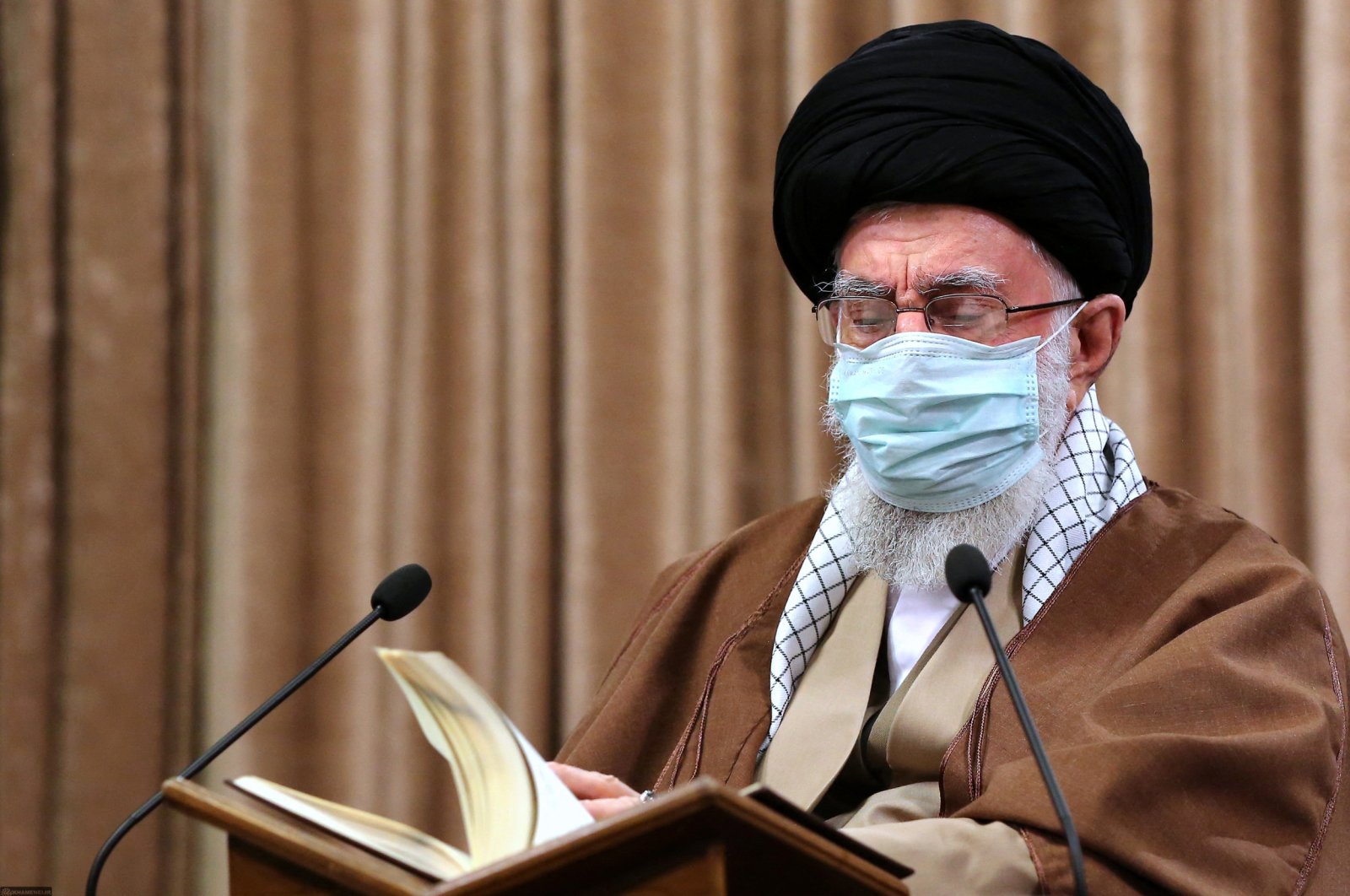 Iranian Supreme Leader Ayatollah Ali Khamenei on Wednesday mocked the initial offers at talks in Vienna, aimed at saving the 2015 nuclear deal and make United States return to the agreement after former President Donald Trump pulled his country from the deal in 2018, as "not worth looking at” and called propositions "humiliating.”

The comments by Khamenei, who has the final say on all matters of state in the Islamic Republic, came after a day that saw Iran's president similarly ratchet up pressure over the accord. European powers meanwhile warned Tehran its actions were "particularly regrettable” and "dangerous.”

The talks have already been thrown into disarray by a weekend attack on Iran's main Natanz nuclear enrichment site suspected to have been carried out by Israel. Tehran retaliated by announcing it would enrich uranium up to 60% – higher than it ever has before but still lower than weapons-grade levels of 90%.

"The offers they provide are usually arrogant and humiliating (and) are not worth looking at,” the 81-year-old Khamenei said in an address marking the first day of the holy Muslim fasting month of Ramadan in Iran. He also criticized the U.S. and warned time could be running out.

"The talks shouldn’t become talks of attrition,” Khamenei said. "They shouldn’t be in a way that parties drag on and prolong the talks. This is harmful to the country.”

Speaking to his Cabinet, an impassioned Iranian President Hassan Rouhani said the first-generation IR-1 centrifuges that were damaged in Sunday's attack would be replaced by advanced IR-6 centrifuges that enrich uranium much faster.

"You wanted to make our hands empty during the talks but our hands are full,” Rouhani said. Rouhani added: "60% enrichment is an answer to your evilness. ... We cut off both of your hands, one with IR-6 centrifuges and another one with 60%.”

Rouhani also accused Israel of being behind the Natanz attack and threatened to retaliate. In Jerusalem at a Memorial Day commemoration, Israeli Prime Minister Benjamin Netanyahu appeared to reference Iran.

"We must never remain apathetic to the threats of war and extermination of those who seek to eliminate us," he said. Israel has not claimed the attack, though it rarely does in its ongoing shadow war against Tehran. The talks in Vienna are aimed at finding a way for the United States to reenter Tehran’s nuclear agreement with world powers and have Iran comply again with its limits.

The accord, which former President Donald Trump unilaterally withdrew the U.S. from in 2018, prevented Iran from stockpiling enough high-enriched uranium to be able to pursue a nuclear weapon in exchange for the lifting of economic sanctions. Late on Wednesday, the European Union said formal negotiations would resume Thursday in Vienna.

Rouhani in his comments Wednesday insisted Iran is still hoping that the Vienna talks lead to a negotiated settlement over its program – and the accompanying lifting of punishing sanctions. Khamenei as well said he believed in his negotiators, but kept up the pressure on the West in his remarks Wednesday night. "They must do what we say first, and we are assured that it’s done, then we will do what is we are required to do," he said.

France, Germany and the United Kingdom, all parties to the nuclear deal, only hours earlier issued a joint statement Wednesday expressing their "grave concern” over Iran’s decision to increase enrichment.

"This is a serious development since the production of highly enriched uranium constitutes an important step in the production of a nuclear weapon,” the countries said. "Iran has no credible civilian need for enrichment at this level.” China and Russia also took part in the deal.

U.S. Secretary of State Antony Blinken also called Iran's enrichment decision a "provocative announcement.” "It calls into question Iran’s seriousness of purpose in the nuclear talks,” he said in Brussels. Saudi Arabia, a regional rival to Iran, similarly issued a statement, saying enriching at that level "could not be considered a program intended for peaceful purposes.”

It called on Iran to "avoid escalation." Iran insists its nuclear program is peaceful, though the West and the International Atomic Energy Agency (IAEA) says Tehran had an organized military nuclear program up until the end of 2003.

An annual U.S. intelligence report released Tuesday maintained the American assessment that "Iran is not currently undertaking the key nuclear weapons-development activities that we judge would be necessary to produce a nuclear device.”

Iran previously had said it could use uranium enriched up to 60% for nuclear-powered ships. However, the Islamic Republic currently has no such ships in its navy. Iran had been enriching up to 20% – even that was a short technical step to weapons-grade levels. The deal limited Iran's enrichment to 3.67%. Iran’s envoy to the IAEA, Kazem Gharibabadi, posted a letter online addressed to IAEA Director-General Rafael Grossi warning against "any adventurism by (the) Israeli regime” targeting Iranian nuclear sites.

"The most-recent cowardly act of nuclear terrorism will only strengthen our determination to march forward and to replace all (damaged) centrifuges with even more advanced and sophisticated machines,” Gharibabadi wrote.

IAEA inspectors visited Natanz on Wednesday on their first trip since the sabotage and found Iran preparing an above-ground area for the higher enrichment, the agency said. Iran has "almost completed preparations to start producing (uranium gas) enriched up to 60%,” the IAEA said in a later statement.

"Iran informed the agency that the necessary pipework was being finalized and that feeding of (uranium gas) enriched up to 5% into a cascade of IR-6 centrifuges would start soon thereafter.”

The weekend attack at Natanz was initially described only as a blackout in the electrical grid feeding above-ground workshops and underground enrichment halls – but later Iranian officials began calling it an attack. Alireza Zakani, the hard-line head of the Iranian parliament’s research center, referred to "several thousand centrifuges damaged and destroyed” in a state TV interview.

However, no other official has offered that figure and no images of the aftermath have been released. Satellite photographs from Planet Labs Inc. of Natanz taken Wednesday and analyzed by The Associated Press (AP) showed no apparent damage above ground at the facility.