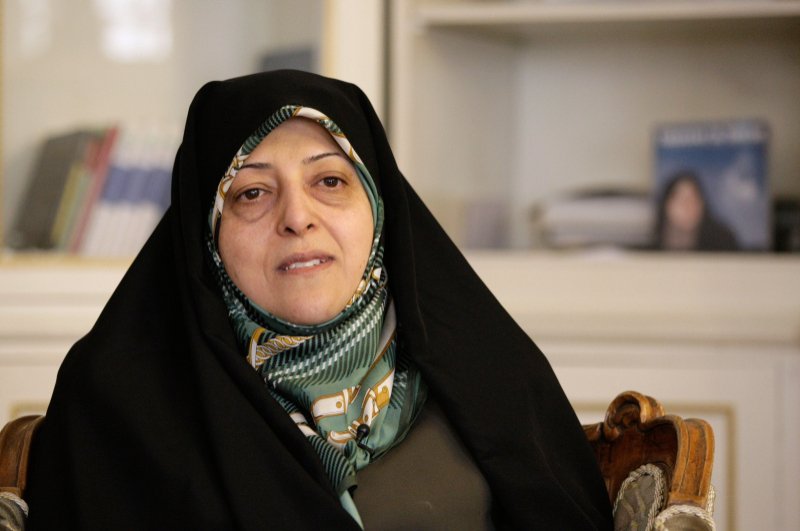 "Everyone in the vice president's team was also tested and the results will be available on Saturday," she said.

Ebtekar had attended a cabinet meeting on Feb. 26, where she was sitting only a couple of meters from President Hassan Rouhani and other government officials.

Ebtekar is not the first high-ranking Iranian official to contract the virus. On Tuesday, Iran's Deputy Health Minister Iraj Harirchi — the head of the government task force to contain the outbreak — and another lawmaker, Mahmoud Sadeghi, tested positive for the coronavirus.

Another official who tested positive for the virus was Mujtaba Zunnour, head of the country’s parliament national security and foreign policy committee.

Ebtekar is known as the English-language spokeswoman for the 1979 hostage-takers who seized the U.S. Embassy in Tehran and sparked the 444-day diplomatic crisis.

Iran has seen a spike in COVID-19 cases over the past week and the number of infected people in the country reached 254 on Thursday. The country's Health Ministry also confirmed 26 deaths due to the coronavirus.

Iran is one of over 35 countries that account for the nearly 80,000 COVID-19 cases confirmed around the world. The outbreak's epicenter in Iran is the holy Shiite city of Qom, where the faithful in reverence reach out to kiss and touch a famous shrine. That shrine and others have remained open, despite Iran's civilian government calling for them to be closed.

The World Health Organization has declared the outbreak an international health emergency and said the global risk level remains high.