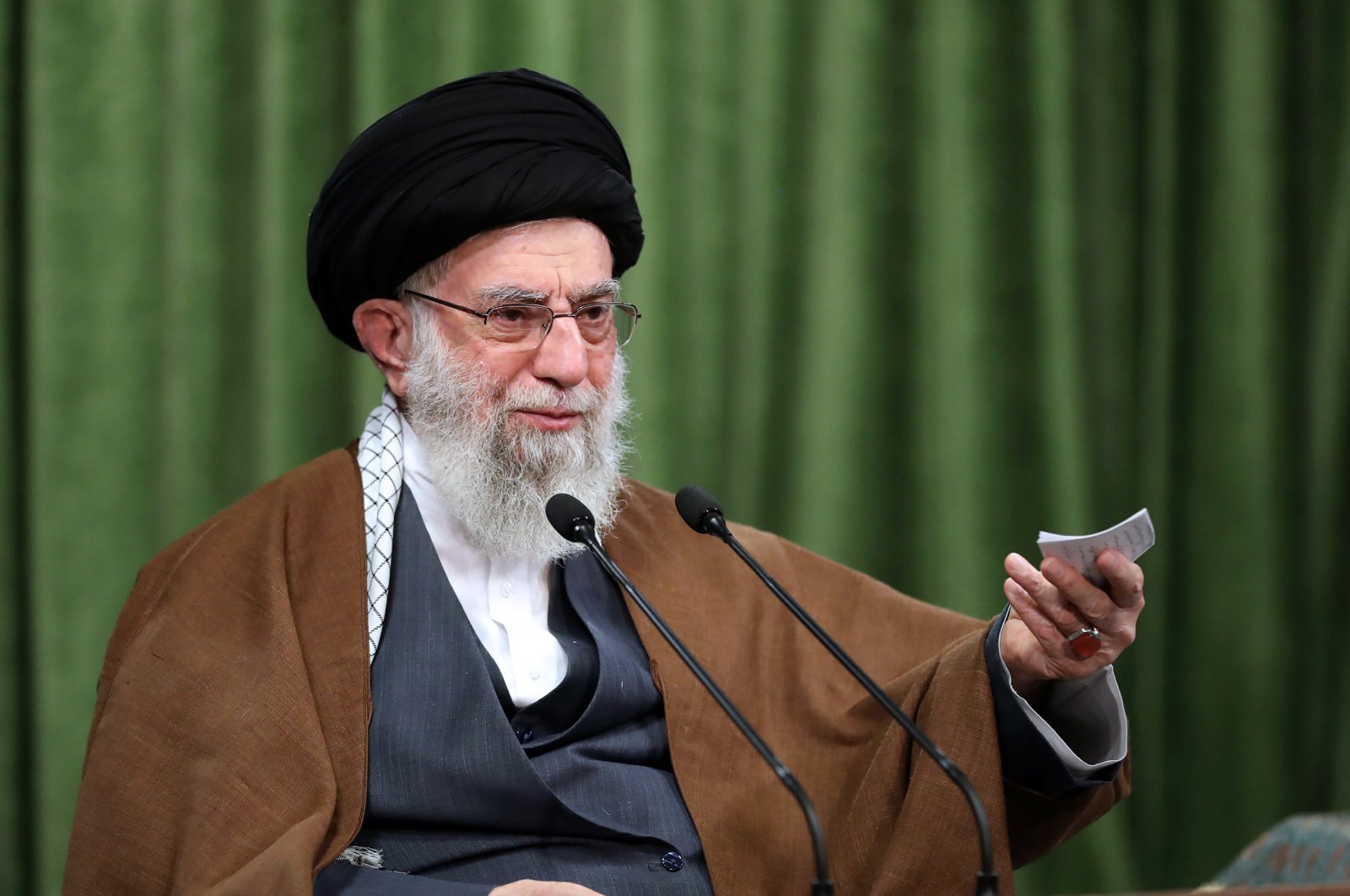 Khamenei reiterated a long-standing Iranian position that it didn't matter whether Trump or Joe Biden wins the vote, but the stakes couldn't be higher for the Islamic Republic.

"If you look at their own situation, it’s interesting to watch. The incumbent president, who is supposed to hold the elections, says this is the most-rigged U.S. election throughout history," Khamenei said, not acknowledging that individual U.S. states run the vote.

"Who says this? The sitting president who is arranging the elections himself. His opponent says Trump intends to widely cheat. This is American democracy.”

Khamenei added that the result of the vote "is none of our business, meaning it won’t influence our policy at all. Our policy is clear and well-calculated and people coming and going will have no impact on it.” Khamenei, 81, as supreme leader has the final say on all matters of the state in Iran.

He approved the efforts for reaching the nuclear deal, which saw Iran agree to limit its enrichment of uranium in exchange for the lifting of economic sanctions. But Trump withdrew from the deal in 2018, complaining it didn't address Iran's ballistic missile program nor its regional policies. Iran later withdrew from all the deal's limits, though Tehran still allows U.N. inspectors access to nuclear sites. Satellite photos show it is now starting new construction work at its Natanz nuclear site, which was targeted in a reported sabotage attack in July.

Khamenei spoke as the coronavirus pandemic forced authorities to cancel a planned commemoration of the Nov. 4, 1979 takeover of the U.S. Embassy in Tehran. That started a 444-day hostage crisis that transfixed America and still affects relations between Washington and Iran today.

Anti-Americanism remains a cornerstone of Iranian policy, over four decades after the takeover. "Such an empire will not last long. It’s obvious that when a regime reaches this point, it will not live for much longer and will be destroyed," Khamenei said of America.

"Of course, some of them if they take office will destroy America sooner, and some others if elected will cause America to be destroyed a bit later.” Khamenei's speech was marking the birth of Prophet Muhammad based on the Iranian calendar and he began his remarks with comments deeply critical of French President Emmanuel Macron over his defense of caricatures of the prophet, which has sparked protests by Muslims across the world amid two attacks in France.

The supreme leader accused France of harboring "terrorist" groups targeting the Islamic Republic after earlier supporting Iraqi Saddam Hussein during his 1980s war against Iran. He also called for an end of the conflict between Armenia and Azerbaijan, calling it a "bitter incident."

"The lands that were occupied by Armenia should be returned to Azerbaijan and security of Armenians of their lands should be provided," Khamenei said. "There should be no violation of international borders and terrorists should not come close to our borders. If they get close, there will be an encounter with Iran."