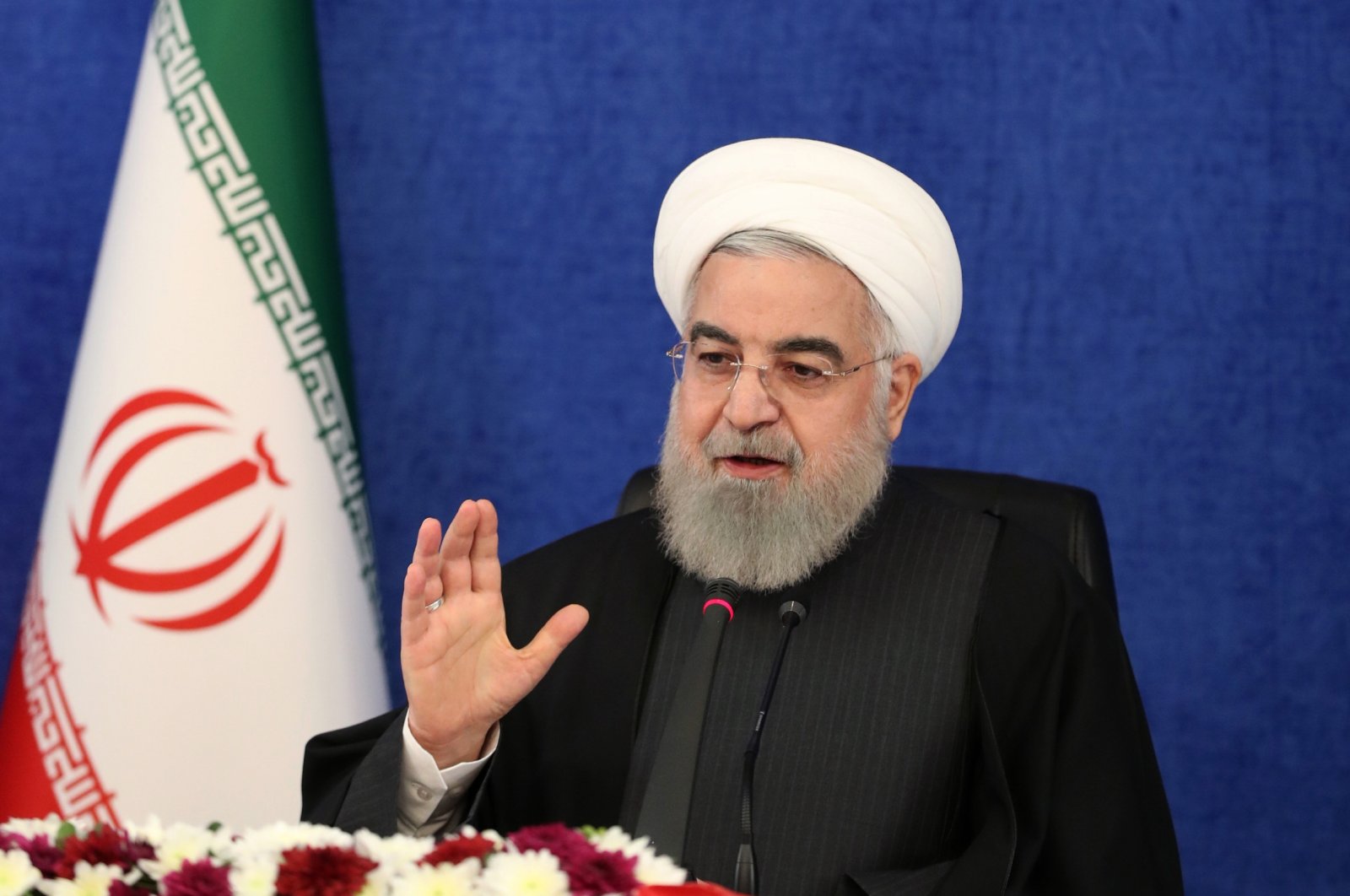 Iranian President Hassan Rouhani on Wednesday applauded the departure of "tyrant" Donald Trump from the White House, underlining that "the ball is in America's court," referring to a landmark nuclear deal and the lifting of sanctions currently placed on Tehran.

Biden, who became the 46th president of the United States on Wednesday, has signaled a willingness to return to dialogue with the middle eastern country.

A "tyrant's era came to an end and today is the final day of his ominous reign," Iranian President Rouhani said in televised remarks to his Cabinet.

He labeled Trump "someone for whom all of his four years bore no fruit other than injustice and corruption and causing problems for his own people and the world".

During his presidency, Trump led a campaign of "maximum pressure" against Iran, pulling Washington out of a landmark nuclear deal with Tehran in 2018 and reimposing punishing sanctions.

The nuclear deal, agreed between major powers and Iran in 2015 when Biden was vice president under Barack Obama, set curbs on Iran's nuclear activities in exchange for relief from international sanctions.

Since 2019, Tehran has suspended its compliance with most of the limits set by the agreement in response to Washington's abandonment of sanctions relief and the failure of the other parties to make up for it.

"Trump, (Secretary of State Mike) Pompeo & Co. are relegated to the dustbin of history in disgrace," Iran's Foreign Minister Javad Zarif said in a tweet after Biden was sworn in.

He added that the memories of their "crimes against humanity", including the assassination of top Iranian general Qasem Soleimani last year and sanctions against Iran, "will shine on".

Rouhani said Trump's political career had "died... but the JCPOA is alive," referring to the nuclear agreement's official name, the Joint Comprehensive Plan of Action.

"He did all he could to destroy the JCPOA but could not.

"We expect (the Biden administration) to return to law and to commitments, and try in the next four years, if they can, to remove the stains of the past four years," he added.

Biden's pick for secretary of state, Anthony Blinken, said at a Senate confirmation hearing Tuesday that Trump's policies had made Iran "more dangerous".

Blinken confirmed Biden's desire for Washington to return to the nuclear agreement but said that was conditional on Tehran's return to strict compliance with its commitments.

Tehran has repeatedly called on Washington to lift sanctions first and respect its own obligations under the agreement.

It has said it will then return to full compliance.

"Mr Biden should know that his responsibility is to lift these sanctions," Zarif told reporters after the Cabinet meeting.

Rouhani said "the ball is in America's court" and emphasized that when Washington starts to carry out its commitments "we too will act on our commitments".

"If they return to the law, our response will be positive as well."