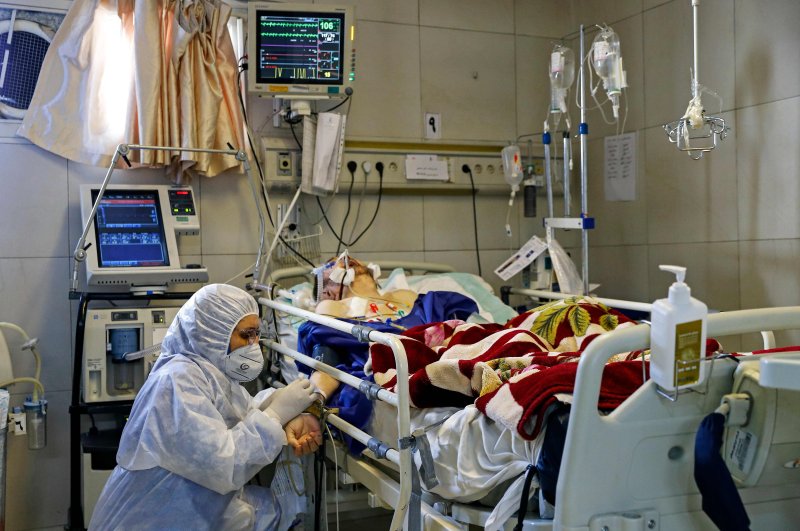 Rahmani tested positive for COVID-19 and remains in the intensive care unit at Tehran's Imam Khomeini Hospital, according to the news site, Asriran.

Iran stands alone in how the virus has affected its government, even compared to hard-hit China, the epicenter of the outbreak. Dozens of Iranian officials, including at least 23 deputies, have so far tested positive for the virus.

The death of Expediency Council member Mohammad Mirmohammadi on Monday makes him the highest-ranking official within Iran’s leadership to be killed by the virus. State media referred to him as a confidant of Khamenei.

The virus earlier killed Hadi Khosroshahi, Iran’s former ambassador to the Vatican, as well as a recently elected member of parliament.

Those sick include Vice President Masoumeh Ebtekar, better known as “Sister Mary,” the English-speaking spokeswoman for the students who seized the U.S. Embassy in Tehran in 1979 and sparked the 444-day hostage crisis, state media reported.

Also sick is Iraj Harirchi, the head of an Iranian government task force on the coronavirus who tried to downplay the virus before falling ill.

The semiofficial ILNA and Tasnim news agencies in Iran also reported that Pirhossein Koulivand, the head of the country's emergency services, had come down with the new illness. They offered no other immediate details.

On Tuesday, lawmaker Abdolreza Mesri told Iranian state television’s Young Journalists Club program that 23 members of parliament had the coronavirus. He urged all lawmakers to avoid the public.

After downplaying the coronavirus as recently as last week, Iranian authorities said Tuesday they had plans to potentially mobilize 300,000 soldiers and volunteers to confront the virus.

There are now over 2,530 cases of the new coronavirus across the Mideast. Of those outside Iran in the region, most link back to Iran.

Yet experts worry Iran’s percentage of deaths to infections, now around 3.3%, is much higher than other countries, suggesting the number of infections in Iran may be far greater than current figures show.

Iran's Health Ministry has confirmed 77 deaths due to the coronavirus.

The new coronavirus was first detected in Wuhan, China, in Hubei province in December. It has spread to at least 73 countries.

The World Health Organization (WHO), which already declared the outbreak an international health emergency, updated the global risk level to "very high."