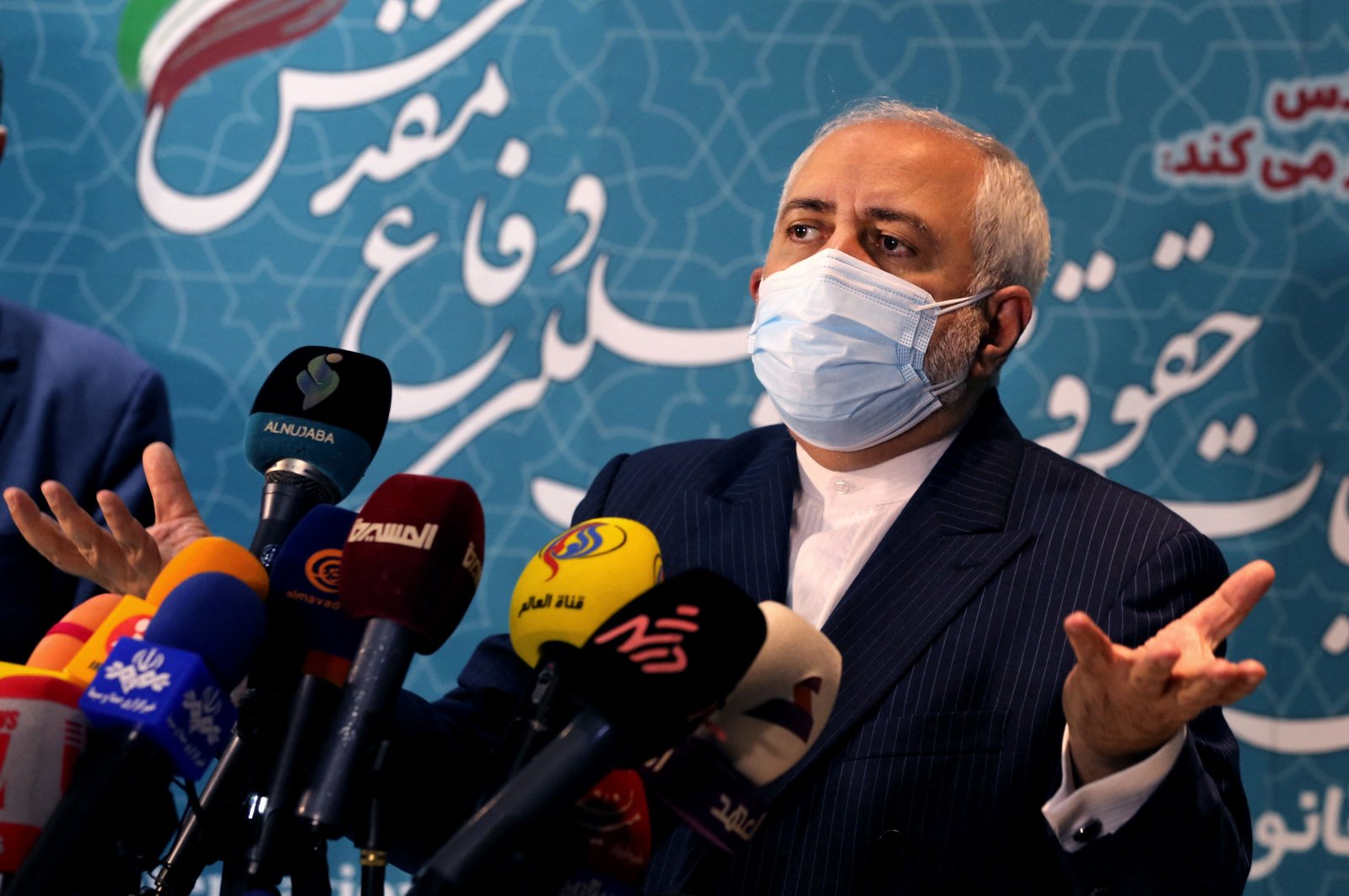 Iran’s Foreign Minister Mohammad Javad Zarif admonishes the “utter hypocrisy” of the United Kingdom's Prime Minister Boris Johnson, who expressed concern about Iran's nuclear program while his own country was announcing a boost to its nuclear stockpiles, according to a report by Al Jazeera.

Zarif criticized the British Prime Minister in a tweet on Tuesday. Johnson expressed his concerns about Iran’s nuclear program, just after he declared the nuclear warheads of the U.K. would be increased by 40%.

“Unlike the UK and allies, Iran believes nukes (nuclear) and all WMDs (Weapons of Mass Destructions) are barbaric and must be eradicated,” Zarif tweeted, highlighting that Iran’s nuclear program is peaceful and has nothing to do with making weapons.

In utter hypocrisy, @BorisJohnson is “concerned about Iran developing a viable nuclear weapon”. On the very same day he announces his country will increase its stockpile of nukes.

Unlike the UK and allies, Iran believes nukes and all WMDs are barbaric & must be eradicated.

Meanwhile, Johnson expressed concern at the U.K. House of Commons on Tuesday, by saying, “We remain extremely concerned by Iran’s influence in the region, the disruptive behavior of Iran and particularly, of course, we are concerned about the risk of Iran developing a viable nuclear weapon.”

Johnson also confirmed that the nuclear warheads of the U.K., which had previously dropped to 180, will now increase to 260.

Iran does not have a nuclear weapon, and its Supreme Leader Ayatollah Ali Khamenei has issued a ruling (fatwa) banning nuclear weapons and other weapons of mass destruction, as confirmed by the International Atomic Energy Agency (IAEA).

Still, Western countries have long suspected Iran of having a nuclear program. That led to a nuclear accord between Iran and world powers, including the United States, in 2015. The deal was aimed at suppressing Iran’s nuclear activities in exchange for relief of sanctions.

But former U.S. President Donald Trump withdrew from the deal and imposed sanctions on Iran.

After the Trump Era, President Joe Biden backed the deal signed between the governments while he was the U.S. vice president. Since day one of Biden, the two countries have engaged in rhetoric, and Iran has demanded the lifting of sanctions.

Iran has stepped up its nuclear activity with Khamenei, and declared that Tehran could boost the enrichment of uranium from the current 20% to 60% “if the country needs it.”