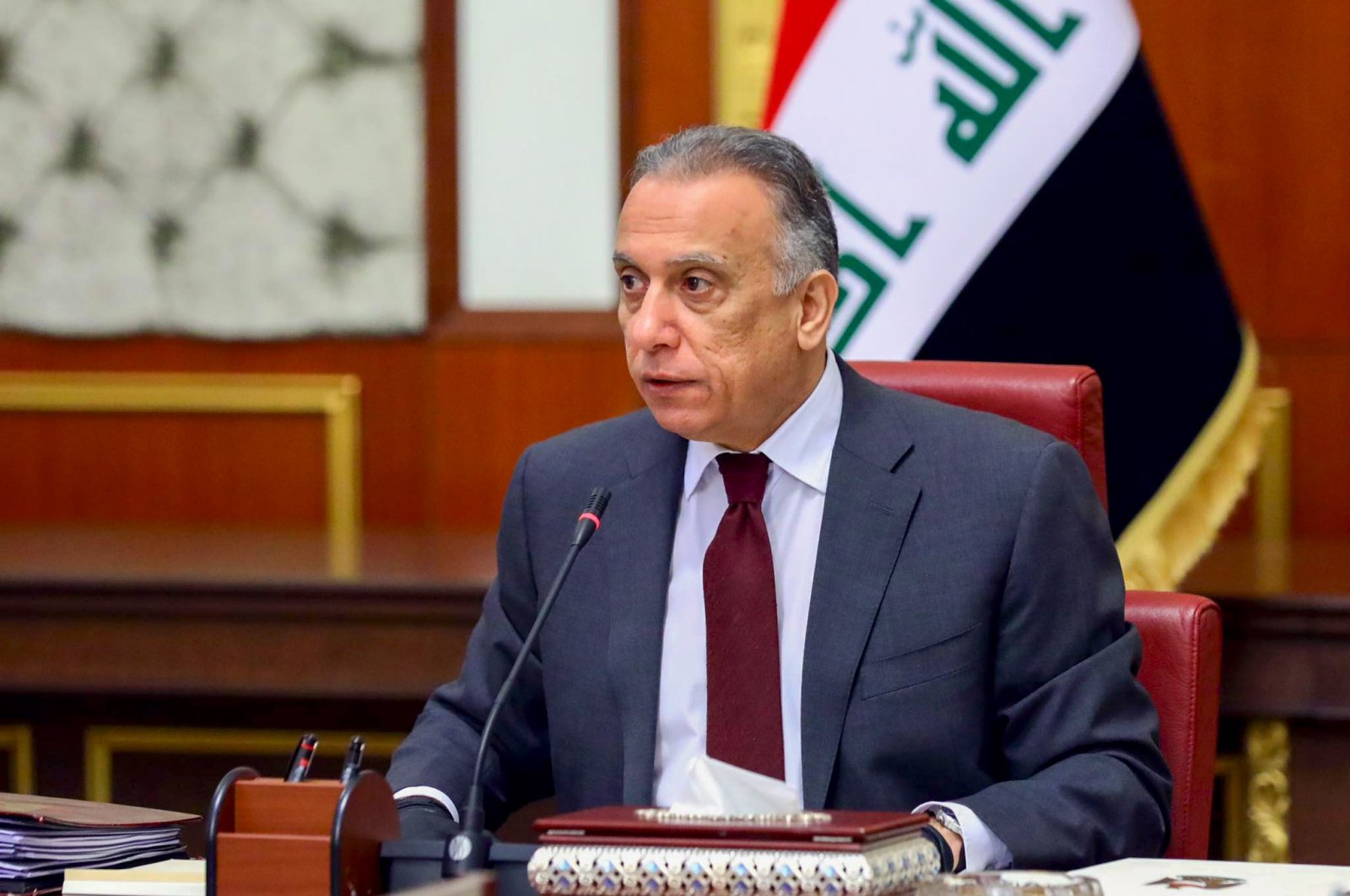 Iraqi Prime Minister Mustafa al-Kadhimi chairs the ministerial meeting of the new Iraqi cabinet, Baghdad, May 9, 2020. (AFP Photo)
by Compiled from Wire Services May 10, 2020 11:50 am

Newly elected Iraqi Prime Minister Mustafa al-Kadhimi said Saturday that the Iraqi cabinet will review a strategic agreement with the U.S. on the basis of protecting the unity and sovereignty of Iraq.

The U.S. killing of Iranian General Qassem Soleimani near Baghdad’s international airport has strained U.S.-Iraq ties. The two countries signed the Strategic Framework Agreement in 2008 based on a relationship of friendship and cooperation. Iraqi military bases housing U.S. troops as well as the U.S. embassy inside the heavily fortified Green Zone in central Baghdad have been frequently targeted by Iran-backed militia groups.

Parliament gave a vote of confidence Thursday to al-Kadhimi and his partial cabinet to succeed the resigned government of Adel Abdul-Mahdi. Al-Kadhimi managed to form a new government after two former prime ministers-designate, Mohammad Allawi and Adnan Al-Zurfi, failed to garner support.

Iraq has been roiled by mass protests since early October because of poor living conditions and corruption, forcing Prime Minister Adil Abdul-Mahdi to resign. At least 496 Iraqis have been killed and 17,000 injured since demonstrations began Oct. 1, according to Iraq's High Commission for Human Rights.