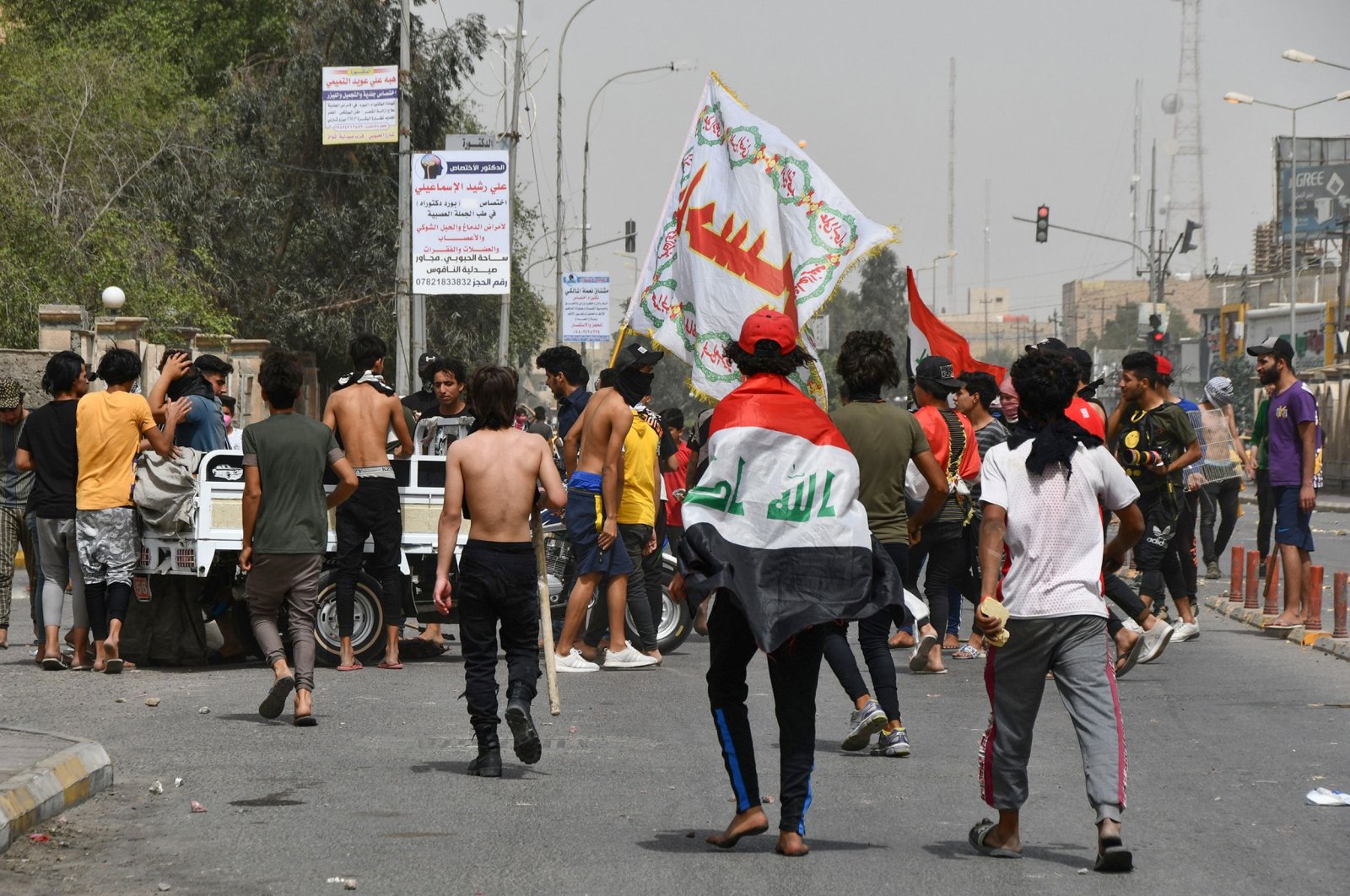 Iraqi protesters gather to block a street during an anti-government demonstration in Iraq's southern city of Nasiriyah, Dhi Qar province, May 10, 2020. (AFP Photo)
by Compiled from Wire Services May 10, 2020 1:17 pm
RECOMMENDED

The protesters also demanded authorities to bring to justice suspects in the killings of hundreds of demonstrators during rallies that had gripped Iraq late last year, witnesses said.

Parliament gave a vote of confidence Thursday to Mustafa al-Kadhimi and his partial cabinet to succeed the resigned government of Adel Abdul-Mahdi. Al-Kadhimi managed to form a new government after two former prime ministers-designate, Mohammad Allawi and Adnan al-Zurfi, failed to garner support. The new Iraqi premier has long been seen as Washington's man in Baghdad, but he has also forged close ties with America's archenemy, Iran.

Al-Kadhimi was Iraq's spy chief when the protests broke out. Iraq's new government promised Saturday to release demonstrators arrested during mass protests that erupted in October and pledged justice and compensation to relatives of people killed during that unrest.

Street protests have roiled Iraq since early October, with demonstrators calling for the resignation of the government, the dissolution of parliament and an overhaul of the country's political system, which has been in place since the 2003 U.S.-led invasion. Those protests were marred by a deadly crackdown on demonstrators. At least 550 Iraqis have been killed and 17,000 injured since demonstrations began Oct. 1, according to Iraq's High Commission for Human Rights.