Iraqis vote in general election in test for democratic system 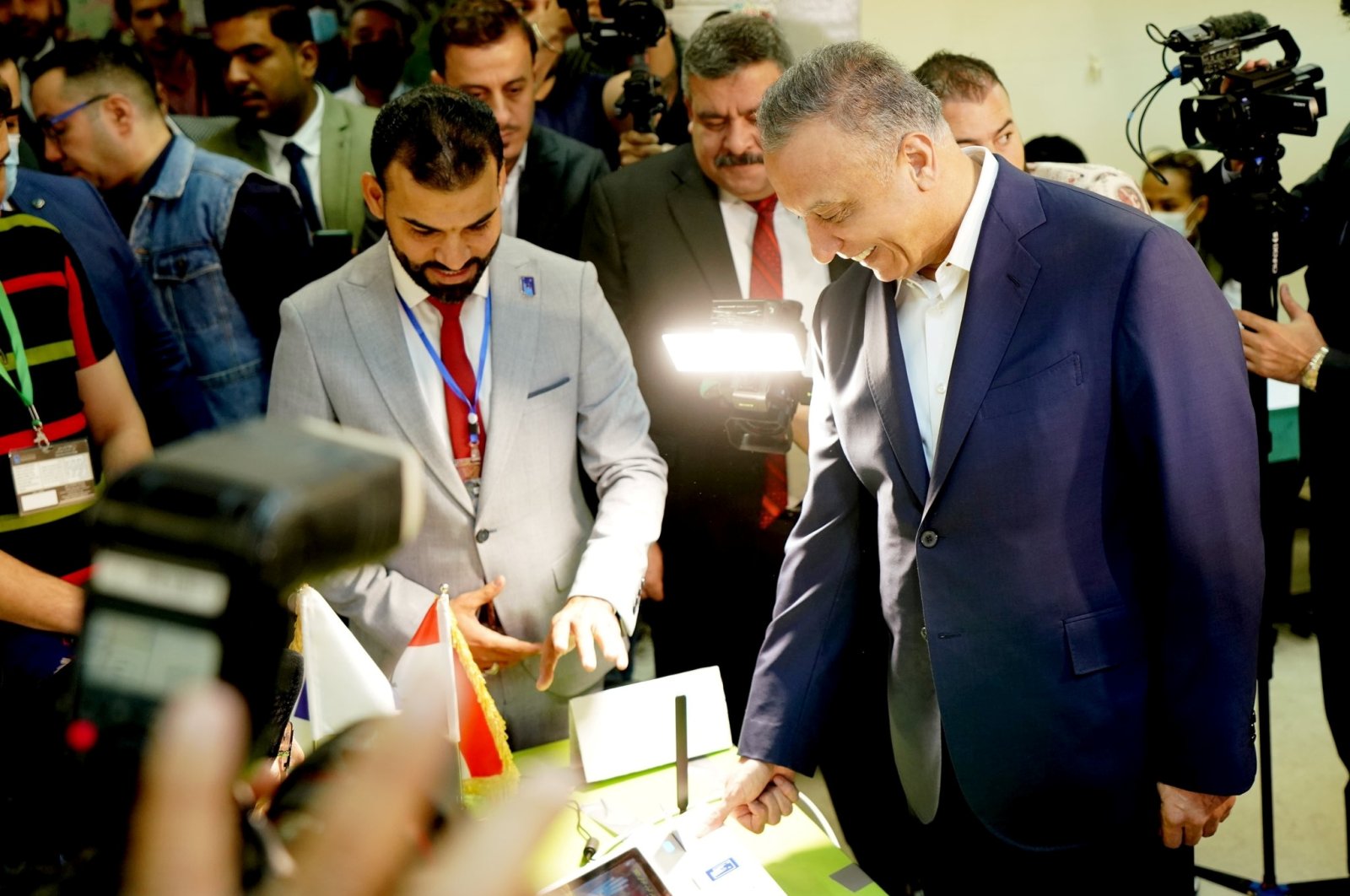 Iraqis started voting Sunday in a parliamentary election brought forward in response to monthslong street protests in favor of reform.

The elections are the second since Iraq declared military victory over the Daesh terrorist group almost four years ago. While the terrorists have been weakened, Daesh cells remain active and regularly carry out attacks in parts of Iraq.

Prime Minister Mustafa al-Kadhimi voted in Baghdad and called for wide participation in the balloting.

"Your votes are precious. Don't miss the chance for change," he said after voting, addressing Iraqis.

Al-Kadhimi, who took office in May of last year, brought forward the vote by several months in response to the protests. The mandate of the assembly, elected in 2018, was due to expire in 2022.

Mass protests erupted in Iraq in 2019, with demonstrators calling for the government to resign, the dissolution of parliament and an overhaul of the country's political system, which has been in place since the 2003 United States-led invasion.

The protesters also decried rampant corruption and a shortage of basic services including electricity. Many Iraqis are disillusioned with politics, and supporters of the protest movement have called for the boycott of the election.

They are disinclined to vote, ruling out any change in the balance of power within the existing political system.

"Little change is expected to happen in this election. The ruling elite is entrenched so that they will not be removed from power and will maintain their grip," Iraqi analyst Farhad Alaaldin said.

However, Hussain al-Hendawi, an adviser to the premier for election affairs, predicted a high voter turnout.

"We are pleased with the good organization (of the election) and the scale of the turnout," he told reporters in Baghdad without giving specific figures.

Around 3,249 candidates, including 951 women, are vying for seats in the 329-strong parliament. A quarter of the seats are allocated for women. Nearly 25 million people are eligible to vote at polls that will remain open across Iraq until 6 p.m. Initial results are expected Monday.