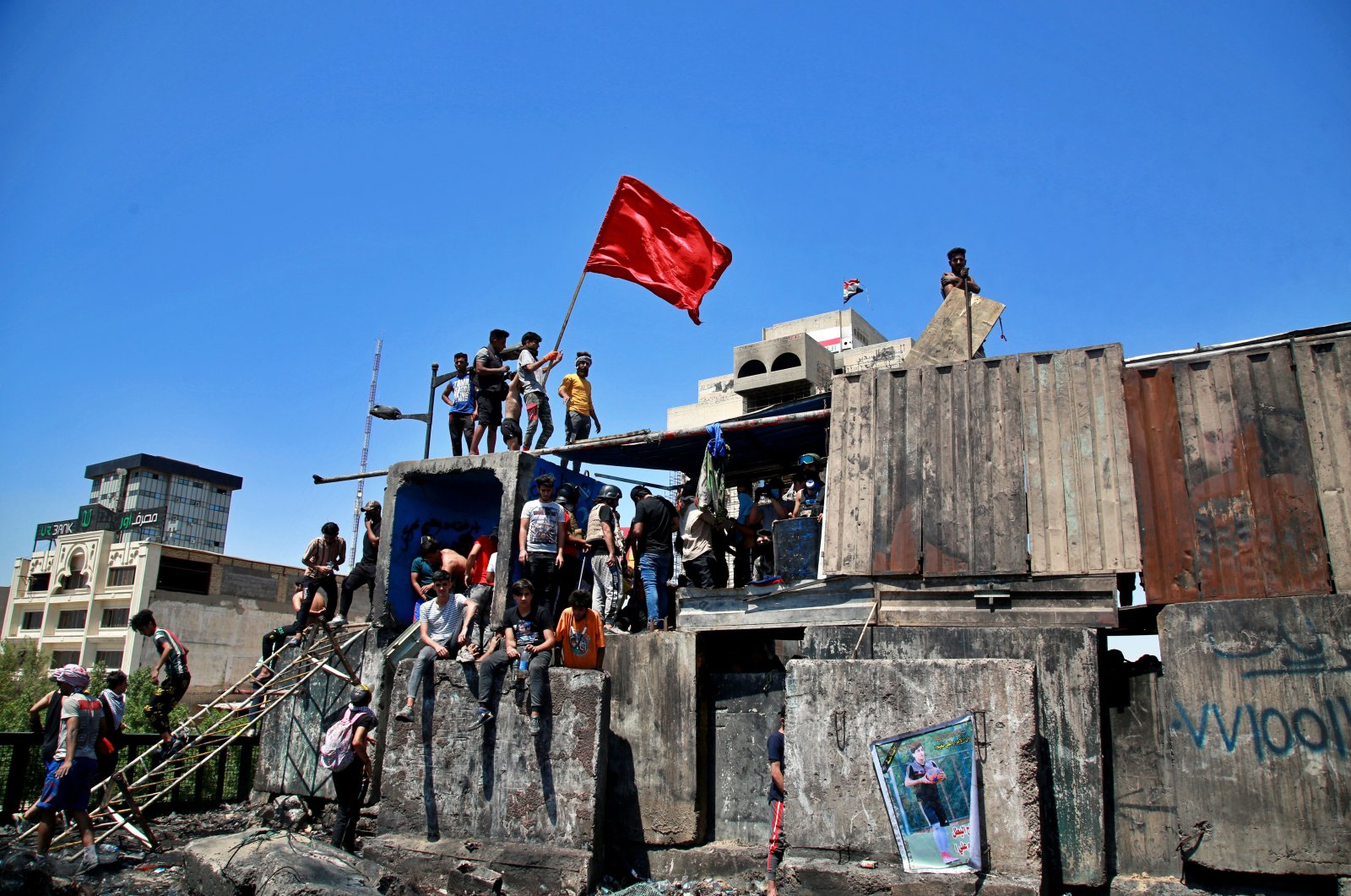 Anti-government protesters stage a sit-in on barriers set up by security forces to close the Jumhuriyah Bridge leading to the Green Zone government area, during ongoing protests in Baghdad, Iraq, May 10, 2020. (AP Photo)
by ASSOCIATED PRESS May 10, 2020 6:17 pm
RECOMMENDED

Iraq's judiciary ordered courts on Sunday to release anti-government protesters, carrying out one of the first decisions of the recently inaugurated prime minister just as dozens of demonstrators burned tires in renewed protests against the new leadership.

The Supreme Judiciary Council said in a statement that it had ordered the release of protesters detained since those demonstrations erupted, in line with the new prime minister's call.

The council released detainees based on Article 38 of the constitution which guarantees the right to protest, “provided that it is not accompanied by an act contrary to the law," the statement said.

In a press briefing Saturday night following his first Cabinet meeting as premier, al-Kadhimi said demonstrators should be protected and that all protesters should be released, except those involved in violence.

Protests erupted in Baghdad and across the country's south on Oct. 1, when frustrated Iraqis took to the streets to decry rampant government corruption, unemployment and poor services. Human rights groups say at least 600 people died in the following three months at the hands of Iraqi security forces who used live fire and tear gas to disperse the crowds.

The demonstrations petered out with the rise of the coronavirus pandemic, though dozens of protesters are still camped out in Baghdad's Tahrir Square determined not to let the movement die.

Al-Kadhimi also said he was promoting al-Saadi to become head of Iraq's elite Counter-Terrorism Service, just as the country was experiencing an uptick in attacks by Daesh in the north. Previously, the general was a force commander in the service before Abdul-Mahdi demoted him in September to a post in the Defense Ministry. The Iraqi public considered his sudden demotion a sign of corrupt government practices and took to the streets in outrage.

Al-Saadi, 56, was one of the leading commanders in the fight against Daesh and the battle to retake Mosul, taking the lead in many operations.

In a recent briefing with reporters, American Lt. Gen. Pat White, head of the Combined Joint Task Force responsible for fighting Daesh, said the group was failing “miserably” in a renewed campaign to launch more attacks.

Daesh "leadership has stated what their intent is, and they do this every year. They put out what is generally described as a military campaign,” he said. “To date, they have failed miserably at achieving those goals.”

Still, plumes of acrid smoke choked the air Sunday as protesters, unpersuaded by al-Kadhimi’s decisions, returned to the streets and burned tires on a key bridge leading to the heavily fortified Green Zone, the seat of Iraq’s government.

Protesters said they rejected al-Kadhimi and any candidate chosen by the political establishment and gathered by the dozens near Jumhuriya Bridge, closed off since late last year in a standoff with riot police.