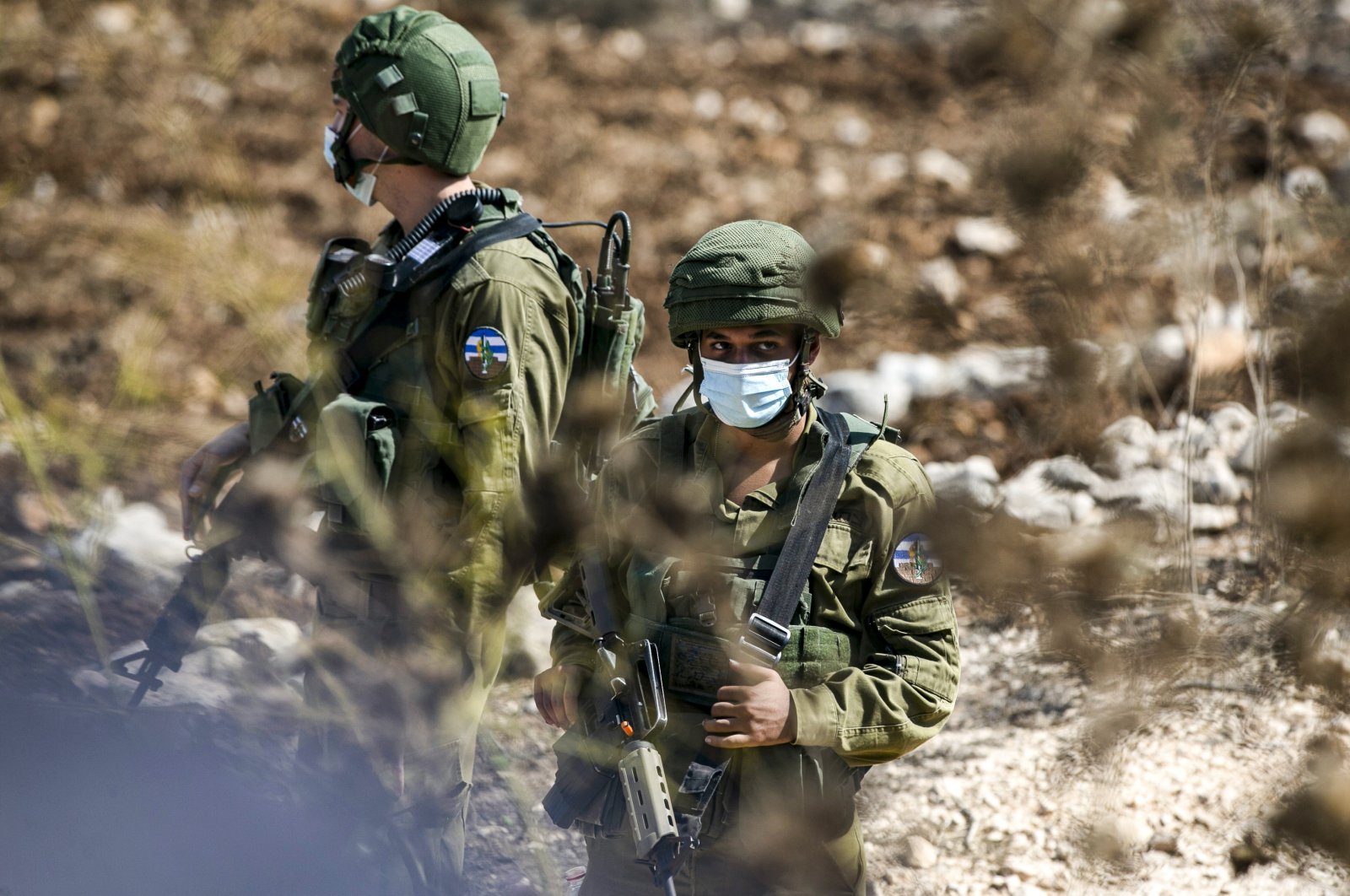 Israeli soldiers, mask-clad due to the coronavirus pandemic, stand by in the town of Asira Shamaliya in the occupied West Bank near Nablus, Palestine, Oct. 9, 2020. (AFP Photo)
by French Press Agency - AFP Oct 09, 2020 5:56 pm
RECOMMENDED

The Israeli army said Friday it was holding the body of a Palestinian shot dead in a West Bank clash earlier this week, ending days of uncertainty over his fate.

The announcement follows a policy change last month in which Israel said it would not return the bodies of any Palestinian killed during or as a result of an anti-Israeli attack.

"Troops spotted three assailants who hurled Molotov cocktails at them," the army said Friday. "The troops responded with fire."

In an initial statement Monday, the army had not mentioned Hamidi was killed, but his death was then reported by Palestinian media.

On Friday, after repeated requests including from Agence France-Presse (AFP), the army named him.

The family of Hamidi, from the village of Beit Lid, close to the Israeli settlement at Einav, has refused to receive condolence visits until his body is returned.

Hamidi is reported to have been released from an Israeli prison in 2018, after a 40-month term for throwing stones and Molotov cocktails at Israeli traffic.

In early September, Israel said it would withhold the bodies of all slain Palestinians. At the time, Defense Minister Benny Gantz said the policy change was part of a broader campaign of "deterrence."

Rula Shadeed, of Palestinian rights group Al-Haq, said the policy was "part of the collective punishment inflicted on the Palestinian people, contrary to international law."

Palestinian campaigners demanding the return of the remains of "martyrs" claim that Israel has been holding in storage the bodies of at least 66 Palestinians, and has buried 254 others since 2015.

In August, before the new policy was announced, 16-year-old Palestinian Mohammed Hamdan died after he was shot in clashes in the occupied West Bank village of Deir Abu Mishaal, a village leader said. His body has not been returned to his family.