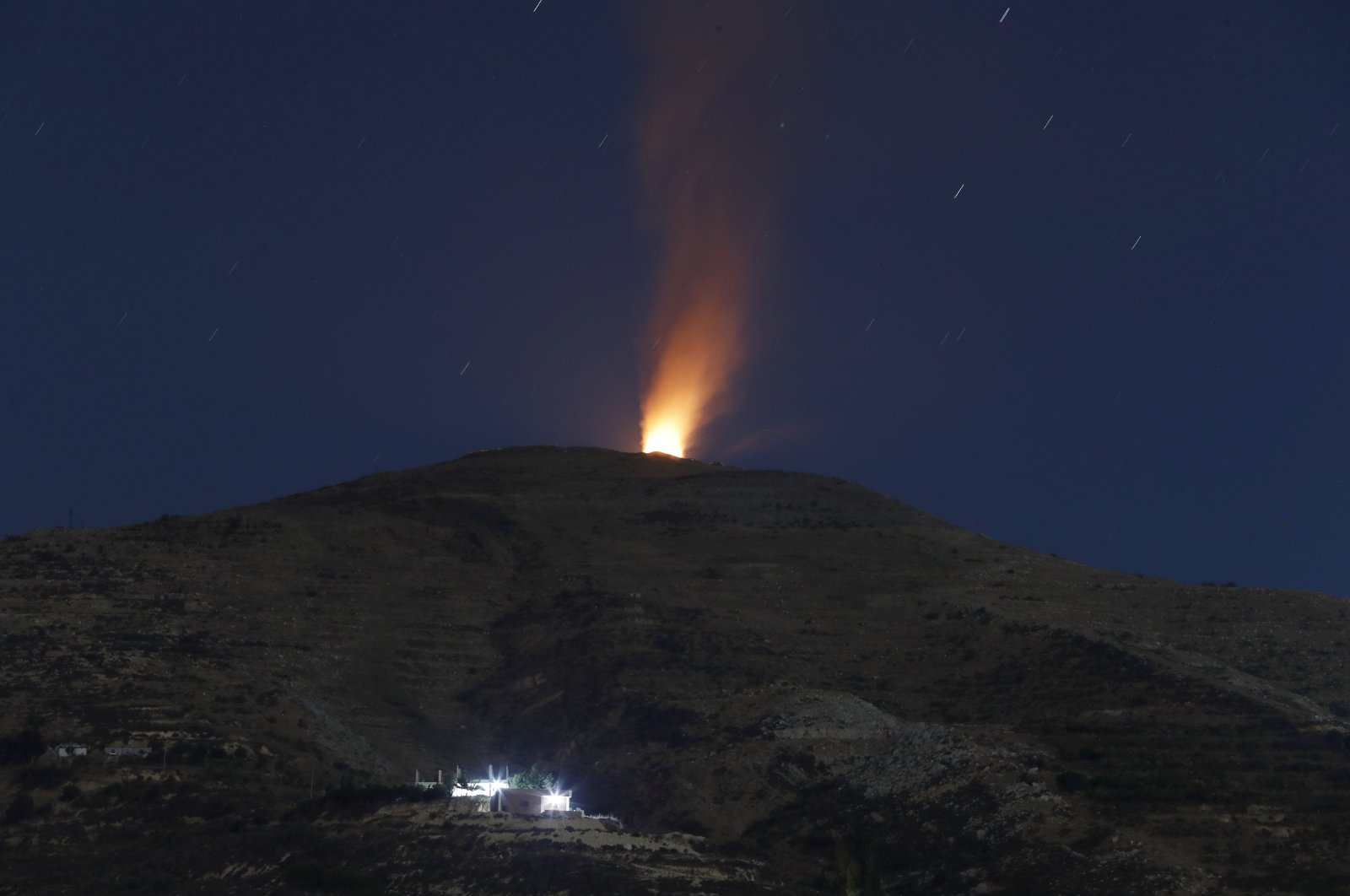 A long exposure picture taken from the Druze village of Majdal Shams in the annexed Golan Heights shows flames rising from the Syrian side of the border after an alleged strike, Aug. 17, 2021. (EPA Photo)
by REUTERS Aug 17, 2021 11:45 pm

Explosions were heard Tuesday in Quneitra province in southwestern Syria near the border with Israel, an area where military defectors say Iranian-backed militias are dug in, pro-Assad regime media said.

The Lebanese Mayadeen television channel said that Israeli missiles struck an area near the Druze frontier town of Hadr, a particularly sensitive zone as it lies next to the Golan Heights that Israel captured from Syria in 1967.

The area near where United Nations peacekeepers maintain a longstanding cease-fire between Israel and Syria has a strong presence of Iranian-backed militias led by the Lebanese Hezbollah group.

Israel has over the last two years dramatically expanded airstrikes on suspected Iranian targets in Syria to repel what it sees as a stealthy military encroachment by its regional archenemy.

Israel says it will not allow Iran and its militias to establish a permanent military presence along its borders that would allow Hezbollah to pose a major threat to its security.