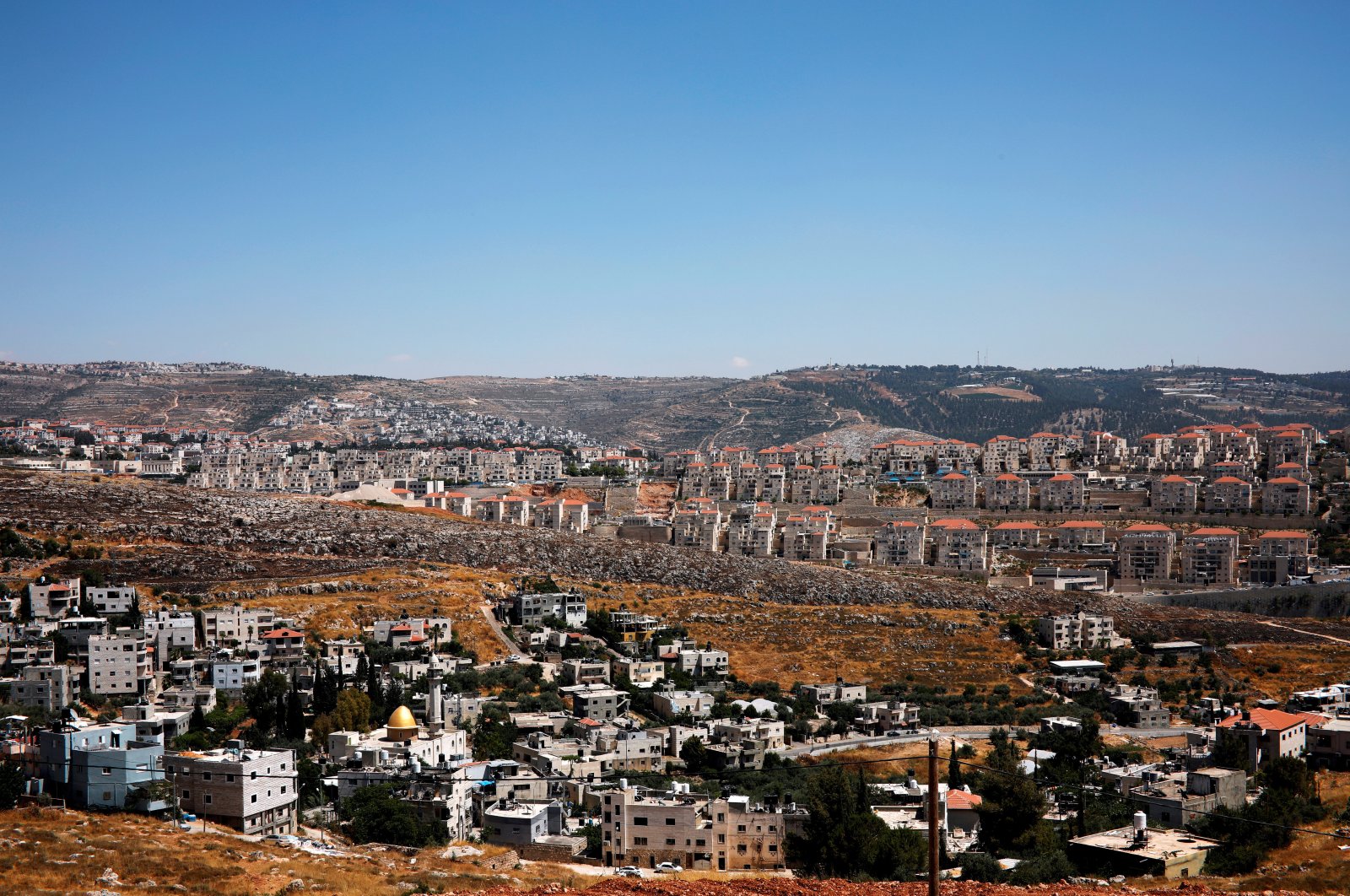 A general view shows Palestinian houses in the village of Wadi Fukin as the Israeli settlement of Beitar Illit is seen in the background in the occupied West Bank, June 19, 2019. (REUTERS Photo)
by Anadolu Agency
Nov 08, 2020 5:31 pm

The Israeli Cabinet on Sunday approved the construction of a new settlement near the border with the Gaza Strip, according to Israeli Channel 12.

Ahead of the Cabinet meeting, Prime Minister Benjamin Netanyahu said the government will approve the building of a new settlement near Gaza.

Israeli daily Yediot Ahronoth reported that the new settlement will house around 500 families and will be named "Hanun."

The Israeli government said it will allocate 1 million Israeli new shekels ($296,000) for the development of the infrastructure in the new settlement, which will be within the area of Israel's Sdot Negev Regional Council.

There was no comment from the Palestinian authorities on the report.

The West Bank, including east Jerusalem, is regarded as occupied territory under international law, thus making all Jewish settlements there illegal.