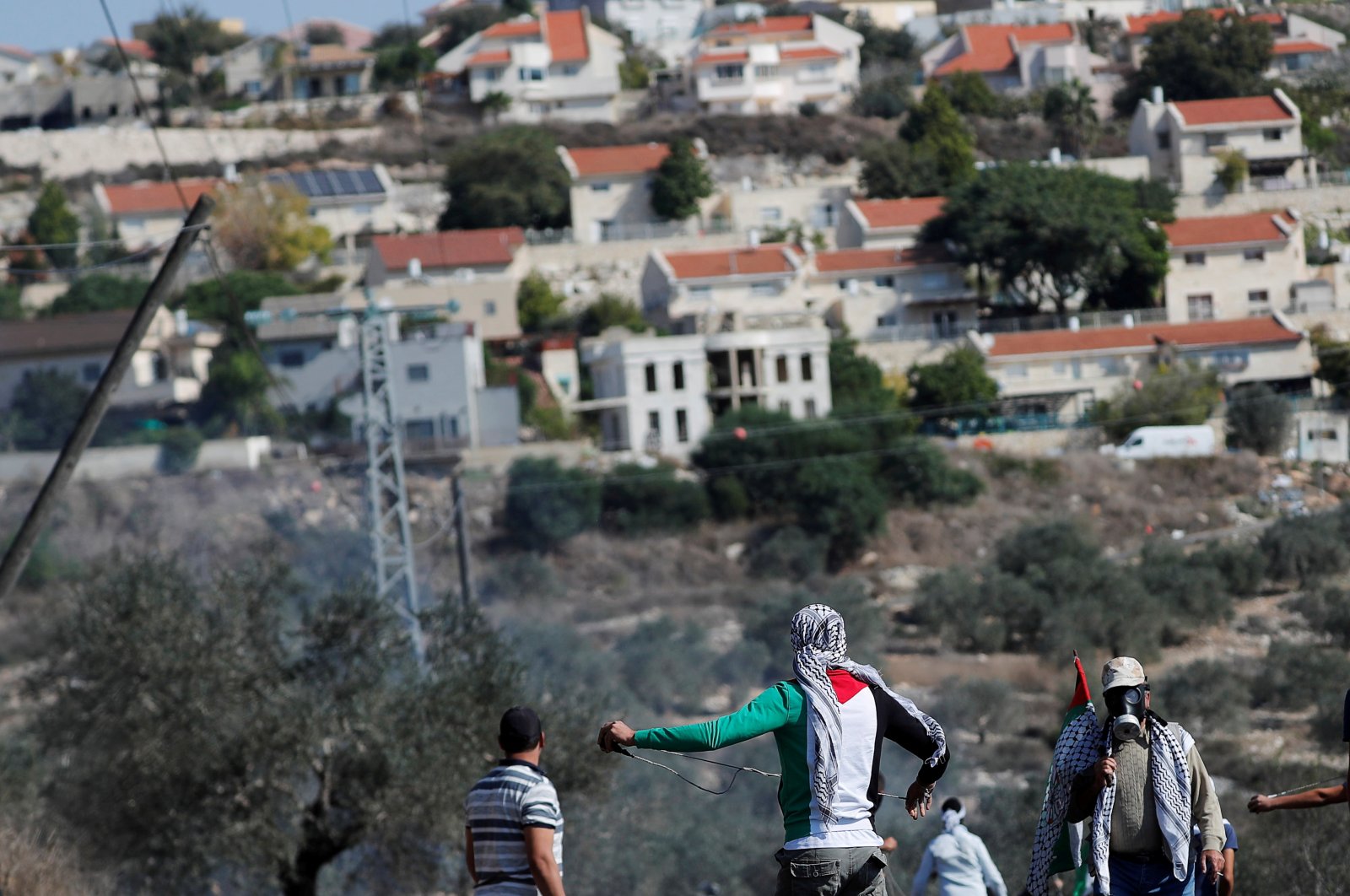 Palestinian demonstrators stand in front of a Jewish settlement during a protest, in Kafr Qaddum in the Israeli-occupied West Bank, Palestine, Nov. 13, 2020. (Reuters Photo)
by Agencies Jan 11, 2021 2:13 pm
RECOMMENDED

Israel on Monday advanced plans to build 800 new settler homes in the occupied West Bank, a move that could strain ties with the incoming administration of U.S. President-elect Joe Biden.

The announcement was widely expected ahead of the Jan. 20 inauguration of Biden, who, unlike outgoing President Donald Trump, has been critical of Israeli settlement policies in the past.

"The prime minister ordered the advancement of construction of hundreds of homes in Judea and Samaria," the statement issued by Israeli Prime Minister Benjamin Netanyahu's office said, using the Biblical names for the West Bank, as Reuters reported.

It said the 800 homes would be built in the settlements of Beit El, Tal Menashe, Rehelim, Shavei Shomron, Barkan, Karnei Shomron and Givat Zeev, but gave no starting date for construction.

Palestinians have condemned Israeli settlement activity as an obstacle to the creation of a state they seek to create in the occupied West Bank, East Jerusalem and the Gaza Strip. Most of the international community considers Israel's West Bank settlements illegal according to international law and an obstacle to a two-state solution to the conflict.

"It is an attempt to race against time and benefit from the last days of the current U.S. administration," Wasel Abu Youssef, a member of the Executive Committee of the Palestine Liberation Organization (PLO), told Reuters Monday.

Trump's administration provided unprecedented support to Israel in its conflict with the Palestinians, including by abandoning a decades-old U.S. policy of opposing settlements. Republican president has also delighted Israeli leaders and angered Palestinians by recognizing contested Jerusalem as Israel's capital and moving the U.S. Embassy there. U.S. Secretary of State Mike Pompeo last year became the first top U.S. diplomat to visit the occupied West Bank.

Gayil Talshir, a political scientist at Jerusalem's Hebrew University, said Netanyahu wants the settlement move "to be set in stone before the Biden administration comes into office, and maybe changes Israeli-American tacit understandings on settlements that existed under Trump."

Netanyahu also wants to tell voters he is "the only leader who can stand up to Biden and make sure he doesn't dictate our policy in the (Palestinian) territories," Talshir said.

As vice president under Barack Obama, Biden was put in an uncomfortable position during a visit to Israel in 2010 when Israel announced plans for a settlement in a West Bank area annexed to Jerusalem. Arriving 90 minutes late for dinner with Netanyahu, Biden condemned the decision as undermining U.S.-Israeli trust.