Israel approves spying on own citizens to fight coronavirus 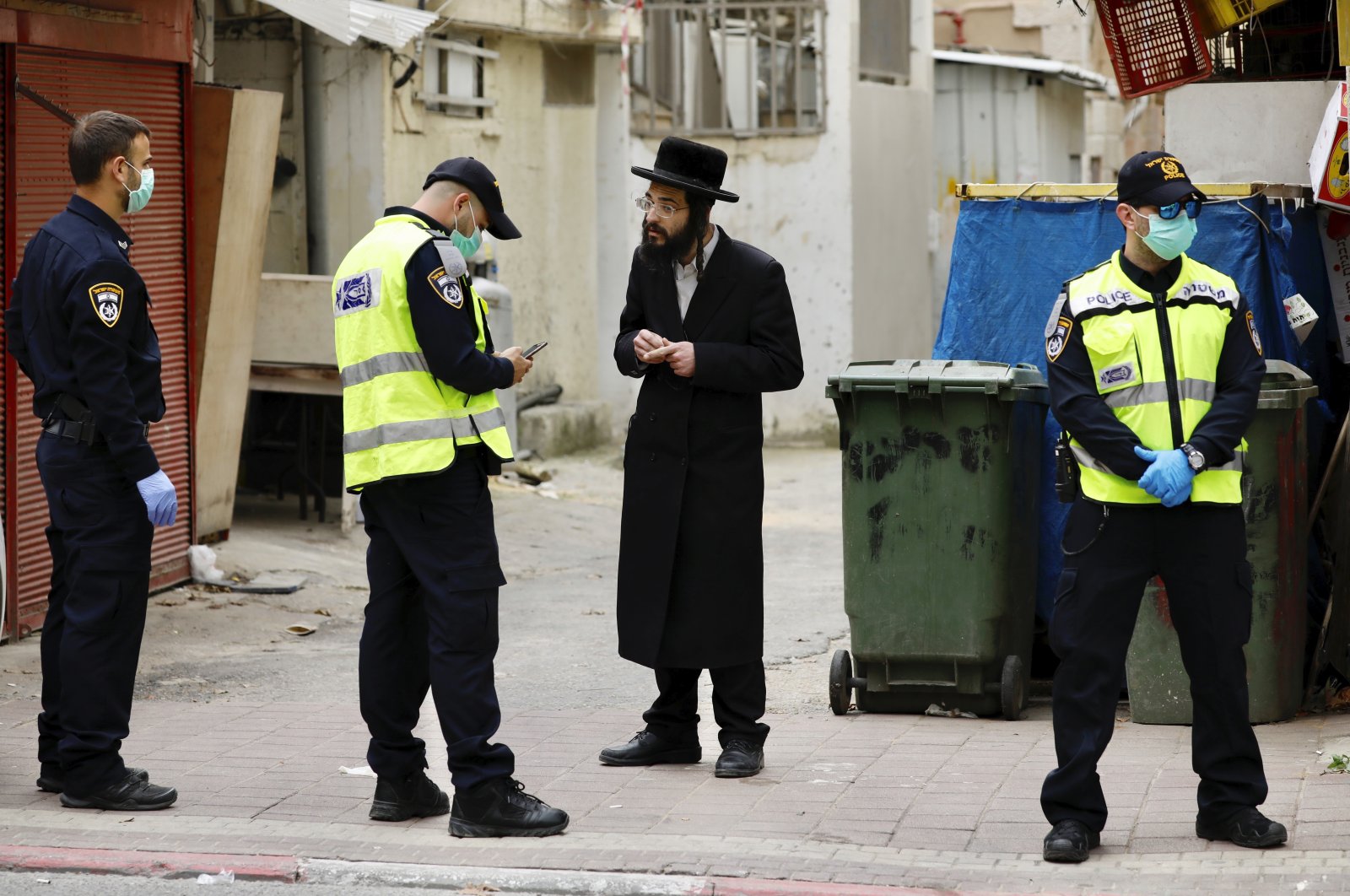 An ultra-Orthodox Jewish man is questioned by an Israeli police officer as part of the government's measures to stop the spread of the coronavirus, in the Orthodox city of Bnei Brak, a suburb of Tel Aviv, Israel, Tuesday, March 31, 2020. (AP Photo)
by French Press Agency - AFP Mar 31, 2020 9:58 pm
RECOMMENDED

An Israeli parliamentary committee Tuesday approved the collection of personal data on citizens by domestic spy agencies, a controversial measure enacted for the purpose of battling the coronavirus pandemic.

Earlier in March, the government authorized the country's intelligence agency Shin Bet to collect information from private cell phones to facilitate Israel's response to the new coronavirus, which has infected more than 4,800 people in the country.

Rights groups challenged the measure and the supreme court ordered parliament to create an oversight committee to consider whether to authorize the digital surveillance.

The oversight committee approved the decision "after marathon discussions," allowing "Shin Bet to help in efforts to halt the spread of coronavirus for a month" until April 30, parliament's foreign affairs and defense committee said in a statement.

With the support of the government, Prime Minister Benjamin Netanyahu had ordered Shin Bet to collect personal information after saying he would use every means possible "in the war against an invisible enemy."

According to details leaked to the press, this information could allow carriers of the virus to be unknowingly identified via their phone activity.

An appeal against the measure was lodged by rights groups and the country's third-largest political force, the Arab Joint List.

The Blue and White party of former general Benny Gantz had denounced the measure as "a dangerous decision" taken without parliamentary oversight.

A former rival of Netanyahu, Gantz is now in talks with the prime minister to form an "emergency unity government" to deal with the coronavirus crisis, following three elections that ended in deadlock.