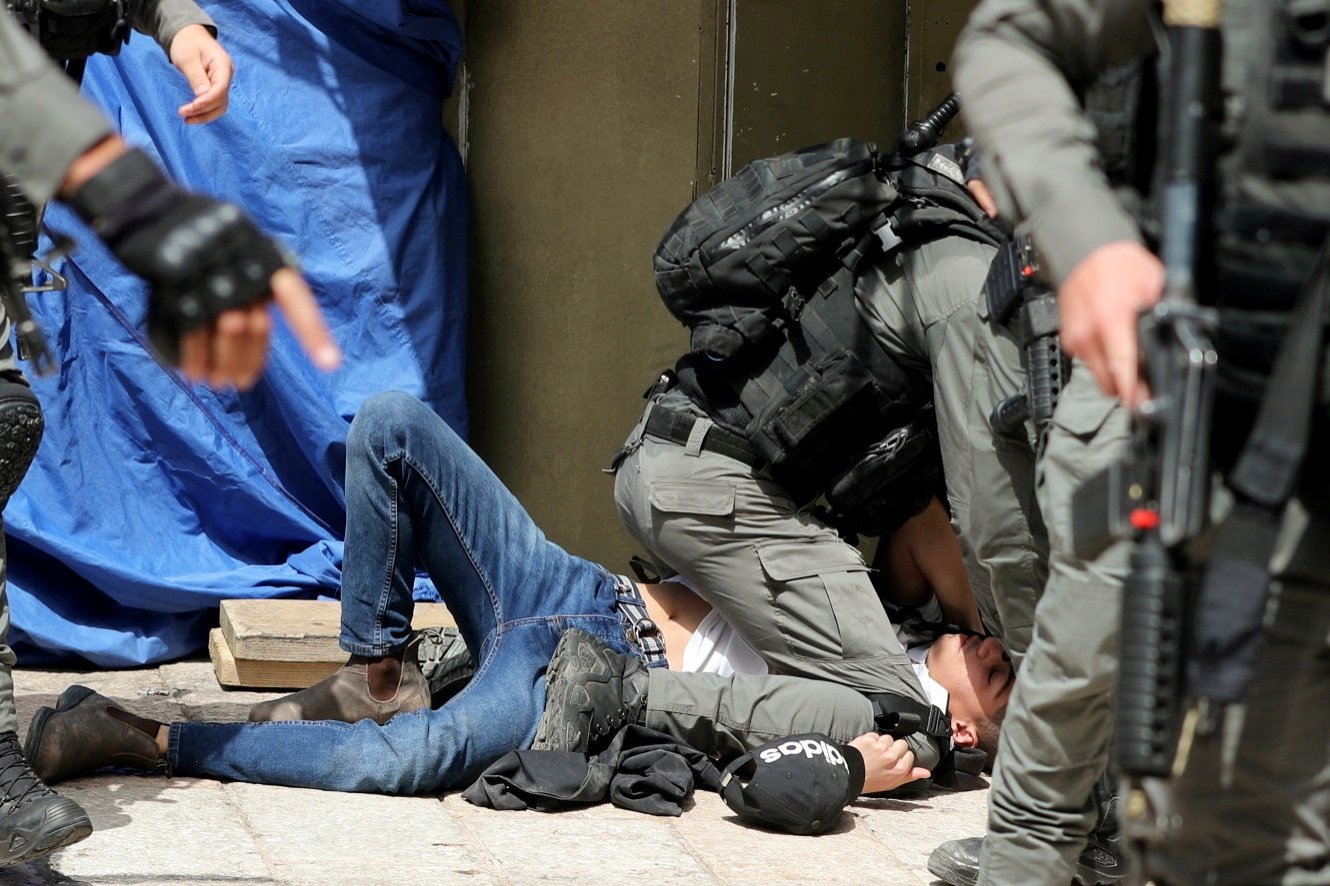 Israeli police detain a Palestinian at the Al-Aqsa Mosque complex, known to Muslims as the Noble Sanctuary, in East Jerusalem, occupied Palestine, May 10, 2021. (Reuters Photo)
by Anadolu Agency Jul 17, 2021 4:41 pm

Israeli forces arrested some 5,426 Palestinians, among them hundreds of women and children, in the first half of 2021, several Palestinian organizations said.

A total of 854 children and 107 women were among those taken into custody since the beginning of this year, said a joint report by the Commission of Detainees' Affairs, the Palestinian Prisoner Society, the Addameer Prisoner Support and Human Rights Association, and the Wadi Hilweh Information Center.

May saw widespread protests over Israel's attempts to displace Palestinians from the neighborhood of Sheikh Jarrah in East Jerusalem as well as other areas.

The report said most of the detainees, especially those in Jerusalem and Arab cities inside Israel, were released, but without providing an exact number.

The report estimates that 4,850 Palestinians are still held in Israeli prisons as of June 30, including 41 women, 225 minors and 540 people held under Israel's administrative detention policy, which allows detention of Palestinians without charge or trial.