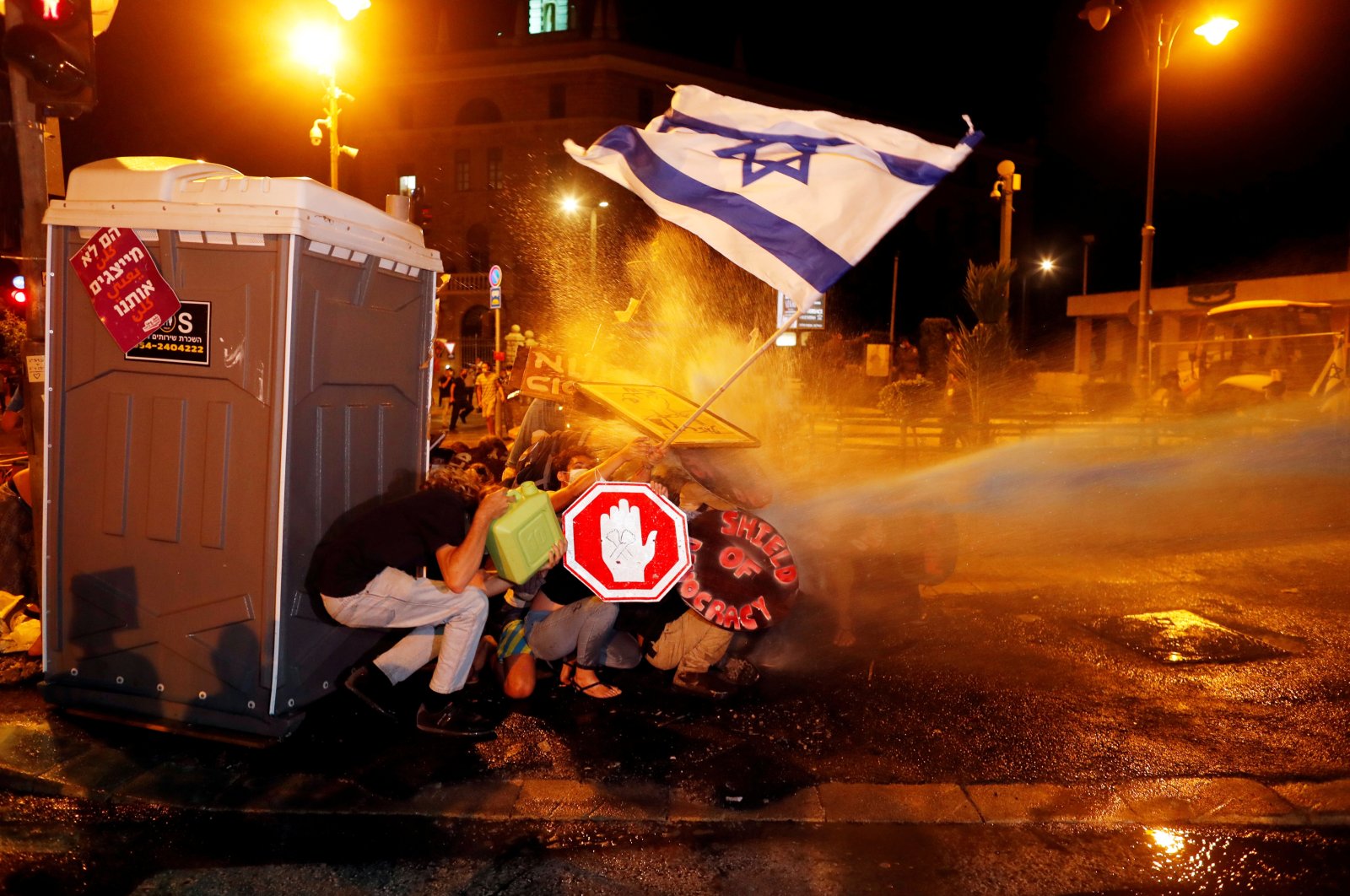 Police use water cannons during a protest against Israeli Prime Minister Benjamin Netanyahu's alleged corruption and his government's handling of the coronavirus crisis, near his residence in Jerusalem on July 26, 2020. (Reuters Photo)
by German Press Agency - DPA Jul 26, 2020 1:34 pm
RECOMMENDED

Tens of thousands of Israelis demonstrated against unemployment, corruption, and Prime Minister Benjamin Netanyahu's handling of the pandemic.

Police permitted protests outside Netanyahu's private villa in the coastal town of Caesaria, near his official residence in Jerusalem, in a seaside park in Tel Aviv and elsewhere in the country until shortly before midnight.

They even handed out face masks, Rosenfeld said. However, after five hours, they called on the largest crowd in Jerusalem to go home over police van loudspeakers.

They carried away protesters, who in a show of civil obedience, sat on sidewalks and refused their calls to disperse.

"Police will allow demonstrations, however, will not allow disturbances of the order," Rosenfeld said.

Netanyahu imposed a swift and strict lockdown in mid-March, which successfully contained the first wave of coronavirus in Israel.

The lockdown however badly hurt the economy, with unemployment crossing the 20% mark in the country of 9 million inhabitants.

Since the first lockdown was lifted in May, the number of daily new confirmed cases has spiraled, prompting the now-weekly anti-government protests to swell.

For the first time, protesters gathered after sunset on Saturday also outside Netanyahu's private villa in the central Israeli coastal town of Caesaria.

Israel currently has more than 33,000 active coronavirus cases, with under 100 patients on respirators. Some 27,000 have fully recovered.