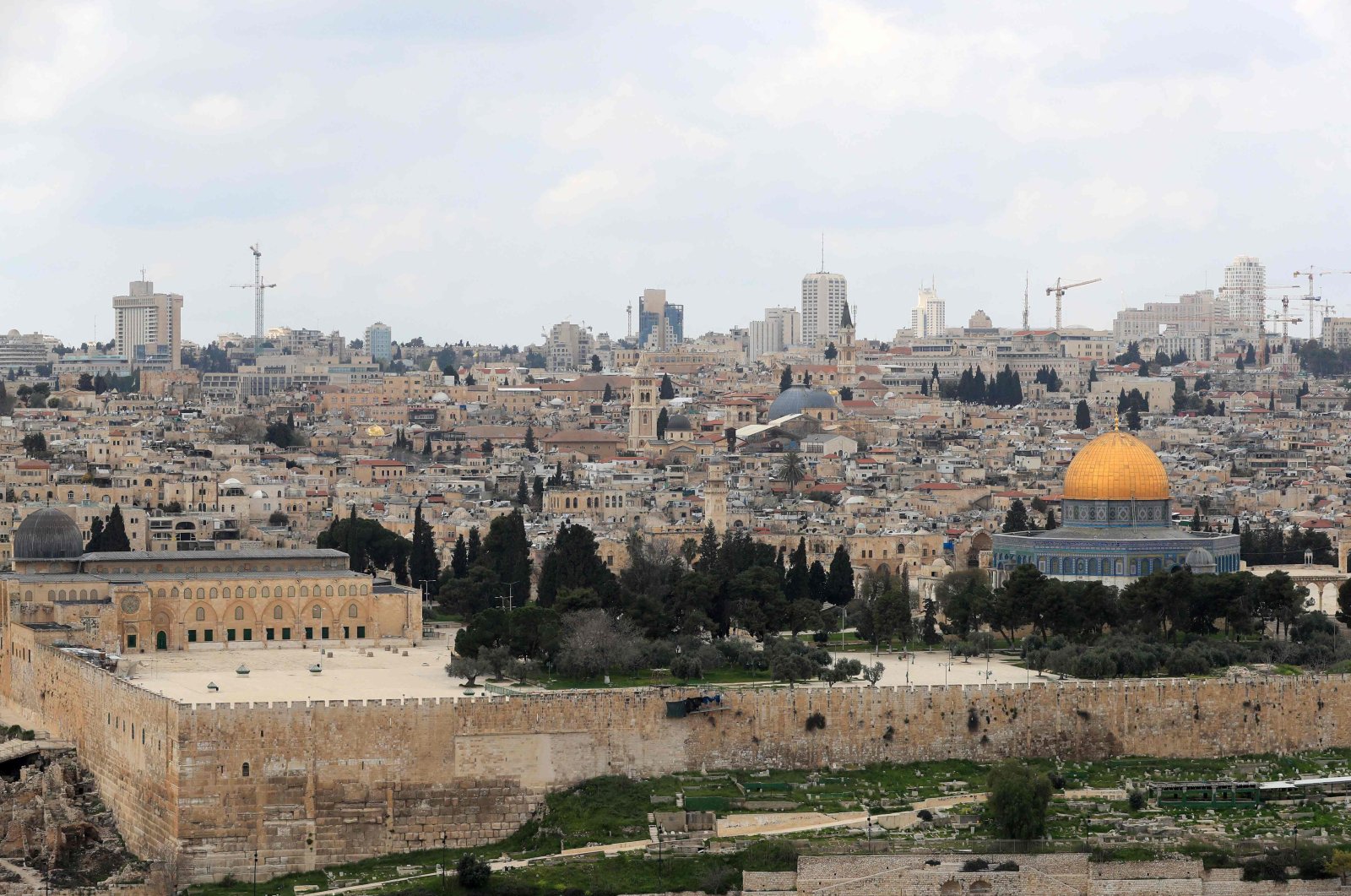 The al-Aqsa mosque compound is pictured deserted in Jerusalem's Old City after its access was closed to the public following the coronavirus COVID-19 outbreak, on April 2, 2020. (AFP Photo)
by Associated Press Apr 03, 2020 10:44 am
RECOMMENDED

Fadi al-Hidmi was arrested at his home in Suwana neighborhood near the Mount of Olives. His office circulated surveillance camera footage showing police searching his home with dogs. It said they confiscated 10,000 shekels (around $2,750). It was the fourth time he has been arrested.

The Jerusalem Affairs Ministry said in a statement the police broke down doors and smashed windows of the minister's house.

Israel captured East Jerusalem in the 1967 war and annexed it in a move not recognized internationally. International law views both the West Bank and East Jerusalem as occupied territories, and considers all Jewish settlement-building activity there illegal.The Palestinians want East Jerusalem to be the capital of their future state. Israel views the entire city as its capital.

Israel bars the Palestinian Authority, which governs parts of the occupied West Bank, from operating in East Jerusalem or carrying out any political activities there.

Palestinian officials said al-Hidmi was working to assist residents as part of their response to the coronavirus pandemic.

“Israel targets (those) who work for Jerusalem, even at such critical moments as we work to save our people’s lives from COVID19,” Prime Minister Mohammad Shtayyeh tweeted, referring to the illness caused by the virus. “We demand his immediate release.”

Israeli police spokesman Micky Rosenfeld said al-Hidmi was arrested “on suspicions of Palestinian activities in Jerusalem.” He said police searched the home and confiscated documents as well as “large sums of money.”

He said the arrest was not connected to any efforts to combat the pandemic.

Israel has reported more than 7,000 cases and at least 36 deaths. The Palestinian Authority has reported 143 cases and one death in the territories it administers in the West Bank. Both have imposed sweeping lockdowns to try and slow the spread of the virus.

The virus causes mild to moderate symptoms in most patients, who recover within a few weeks. But it is highly contagious and can cause severe illness or death, particularly in older patients or those with underlying health problems.