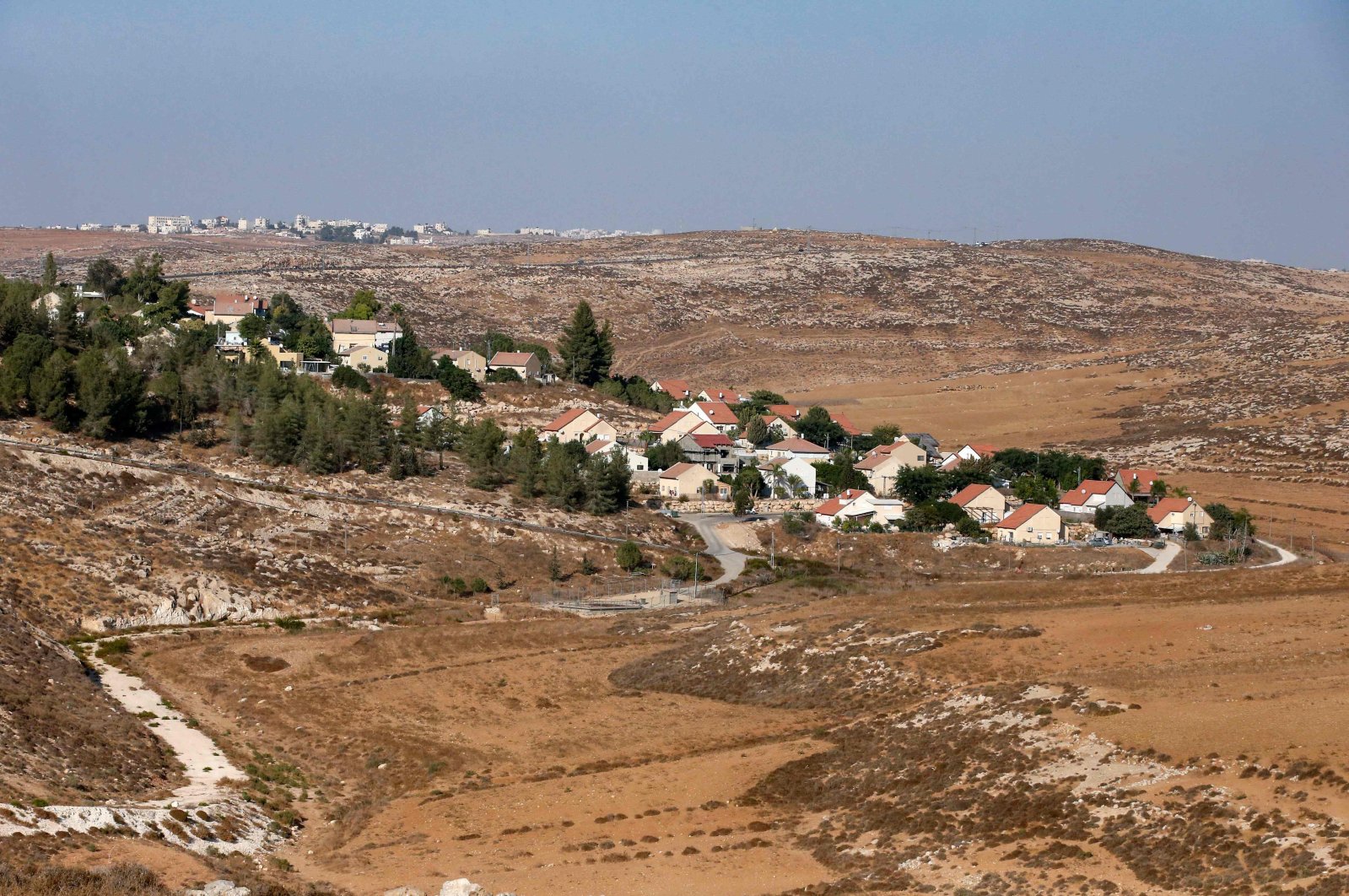 A picture taken on October 14, 2020, shows the Israeli Shimaa settlement south of the city of Hebron in the occupied West Bank, with the Palestinian village of Samua in the background. (AFP Photo)
by Anadolu Agency Oct 17, 2020 6:33 pm

Israel has approved the construction of 12,159 illegal settlement units in the occupied West Bank so far this year, the Palestine Liberation Organization (PLO) said Saturday.

On Thursday, the Israeli government approved a plan to build 3,212 new units in the Jewish-only settlements in the West Bank.

"The (Israeli) move came after the signing of normalization agreements with the United Arab Emirates (UAE) and Bahrain under U.S. auspices," the PLO said in a statement.

Last month, the UAE and Bahrain agreed to establish full diplomatic, cultural and commercial relations with Israel after signing controversial U.S.-sponsored agreements on Sept. 15 at the White House.

Abu Dhabi and Manama alleged that their deals with Israel halted the Israeli annexation plan, which takes up almost 30% of the occupied West Bank. However, on several occasions, Israeli officials, including Prime Minister Benjamin Netanyahu, confirmed the plan had only been postponed.

The West Bank, including East Jerusalem, is regarded as occupied territory under international law, thus making all Jewish settlements there illegal.