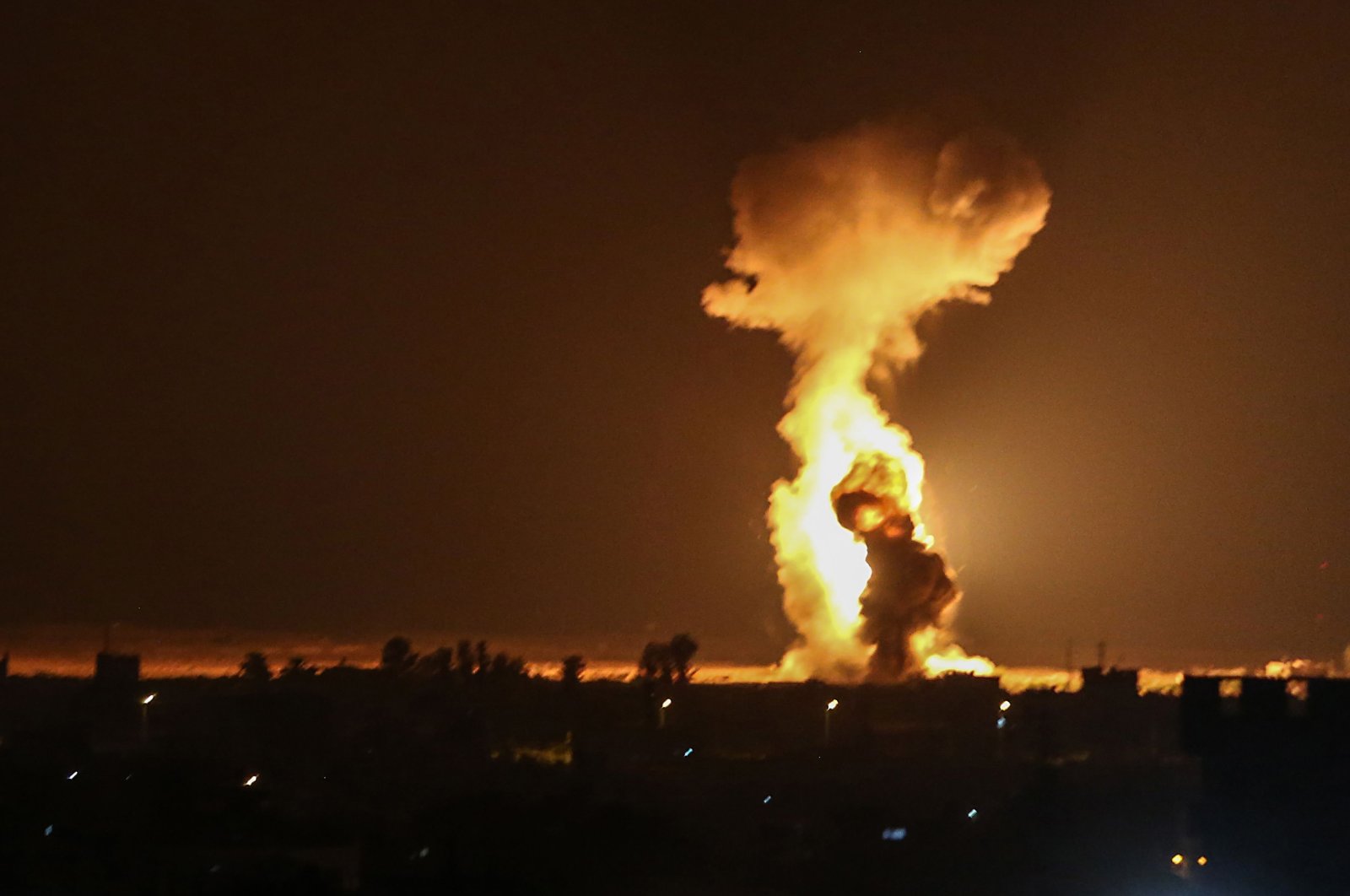 Smoke and flames rise after warplanes belonging to the Israeli military carried out airstrikes over the city of Rafah in the southern Gaza Strip, Palestine, Aug. 12, 2020. (AFP Photo)
by agencies Aug 12, 2020 12:31 pm
RECOMMENDED

The Israeli military said Wednesday it carried out overnight strikes on Hamas targets in the Gaza Strip after incendiary balloons were launched across the border from the Palestinian enclave.

The army said the strikes were "retaliation" for the launching of multiple balloons from the Hamas-run enclave in recent days.

Jets, attack helicopters and tanks struck a number of Hamas targets including "underground infrastructure and observation posts," a statement said.

Explosives tied to balloons and kites first emerged as a weapon in Gaza during intense protests in 2018.

On Tuesday Israel closed its Kerem Shalom goods crossing with the Gaza Strip in response to the balloon launches.

Hamas denounced the closure as an "aggressive" move that showed Israel's "insistence on laying siege" to Gaza, and warned it could cause further worsening of the humanitarian situation in the territory.

As the Kerem Shalom crossing closed, the Rafah crossing between Gaza and Egypt opened Tuesday for the first time since April.

The Kerem Shalom crossing is Gaza’s main commercial trade route, to all entries except humanitarian aid and fuel oil. A Palestinian official who did not want to be named told Anadolu Agency (AA) that the Israeli authorities had been preventing the entry of construction materials to the Palestinian side.

Traffic in both directions was to be permitted for three days, allowing Gazans to leave the enclave for the first time since the start of the pandemic.

The Rafah crossing provides Gaza's sole access to the outside world not controlled by Israel.

The Palestinian territory has been under an Israeli blockade since 2007.

Hamas and Israel have fought three wars since 2008.

Despite a truce last year, backed by the United Nations, Egypt and Qatar, the two sides clash sporadically with rockets, mortar fire or incendiary balloons.

Palestinian analysts say cross-border fire from Gaza is often used as a bargaining tool to secure Israel's green light for the entry of Qatari financial aid into the territory.