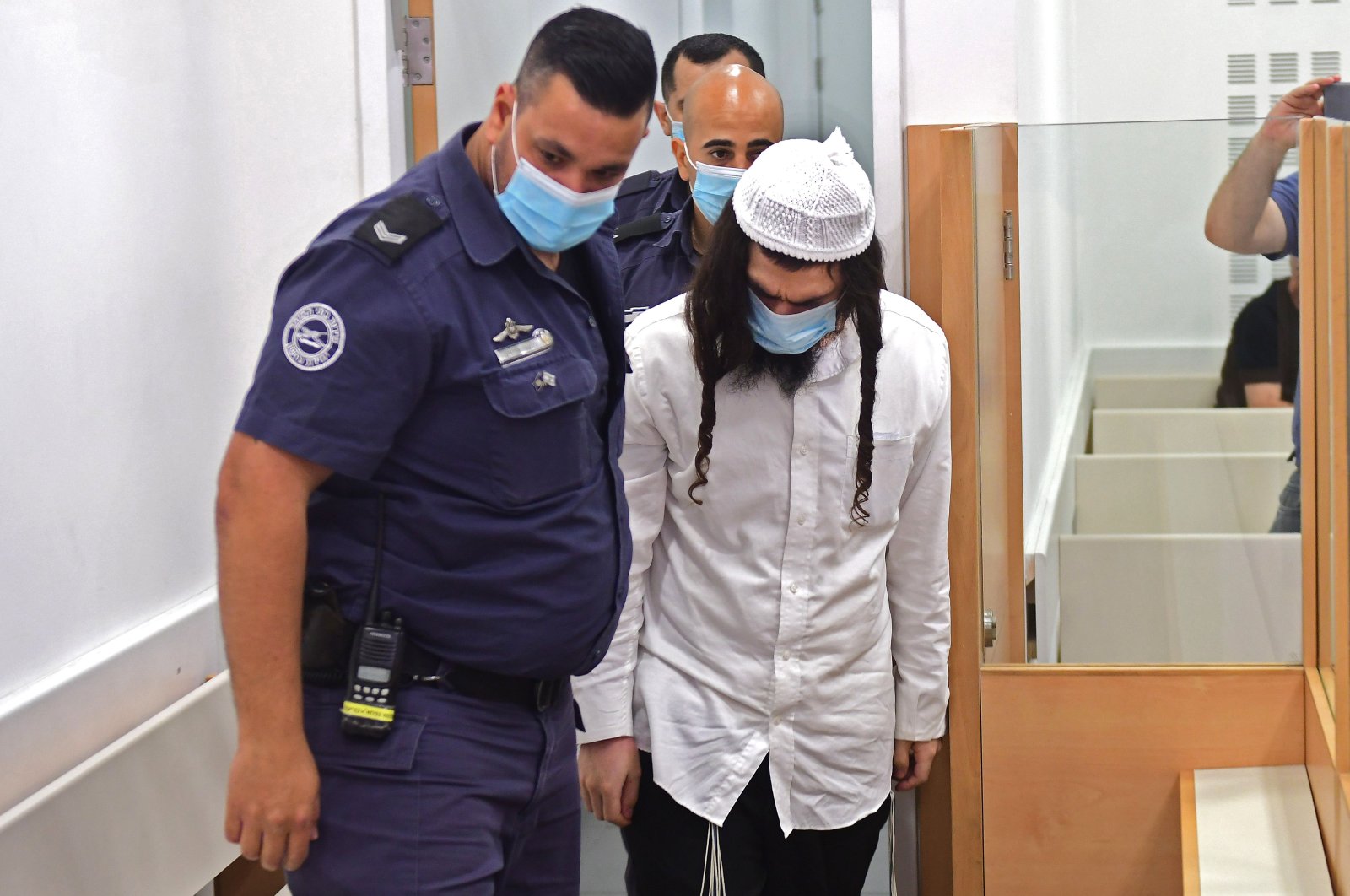 Amiram Ben-Uliel, a Jewish settler, is lead by police into court at the Central Lod District Court, in the central Israeli city on May 18, 2020, for his sentencing hearing over the 2015 arson attack that killed a Palestinian toddler and his parents. (AFP Photo)
by ASSOCIATED PRESS
May 18, 2020 10:10 am

An Israeli district court on Monday convicted a Jewish extremist settler of murder in a 2015 arson attack that killed a Palestinian toddler and his parents, a case that had sent shock waves through Israel and helped fuel months of Israeli-Palestinian violence.

"This trial won't bring my family back,” Hussein Dawabshe, the toddler’s grandfather, said outside the courtroom in central Israel. "But I don't want another family to go through the trauma that I have.”

At the time of the arson killing, Israel was dealing with a wave of vigilante-style attacks by suspected Jewish extremists. But the deadly firebombing in the West Bank village of Duma touched a particularly sensitive nerve.

The attack was condemned across the Israeli political spectrum, and Prime Minister Benjamin Netanyahu pledged "zero tolerance” in the fight to bring the assailants to justice. Investigators placed several suspects under "administrative detention,” a measure typically reserved for alleged Palestinian militants that allows authorities to hold suspects for months without charge.

Critics, however, noted that lesser non-deadly attacks, such as firebombings that damaged mosques and churches, had gone unpunished for years. And as the investigation into the Duma attack dragged on, Palestinians complained of a double-standard, where suspected Palestinian militants are quickly rounded up and prosecuted under a military legal system that gives them few rights while Jewish Israelis are protected by the country’s criminal laws.

The Shin Bet internal security service had said Ben-Uliel confessed to planning and carrying out the attack, and that two others were accessories. It said he claimed the arson was in retaliation for the killing of an Israeli by Palestinians a month earlier.

Ben-Uliel’s lawyers said they were not surprised by the verdict and claimed their client's confession was made under severe torture.

Ben-Uliel belonged to a movement known as the "hilltop youth,” a leaderless group of young people who set up unauthorized outposts, usually clusters of trailers, on West Bank hilltops – land occupied by Israel.

As the judges walked into the court, the 25-year-old Ben-Uliel sat slouched in the dock, a large white skullcap on his head and blue mask on his face, reading what looked to be a biblical text. He was exonerated of the charge of belonging to a terrorist organization.