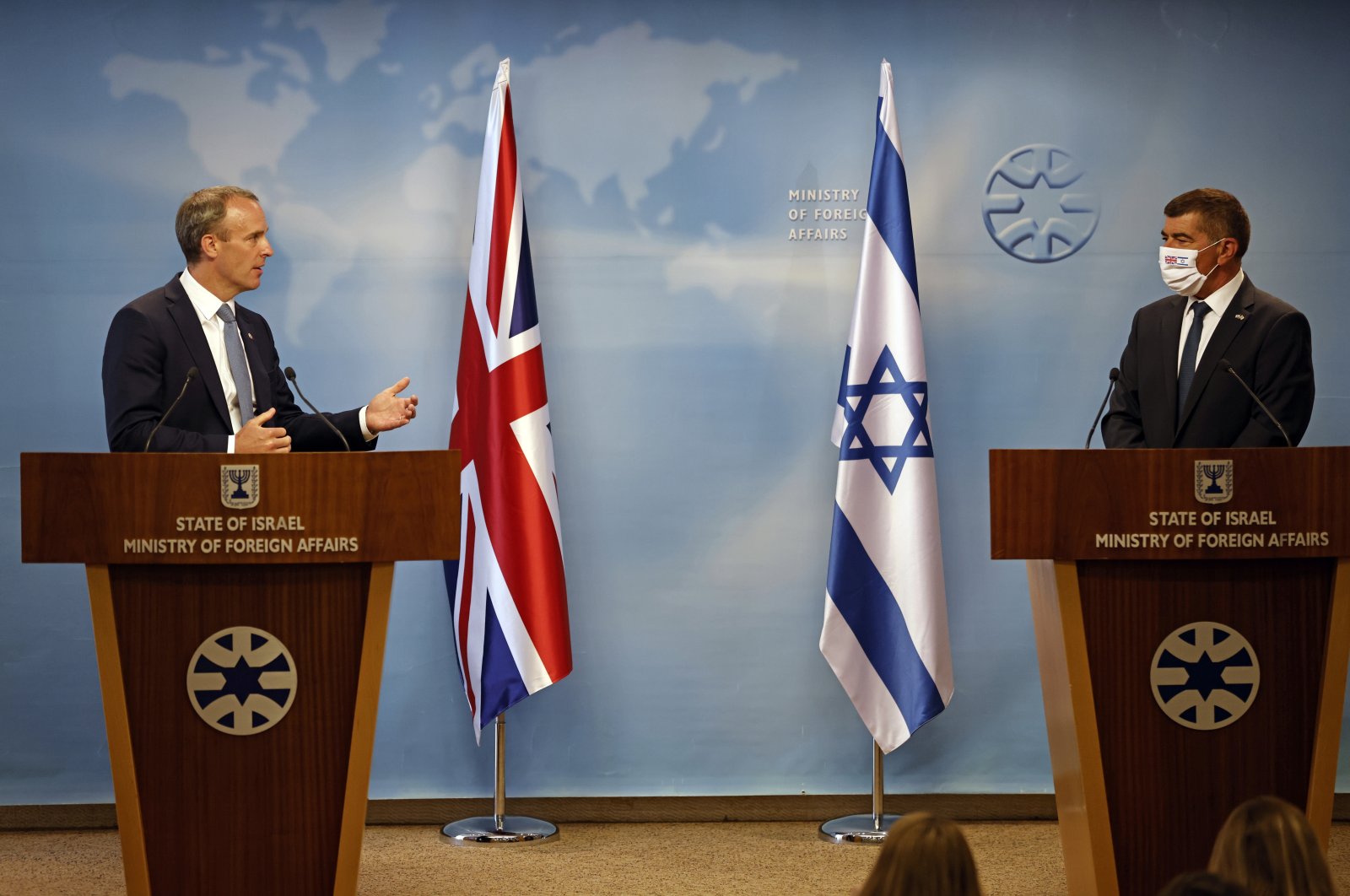 Israeli Prime Minister Benjamin Netanyahu on Tuesday demanded that Britain change its stance on Iran after London failed to go along with a U.S. attempt last week to extend an arms embargo on the country.

Netanyahu and other ministers who met with British Foreign Secretary Dominic Raab in Jerusalem expressed disappointment at the decision by Britain, France and Germany not to back the U.S. demand for the reimposition of United Nations sanctions on Iran.

A statement released by Netanyahu's office said he told Raab that he "expects Britain to change its policy toward Iran, and that it must join the U.S. sanctions in order to prevent Iran from acquiring deadly weapons or advancing toward nuclear weapons."

"Look at Iran's aggression today, without nuclear weapons," Netanyahu said. "What a huge threat it would be to the entire world if it has nuclear weapons."

Israel and Iran are regional rivals.

Last week, the U.S. formally notified the U.N. of its demand to reimpose a global sanctions regime on Iran. The push was immediately rejected by Britain, France and Germany – the three U.S. allies that were party to the 2015 Iran nuclear deal.

A statement from the trio noted that the U.S. had withdrawn from the multinational 2015 Iran nuclear deal and said they remain committed to supporting the agreement.

Tehran has slammed the U.S. move. Iranian Foreign Minister Mohammad Javad Zarif said in a phone call with U.N. Secretary-General Antonio Guterres that Washington was risking the future of international cooperation and the reputation of the global body.