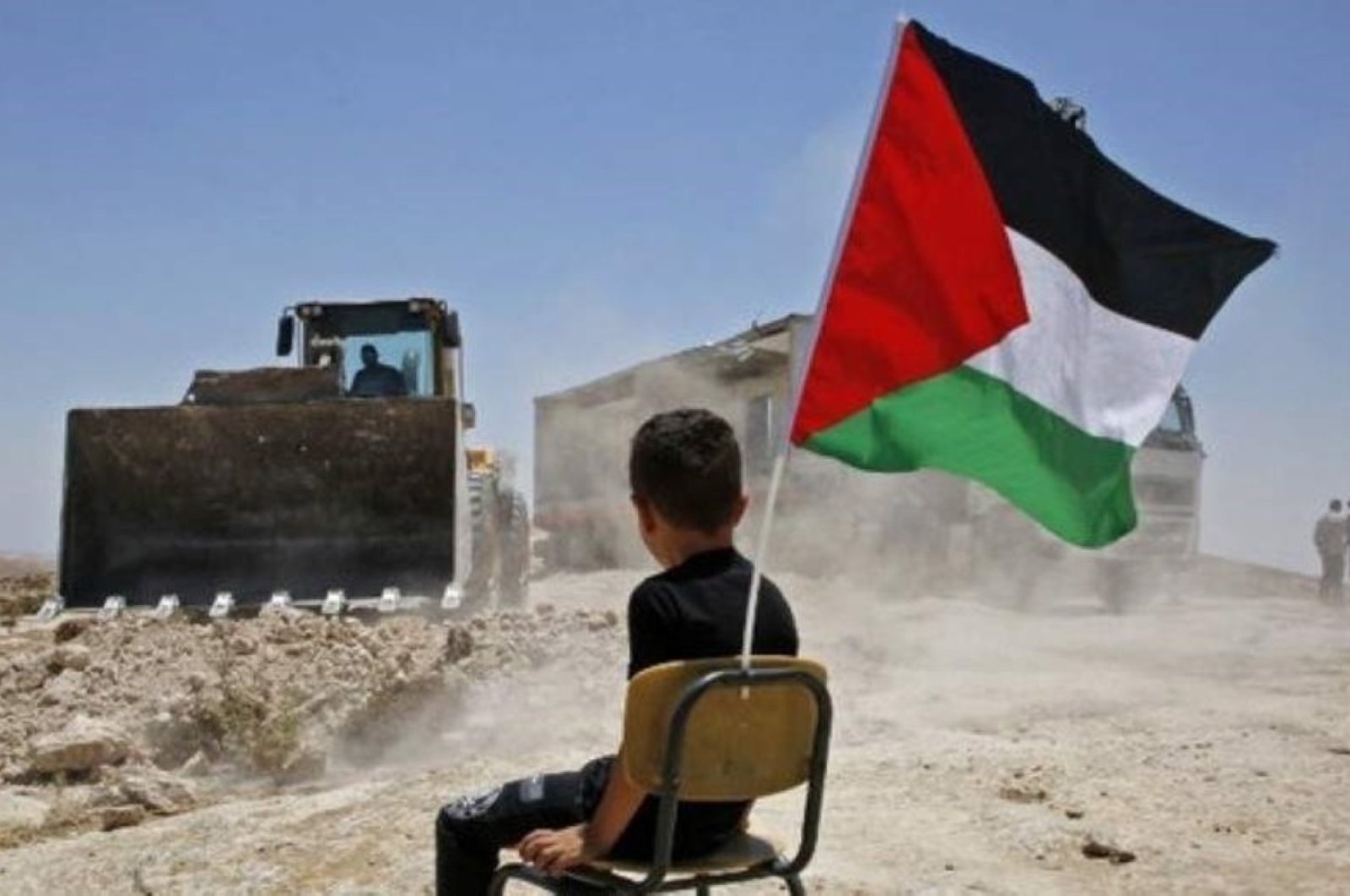 A Palestinian boy sits on a chair with a national flag as Israeli authorities demolish a school site in the village of Yatta, occupied West Bank, July 11, 2018. (AFP Photo)
by DAILY SABAH WITH AA Jun 04, 2020 1:07 pm
RECOMMENDED

Speaking to Anadolu Agency, Eid Khamis, a Palestinian activist, said eight structures were brought down by Israeli forces in Ein Hajla Bedouin community east of Jericho in the eastern West Bank. He said Israeli authorities cited a lack of building permits for the demolitions. Eight other homes were razed south of Hebron city in the southern West Bank, according to local residents. "These demolitions are part of an Israeli plan to annex the Jordan Valley in the West Bank," Khamis said.

Israel is expected to annex parts of the occupied West Bank under a plan agreed to by Prime Minister Benjamin Netanyahu and his rival-turned ally Benny Gantz, the head of the Blue and White party. The plan comes as part of U.S. President Donald Trump's so-called "deal of the century," which was announced on Jan. 28. It refers to Jerusalem as "Israel's undivided capital" and recognizes Israeli sovereignty over large parts of the West Bank. The plan calls for the establishment of a Palestinian state in the form of an archipelago connected by bridges and tunnels. Palestinian officials say that under the U.S. plan, Israel will annex 30%-40% of the West Bank, including all of east Jerusalem.