Israel demolishes 313 Palestinian homes in occupied territories in 1st half of 2020, report says 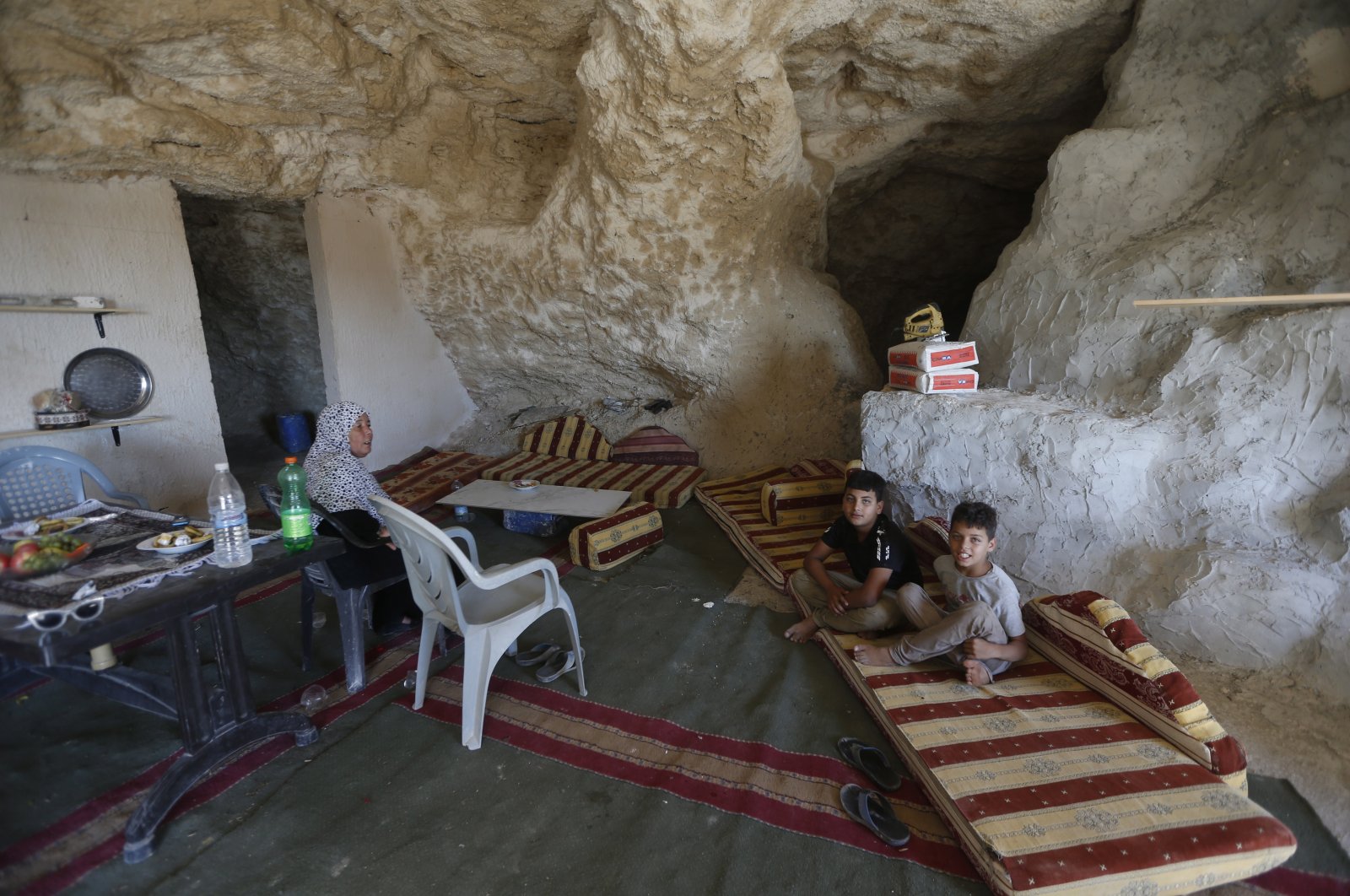 Members of a Palestinian family sit inside a cave they use as their home on the outskirts of the West Bank City of Jenin, Palestine, Aug. 1, 2020. (EPA Photo)
by DAILY SABAH Aug 07, 2020 12:32 pm
RECOMMENDED

The report stated that 64% of the demolitions took place in East Jerusalem, Nablus and Hebron.

Palestinians have long suffered from the ongoing risk of destruction by Israeli forces. In December 2019, Israel planned to demolish some 18,000 Palestinian homes in Jerusalem. Such actions have been called "war crimes" by the International Criminal Court (ICC), but it also ruins hope and means to an education. Israeli military forces last year razed a school in the Bedouin community in the West Bank city of Hebron, compromising the future for Palestinian children and youth.

Turning to the international community to help halt the Israeli demolition, Palestinians have argued that Tel Aviv uses the issue of security as an excuse to force them further from the city and to expand settlement projects in the occupied territories. The Palestinian Authority described the demolitions as part of the "deal of the century," a U.S. backchannel plan for peace that Palestinians decry as an attempt to liquidate their cause. Resistance group Hamas, for its part, described the Israeli annexation as a "crime of ethnic cleansing," in a statement released in July 2019.

The commission also recorded 419 attacks by Jewish settlers during the first half of this year that resulted in physical injuries to 78 Palestinians and caused damage to 1,100 dunums of land and the burning and uprooting of more than 3,000 trees. Palestinian farmers say they face intimidation and violence from nearby settlers and have pled for help from foreign and Israeli supporters, including Jewish rabbis, to protect them and their crops. Rights groups also charge that Palestinian crops have long been vandalized by settlers without any serious effort by the authorities to stop it.

Last month, a section of a mosque in the occupied West Bank was vandalized in a suspected "price tag" attack, revealing ongoing Israeli settler violence against Palestinians in the occupied territories. "Price tag" vandalism is a strategy used by extremist Jewish settlers to attack Palestinians and their property in retaliation for perceived threats to Israeli settlement expansion.