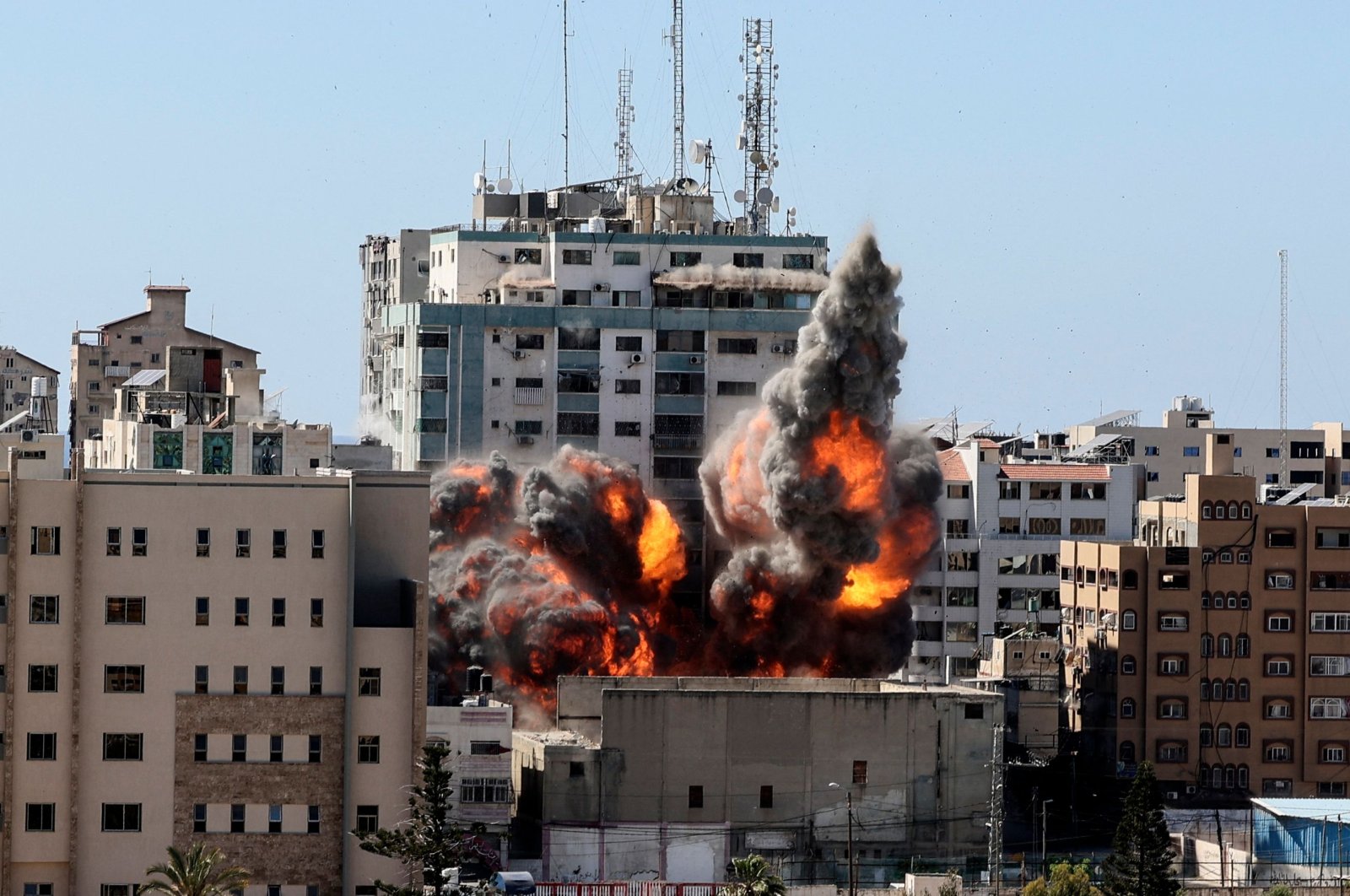 An Israeli airstrike has destroyed a high-rise building that housed the offices of The Associated Press (AP) and Al-Jazeera in the Gaza Strip.

The airstrike Saturday came roughly an hour after the Israeli military ordered people to evacuate the building. AP said its staffers and residents of the building fled in a panic after being told of the warning.

Al-Jazeera broadcast footage showing the building collapsing to the ground after the Israeli airstrike, sending up a huge mushroom cloud of dust and debris.

Jawad Mehdi, the owner of the Jala Tower, said an Israeli intelligence officer warned him he had just one hour to ensure the evacuation of the building.

In a phone call with the officer, he was heard begging for an extra 10 minutes to allow journalists to retrieve their equipment before leaving.

"Give us 10 extra minutes," he urged, but the officer on the other end of the line refused.

AP President and CEO Gary Pruitt said he was "shocked and horrified" by an "incredibly disturbing" Israeli attack on the building.

The White House said Saturday it has cautioned Israel about the importance of protecting independent media after the airstrike.

"We have communicated directly to the Israelis that ensuring the safety and security of journalists and independent media is a paramount responsibility," White House press secretary Jen Psaki tweeted.

Israel alleged its "fighter jets attacked a high-rise building which hosted military assets belonging to the military intelligence" of Hamas.

Israeli air and artillery strikes on Gaza since Monday have killed more than 140 people, including over 40 children, and wounded 1,000 more, health officials in the coastal Palestinian enclave say.