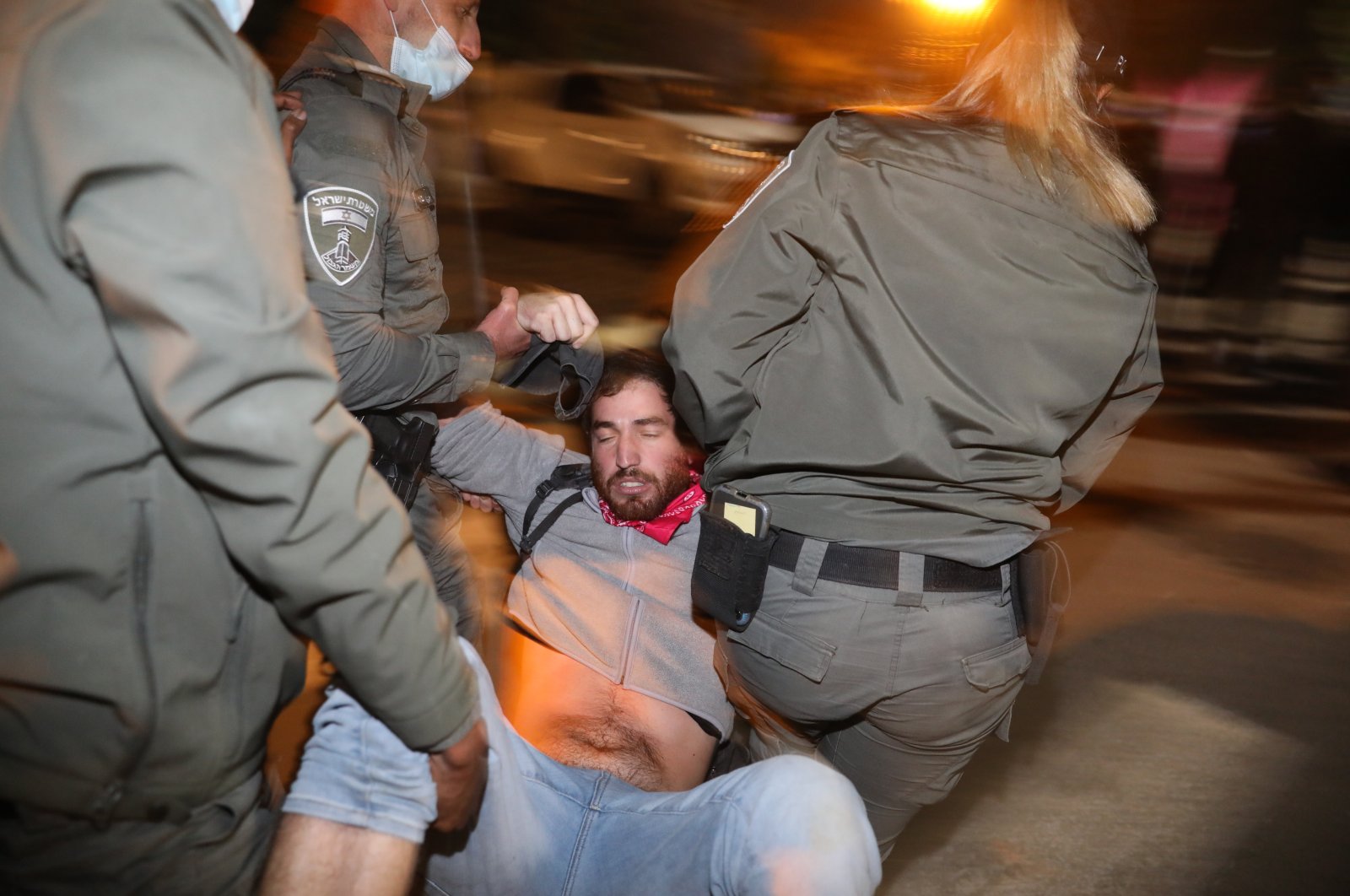 Police arrest an Anti-Netanyahu protester during a rally against the Israeli Prime Minister outside his residence, in Jerusalem, Israel, 05 December 2020. (EPA Photo)
by Anadolu Agency Dec 06, 2020 9:51 am

Police said protests occurred in Paris Square near Netanyahu's residence in Western Jerusalem and causing the closure of roads and public unrest.

Protesters staged rallies in various parts of the country, especially in Jerusalem and Tel Aviv, demanding Netanyahu resign because of a corruption case against him and his failure to manage the coronavirus pandemic, according to media reports.

Thousands demonstrated in Jerusalem and police occasionally intervened with protesters.

An 82-year-old protester in Tel Aviv died after being hit by a car during a rally.

Netanyahu is facing corruption charges for bribery, breach of trust and fraud.

He has denied any wrongdoing and formed a national unity government with Blue and White party leader Benny Gantz in April.