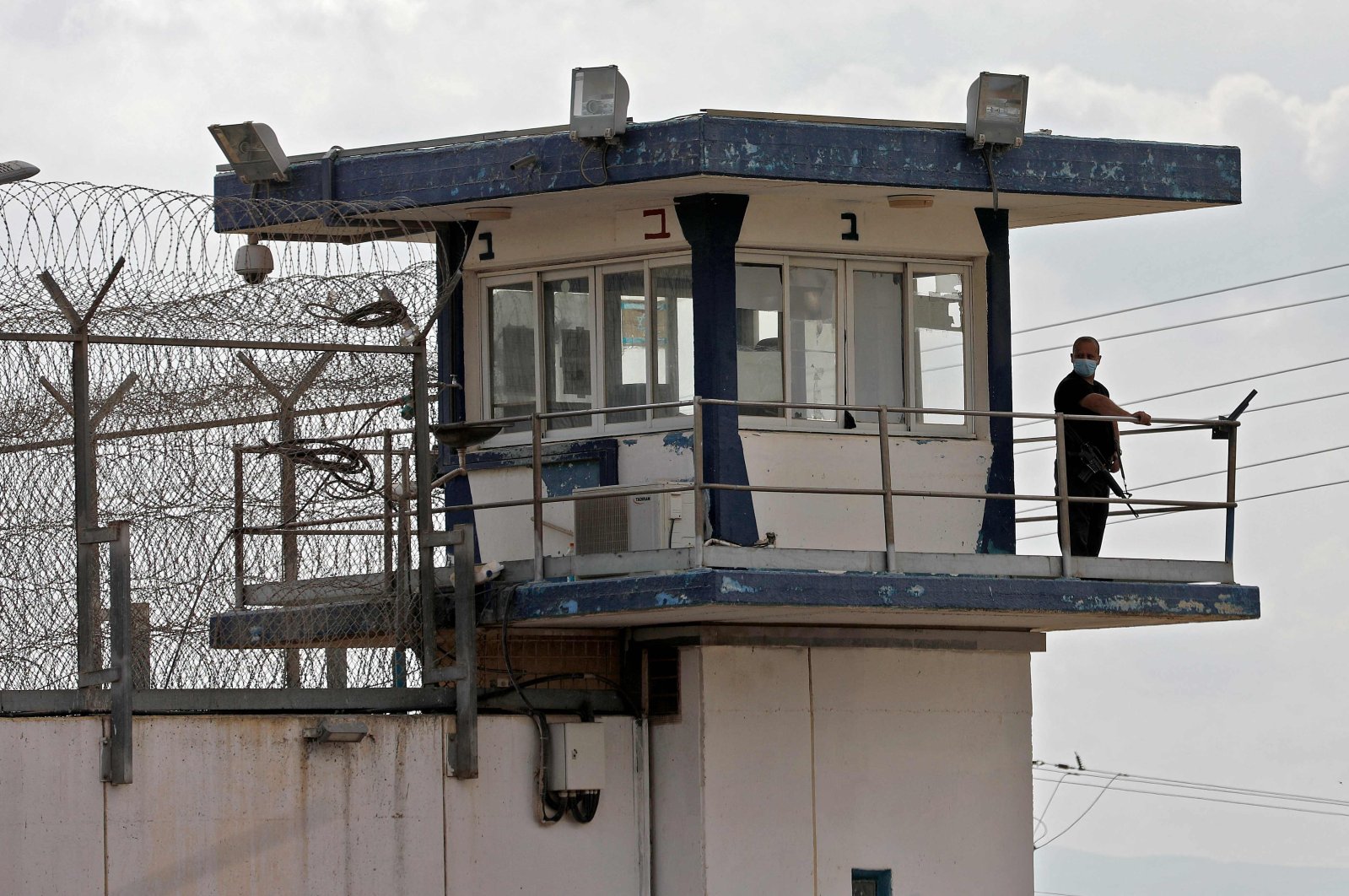 Israeli forces detained the relatives of six Palestinian prisoners who escaped from a high-security prison in northern Israel, according to a Palestinian nongovernmental organization (NGO) on Wednesday.

Military forces rounded up four relatives of the escaped prisoners in the towns of Arraba and Ya'bad in the northern West Bank, the Palestinian Prisoner Society said in a statement, as Anadolu Agency (AA) reported.

Earlier on Monday, six Palestinian prisoners escaped the high-security Gilboa prison in northern Israel through a tunnel dug beneath a sink. The men reportedly appeared to have received some outside help. While it was hailed by Palestinian factions as a "big victory,” the prison break was viewed in Israel as unacceptable security and intelligence failure.

The Israel Prison Service (IPS) said an alert was sounded around 3 a.m. (12 a.m. GMT) by locals who spotted "suspicious figures" outside the prison. In footage that recalled the iconic 1994 prison escape film "The Shawshank Redemption," the IPS released a video that showed agents inspecting a narrow tunnel beneath a sink and another showing a hole just outside the prison walls.

Gilboa – which opened in 2004 during the second Palestinian intifada, or uprising – is a high-security site where hundreds of Palestinians are detained among other inmates.

Hours before much of Israel was set to shut down for Jewish New Year celebrations that begin at sundown Monday, police, the army and agents from Israel's Shin Bet internal security agency were conducting a search, a police statement said. The search included aerial surveillance vehicles, sniffer dogs, roadblocks and checkpoints.

In Jenin governorate, where some Palestinians fired into the air to celebrate the escapees, Israeli forces were deployed heavily, an Agence France-Presse (AFP) reporter said. Jenin Governor Akram Rajoub told AFP: "For the moment the situation is calm, but the surveillance is unprecedented."

With rumors about the escapees' whereabouts spreading rapidly online, Jenin has become an area of focus, partly given one of escapee Zakaria Zubeidi's ties there. Zubeidi was arrested over "terror allegations" in 2019 in a West Bank village near Ramallah.

The Jenin refugee camp, which adjoins Jenin city, is used to Israeli incursions despite being in a West Bank area officially under Palestinian control, said Hassan al-Amouri, a community leader.

"Anything is possible" in a camp where many residents are armed, Rajoub told AFP.

Unrest has spiked in Jenin in recent weeks. A gun battle broke out last month as Israeli forces came under fire while looking for suspects, leaving four Palestinians dead. Israeli Prime Minister Naftali Bennett, an observant and religious Jew, held consultations with defense and prison chiefs in the final hours before Jewish New Year, or Rosh Hashana, begins. He called the escape "a serious event that required a comprehensive effort by all of the security services."