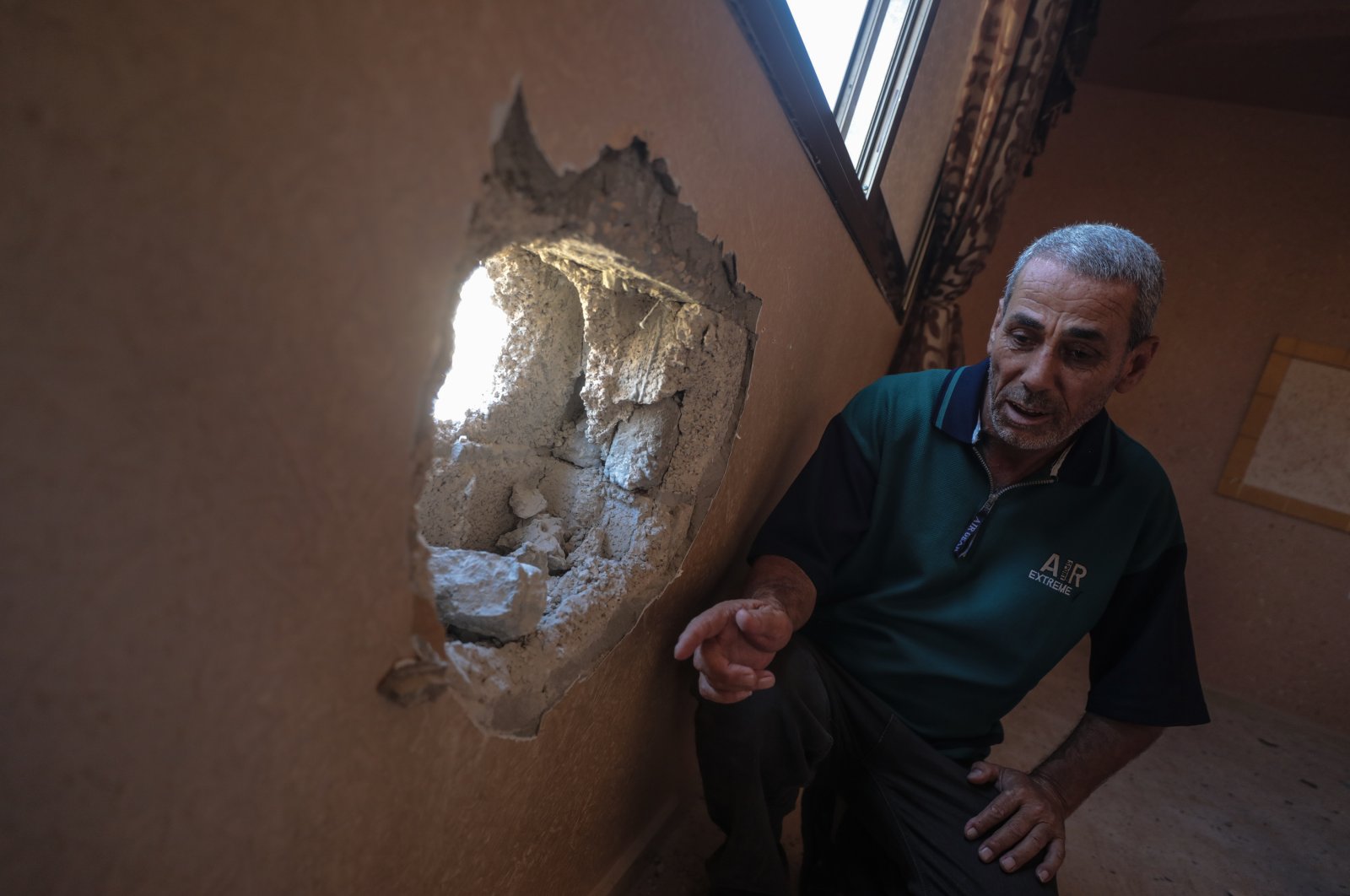 Israeli forces continued to carry out airstrikes on the blockaded Gaza Strip on Tuesday while demolishing Palestinians' homes in the occupied territories despite a deepening humanitarian crisis. Amid repeated nighttime attacks on Gaza, Israeli forces targeted residential areas and damaged Palestinian houses, Anadolu Agency (AA) reported. The Israeli army frequently carries out airstrikes on border areas in retaliation for incendiary attacks which they claim are launched from Gaza.

The Israeli army on Tuesday also demolished eight Palestinian homes east of Ramallah, in the occupied West Bank. Abd al-Rahim Musleh, a spokesman for the Wadi al-Siq residential community, east of Ramallah, told AA that an Israeli military force raided the area at dawn and demolished eight barracks. The demolished homes were built from tin panels, used for housing and raising sheep. Musleh said the Israeli authorities usually demolish their homes in Wadi al-Siq under the pretext of "building without a permit" in area C. Some 200 Palestinians live in Wadi al-Siq. They reside in tin houses and rely on raising sheep for a living.

In July, a sharp rise in the number of Palestinian homes demolished by Israel in the occupied West Bank was recorded by Israeli human rights center, B'Tselem nongovernmental organization, despite the ongoing coronavirus pandemic. Palestinians have long suffered from the ongoing risk of demolition by Israeli forces. In December 2019, Israel planned to demolish some 18,000 Palestinian homes in Jerusalem. Such actions have been called a "war crime" by the International Criminal Court (ICC). Destroying hope and means of education, as well as a future for Palestinian children and youth, Israeli military forces last year demolished a school in a Bedouin community in the West Bank city of Hebron.

Amid ongoing cross-border attacks, Israel shut down Gaza's lone power plant last Tuesday, less than a week after suspending fuel shipments to the Palestinian enclave amid a deepening humanitarian crisis. It has banned fishing off Gaza's coast and closed the Kerem Shalom goods crossing, punitive moves often used by the Jewish state in response to Gaza unrest.