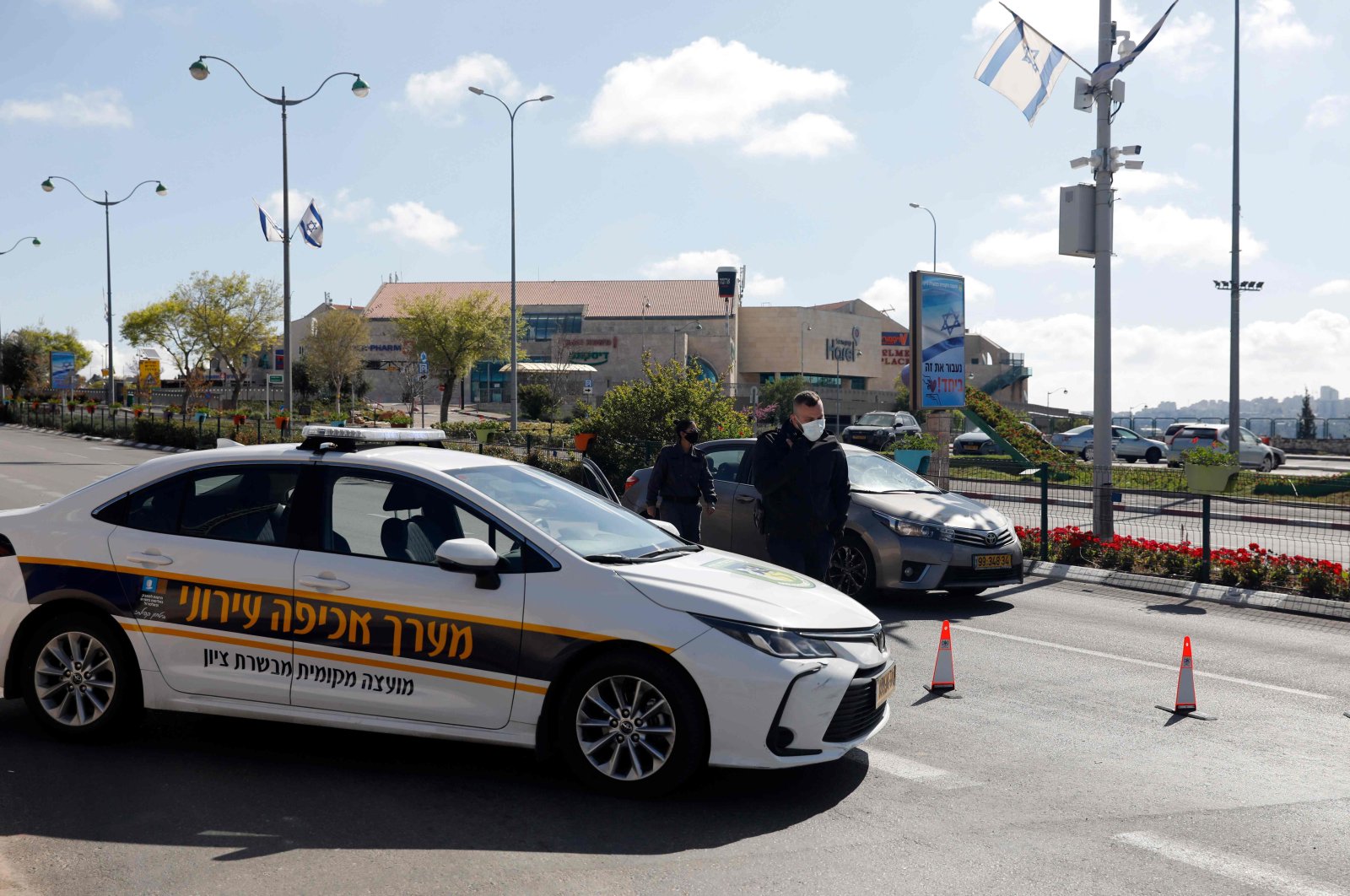 Members of the Israeli police man a checkpoint on a highway leading to Jerusalem to ensure that people obey a lockdown imposed by the authorities to prevent the spread of the novel coronavirus, near the Arab-Israeli town of Abu Ghosh, Israel, April 9, 2020. (AFP Photo)
by German Press Agency - DPA Apr 09, 2020 1:49 pm
RECOMMENDED

Israelis could leave their homes again on Thursday morning after a mandatory curfew put in place for the start of Passover was lifted, though restrictions on movement remain in place.

From 3 p.m. (1200 GMT) on Wednesday until Thursday at 7 a.m., people could not leave their homes for any reason. The restrictions did not apply to places where the majority of residents are not Jewish.

A ban on travel between cities will remain in place until Friday morning, and in Jerusalem people may not leave their city zones.

Until Sunday morning, public transportation has been shut down, and flights can operate only with the government's express permission.

The measures were put in place to ensure that people did not gather to celebrate the start of Passover, when families traditionally come together, in efforts to stop the spread of the novel coronavirus.

Videos circulating online showed people singing a traditional Passover song from their balconies on Wednesday evening. Some turned to the videoconference software Zoom to celebrate with loved ones, since Passover celebrations were allowed only with immediate family.

More observant Jews, however, were not allowed to use the software after Israel's chief rabbinate came down against it. According to Jewish religious law, it's forbidden to actively turn electricity on or off during the Sabbath, or Shabbat, as well as during holidays.

Passover commemorates the Israelites' exodus from Egypt and freedom from slavery.

As of Thursday, 79 people have died and more than 9,750 are confirmed to be infected with the coronavirus.