Israel notifies ICC it does not recognize authority of tribunal 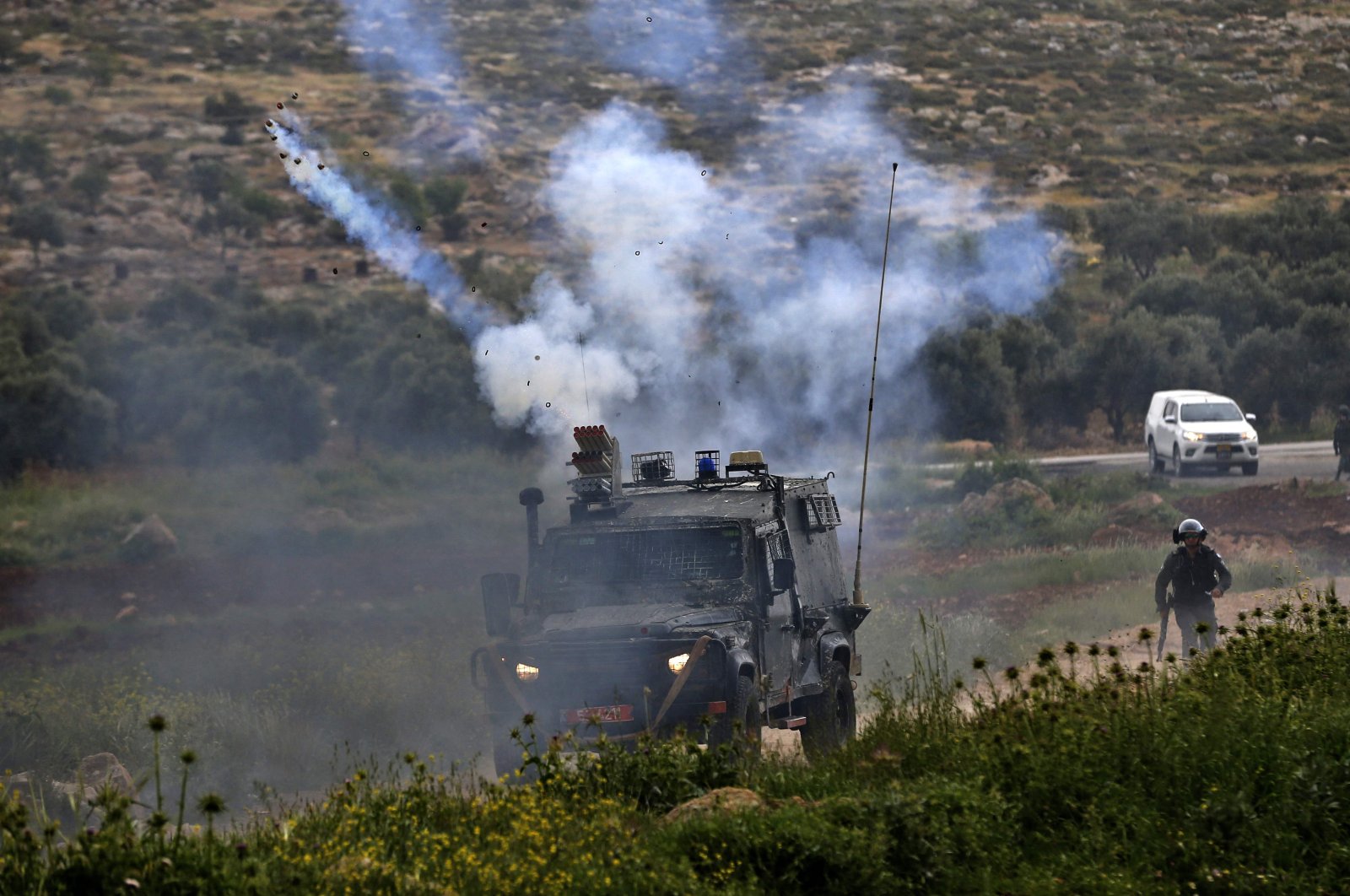 Tear gas is fired by Israeli forces against Palestinian protesters during clashes in the village of al-Mughayer near the Israeli-occupied West Bank city of Ramallah, April 2, 2021. (AFP Photo)
by Agencies Apr 08, 2021 4:12 pm
RECOMMENDED

Tel Aviv said Thursday it had formally decided not to cooperate with an International Criminal Court war crimes investigation (ICC) into crimes committed by both Israelis and Palestinians in the occupied territories and does not recognize the authority of the court.

A statement from Prime Minister Benjamin Netanyahu's office said the government had agreed "to not cooperate with the (ICC)" and would inform The Hague-based court it "had no authority to open an investigation" against Israel, according to Agence France-Presse (AFP).

Earlier today the news website Ynet said Netanyahu decided not to cooperate with the probe after meeting with senior ministers and government officials ahead of a Friday deadline to respond to an ICC notification letter. One Israeli official confirmed to Reuters that the government would indeed respond to the court's letter. But Israel did not immediately expand on what the response would entail.

ICC prosecutors said letters had been sent on March 9 to all parties concerned, giving them a month to inform the court if they were conducting their own investigations into the alleged crimes and want an ICC inquiry deferred while that is ongoing.

The Palestinians said they would cooperate with the ICC, whose inquiry pertains to alleged war crimes in the Israeli-occupied West Bank and in the Gaza Strip, where Palestinians took control after Israel withdrew in 2005.

"We sent the response to the ICC," said Omar Awadallah, a senior official in the Palestinian Foreign Ministry. "Full cooperation with the ICC will continue from the State of Palestine, as a member state of the court, to achieve justice for the victims of the Palestinian people and hold Israel accountable for its crimes,” Awadallah said.

In a speech on Wednesday marking Israeli observances of the Holocaust, Netanyahu deemed the ICC inquiry an "absurdity".

"The Hague court's founding was inspired by the Nuremberg tribunal, which tried Nazi war criminals after World War Two," he said. "But a body set up to defend human rights became a body that, effectively, protects those who trample on human rights."

He was referring to the Hamas group, against which Israel fought a 2014 war in Gaza.