Israel on brink of 4th national elections in 2 years 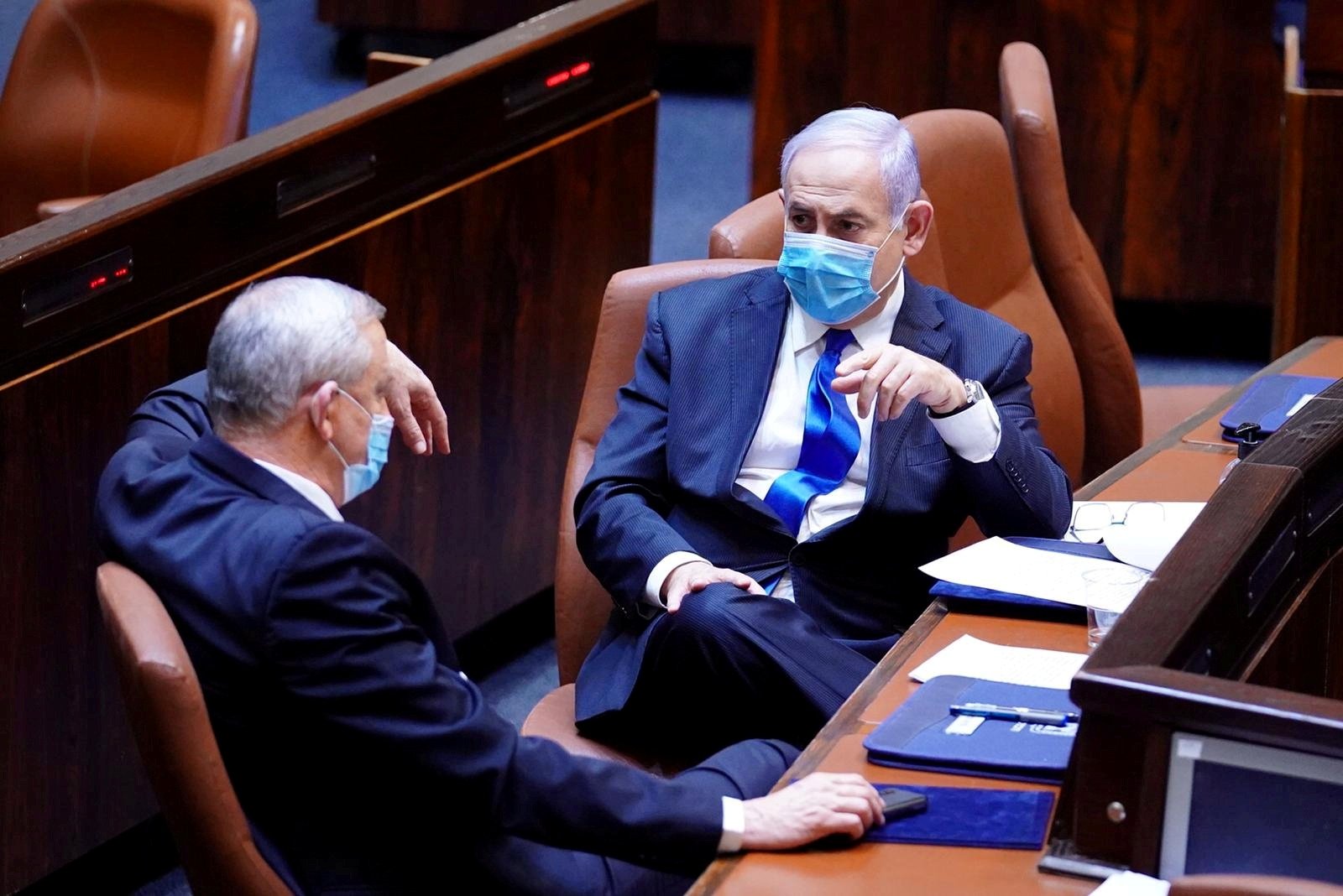 Israeli Prime Minister Benjamin Netanyahu (R) and Benny Gantz, centrist Blue and White leader and Netanyahu's partner in his new unity government, wear face masks as they talk during a swearing-in ceremony of the new government, at the Knesset, in Jerusalem, May 17, 2020. (Amos Ben Gershon/Knesset Spokesperson's Office Handout via Reuters)
by ASSOCIATED PRESS Dec 22, 2020 10:57 am
RECOMMENDED

Israel appears to be heading toward its fourth election in two years after a last-ditch effort on Tuesday to keep the government afloat and push off the automatic dissolution of parliament failed.

Negotiations meant to bring about a budget compromise between the government's two main parties broke down early Tuesday and in a late-night session of the Knesset (Israel's parliament), members of the Likud and Blue and White parties voted against a proposal to postpone Tuesday's budget deadline for another two weeks. The measure failed by 49 votes to 47.

If the government does not pass a budget by midnight Tuesday, Israeli law stipulates that the Knesset dissolve and triggers snap elections in 90 days. Most avenues to evade that deadline have been closed off.

Israeli Prime Minister Benjamin Netanyahu's Likud and Defense Minister Benny Gantz's Blue and White party have been at loggerheads over the national budget issue since forming a unity government in May.

Netanyahu and Gantz had proposed pushing off Tuesday's deadline by two more weeks in an effort to reach a compromise on the 2020 budget.

But members of their own parties voted against the motion in a late-night, 11th-hour break from party ranks. "We do not want elections and we voted against them this evening, but we are not afraid of elections – because we will win!” the prime minister wrote on Twitter.

Once parliament dissolves, Israelis will head to the polls in March for the fourth time since early 2019, this time in the midst of the coronavirus pandemic, a major economic recession and while Netanyahu is on trial for a series of corruption charges.

Netanyahu also faces a challenger from within his own camp, Gideon Saar, who broke from the Likud party earlier this month and has called for the long-ruling prime minister's ouster.

Several members of Netanyahu's party who shot down Tuesday's proposal are expected to join ranks with Saar.