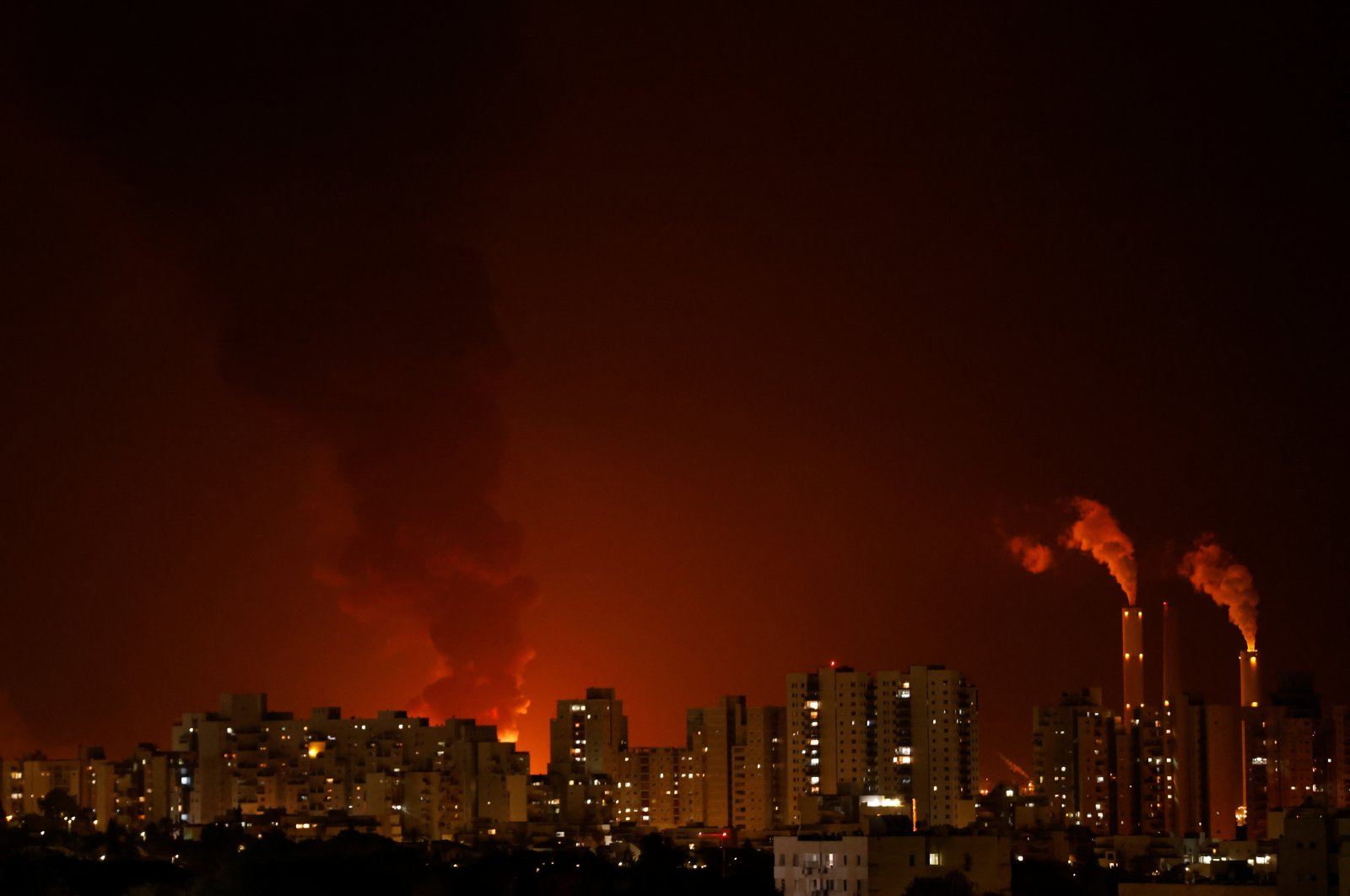 A general view shows residential buildings with large fire and smoke in the background, where officials said that a Gaza rocket hit an Israeli energy pipeline near Ashkelon, Israel, May 11, 2021. (Reuters Photo)
by Daily Sabah with Agencies May 12, 2021 12:24 am
RECOMMENDED

“Leaders on all sides have to take the responsibility of deescalation,” he added.

“The cost of war in Gaza is devastating, and is being paid by ordinary people,” he added, pointing to Israel’s killing of Gazan civilians with airstrikes.

“UN is working with all sides to restore calm. Stop the violence now,” Wennesland concluded.