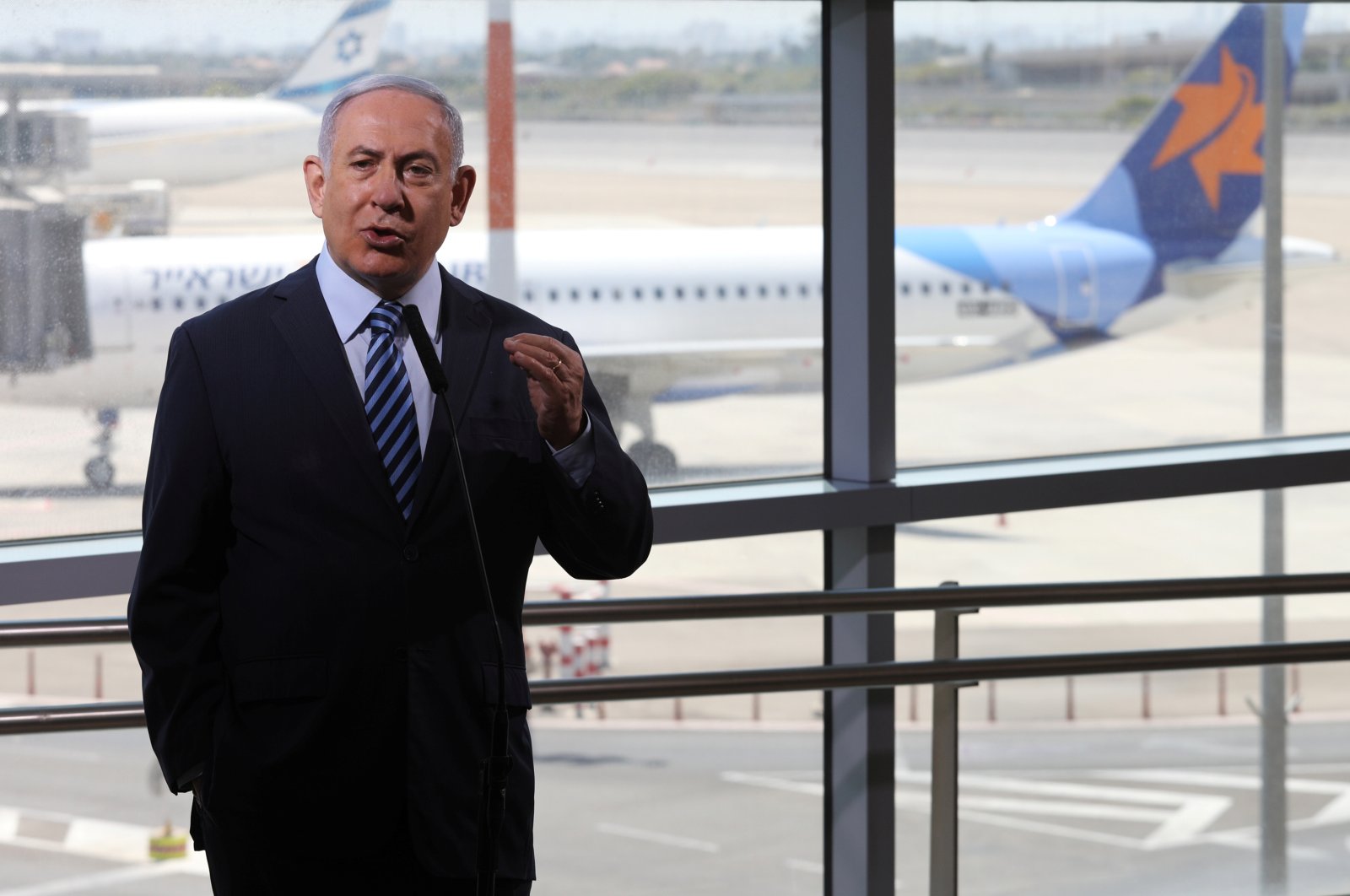 Prime Minister Benjamin Netanyahu said Monday that Israel is preparing for direct flights, over Saudi Arabia, to the United Arab Emirates (UAE) as part of its normalization deal with Abu Dhabi.

Israel and the UAE announced Thursday that they will normalize diplomatic relations under a U.S.-sponsored deal whose implementation could reshape Middle East politics from the Palestinian issue to the fight against Iran. The UAE would only be the third Arab state in more than 70 years to establish relations with Israel.

Netanyahu, briefed at Tel Aviv's Ben Gurion Airport on plans for expanding flight activity curtailed by the coronavirus pandemic, gave no time frame for the opening of an air link with the Gulf Arab country.

"We are currently working on enabling direct flights, over Saudi Arabia, between Tel Aviv and Dubai and Abu Dhabi," Netanyahu told reporters, estimating flight time at "about three hours, just like to Rome."

Saudi Arabia does not recognize Israel and its air space is closed to Israeli airliners. But in what was seen in Israel as a harbinger of warmer relations with Riyadh, Air India was allowed in 2018 to begin flying over Saudi territory on its New Delhi-Tel Aviv route.

At Ben Gurion Airport, Netanyahu said he saw "tremendous scope for bilateral tourism and gigantic scope for investment" with the UAE.

A delegation from Israel is expected to travel to the UAE within weeks to work out the modalities of normalized relations, but any swift opening of a commercial air route could be complicated by coronavirus restrictions.

On Sunday, the UAE opened telephone lines to Israel, a link inaugurated in a conversation between the two countries' foreign ministers.