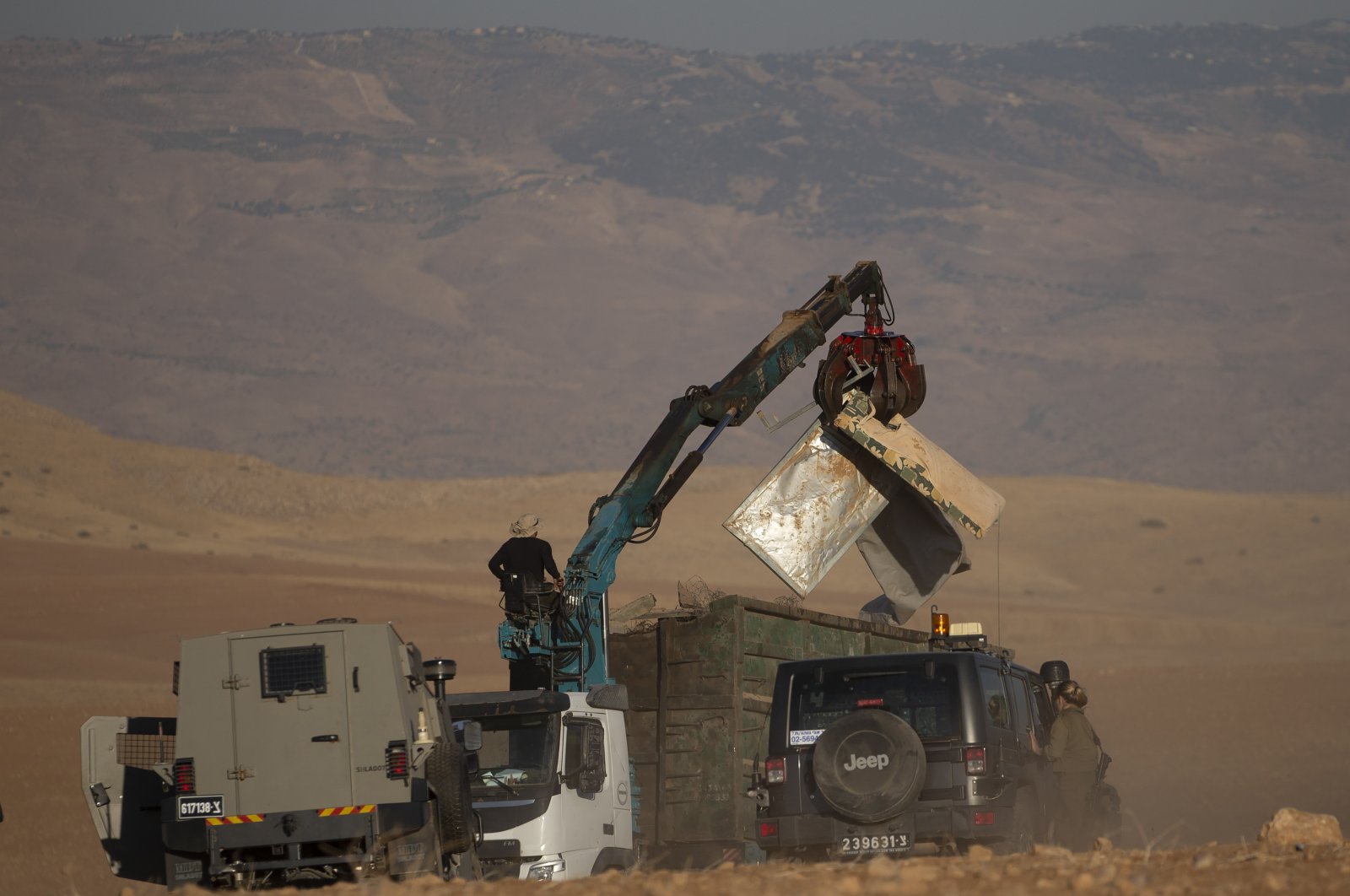 Israeli forces on Wednesday demolished a Bedouin community inhabited by 11 Palestinian families in the occupied West Bank, according to a local activist.

"Israeli bulldozers and trucks moved into al-Qabbon Bedouin community near Mughayir village, north of Ramallah, in the early morning and surrounded it from all sides,” Faris Kaabaneh told Anadolu Agency (AA). He said Israeli military forces brought down all of the structures that had been set up by Palestinian families in the community.

According to the United Nations Office for the Coordination of Humanitarian Affairs (OCHA), Israeli forces demolished at least 421 Palestinian-owned structures in the occupied West Bank this year. Israeli authorities cite a lack of building permits for the reason behind their demolishing of the Palestinian structures.

According to Kaabaneh, all of the demolished structures in al-Qabbon Bedouin community were located in Area C. Under the 1995 Oslo Accords between Israel and the Palestinian Authority, the occupied West Bank, including East Jerusalem, was divided into three portions – Areas A, B and C.

Israel prevents Palestinians from carrying out construction projects in parts of the West Bank designated as Area C, which falls under Israel’s administrative and security control. Area C is currently home to 300,000 Palestinians, the vast majority of whom are Bedouins and herding communities who predominantly live in tents, caravans and caves. International law views both the West Bank and East Jerusalem as occupied territories and considers all Jewish settlement-building activity there illegal.

Israel long ago has launched a campaign against the Bedouin community and has razed its villages hundreds of times. The latest incident took place in al-Araqib village on February in the southern Negev region, which was demolished by Israeli authorities for 183rd time. According to media reports, the place, which is home to 22 Palestinian families, has been destroyed eight times since last year.

"Palestinians will rebuild the destroyed structures as soon as possible. As long as we are alive and free, we will never leave al-Araqib," he asserted.

In a bid to occupy the land, Israeli authorities have razed houses in the village multiple times since 2010. The residents of al-Araqib are Arab citizens of Israel, who were displaced in 1951 when the nascent state of Israel claimed the area as "state land."

Another Bedouin village in the northern West Bank's Jordan Valley has been razed by Israeli authorities for the second time in three months on the pretext that it was illegally built on military training ground and that Palestinian residents had rejected the offer to move to a neighboring area.

About 800 Palestinian buildings in the occupied West Bank were razed by Israel in 2020, the Israeli nongovernmental organization (NGO) B'Tselem said. That was the highest annual tally since 2016, the year the organization began collecting such data.

The statement came as Israel's army demolished the homes of nearly 80 Palestinian Bedouins in the occupied West Bank, in a rare operation targeting an entire community at once. Israeli bulldozers razed the village, including tents, sheds, portable toilets and solar panels, near Tubas in the Jordan Valley.