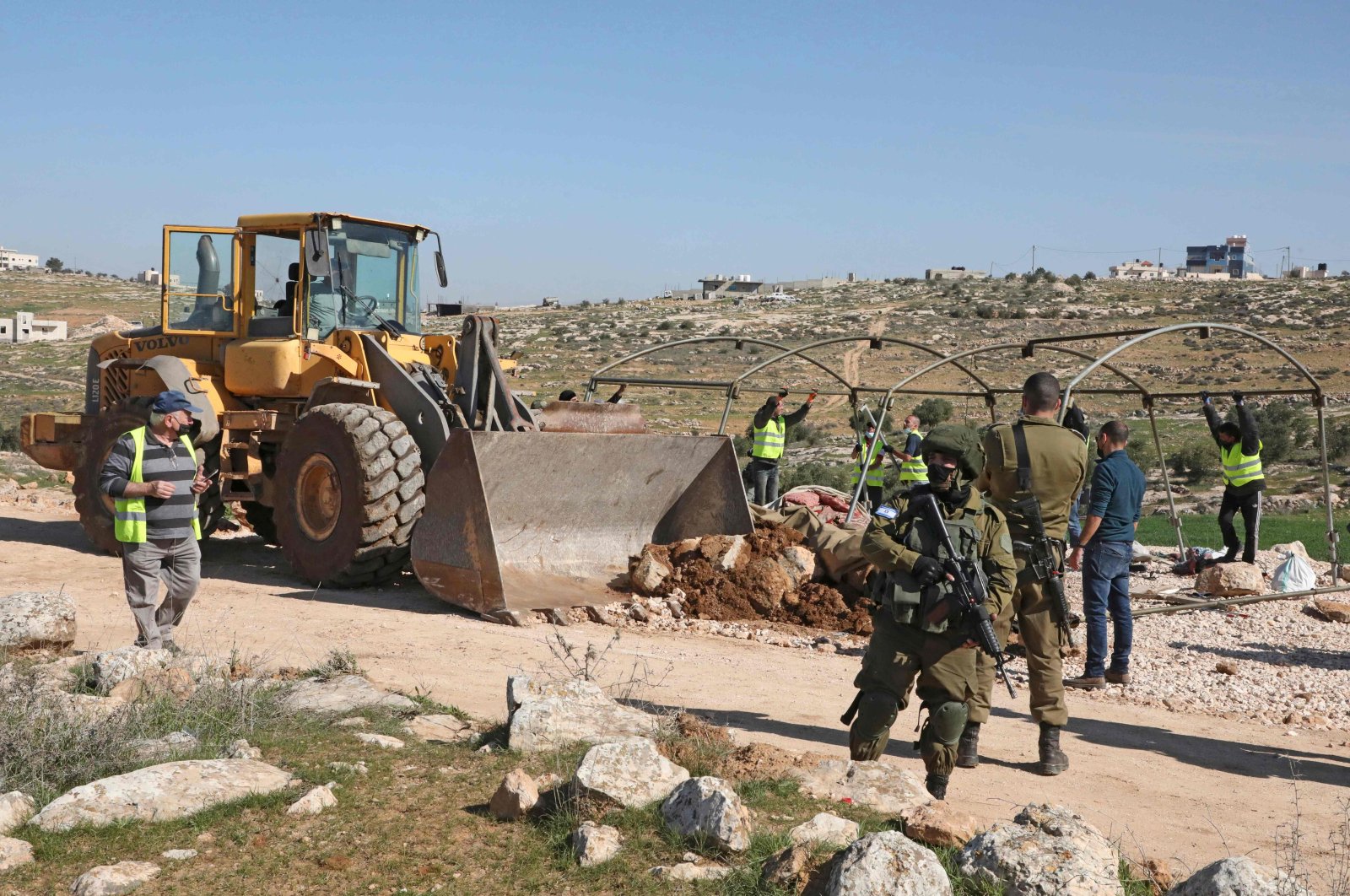 An Arab Bedouin village in the southern Negev region has been demolished by Israel for the 183rd time, a local Palestinian source said Wednesday.

The al-Araqib village, home to 22 Palestinian families, has been destroyed eight times since last year, Aziz al-Touri, a member of the Committee for the Defense of al-Araqib, told Anadolu Agency (AA).

"Palestinians will rebuild the destroyed structures as soon as possible. As long as we are alive and free, we will never leave al-Araqib," he asserted.

In a bid to occupy the land, Israeli authorities have razed houses in the village multiple times since 2010. The residents of al-Araqib are Arab citizens of Israel, who were displaced in 1951 when the nascent state of Israel claimed the area as "state land."

Another Bedouin village in the northern West Bank's Jordan Valley has been razed by Israeli authorities for the second time in three months on the pretext that it was illegally built on military training ground and that Palestinian residents had rejected the offer to move to a neighboring area.

More than 130 inhabitants have pledged to stay, with some sleeping on mattresses and plastic tarps strewn on the rocky soil. Tented homes and animal shelters in the village were last razed in November, though residents returned soon after.

"We will not move from here, we will stay here. If they demolish, we will rebuild," said one of the residents, Ibrahim Abu Awad. He and other Bedouins in the village said they feared Israeli settlers would seize the vacated land.

Israeli rights group B'Tselem said the demolition at Khirbet Humsah was "unusually broad," accusing Israel of seeking "to forcibly transfer Palestinian communities in order to take over their land."

COGAT, Israel's military liaison to the Palestinians, said it had explained to residents "the dangers involved in staying within the firing range" and offered them space outside of it.

Palestinians and rights groups say such permits are nearly impossible to obtain from Israel. A rights group had reported last month that Israeli authorities demolished 729 Palestinian buildings in 2020 on the pretext of lacking construction permits. Despite the coronavirus outbreak, Israeli forces have continued to demolish Palestinian homes in the occupied West Bank, while defying accusations of war crimes in the occupied territories.

More than 440,000 Israeli settlers live among more than 3 million Palestinians in the occupied West Bank, territory captured by Israel in a 1967 war and which Palestinians want as part of a future state.