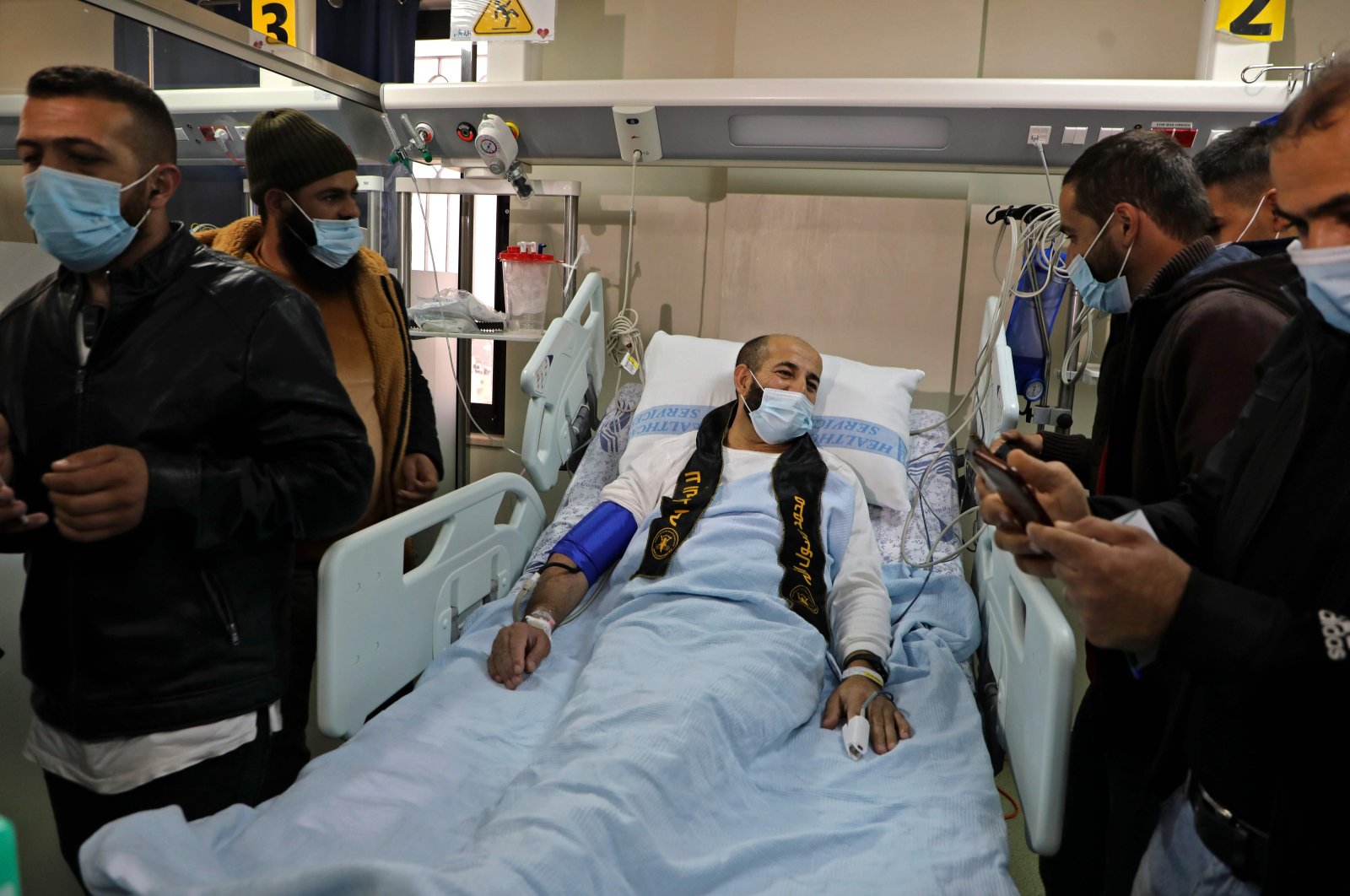 Israel on Thursday released a Palestinian who waged a 103-day hunger strike to protest Israeli rules allowing his detention without charge, the Palestinian Prisoner's Club said.

Maher al-Akhras, arrested over alleged membership in a militia group, was transferred from a Tel Aviv hospital to Nablus' Al-Najah University Hospital in the occupied West Bank, the prisoners' rights group said in a statement.

A decision on releasing him to return home will follow "a medical assessment of his condition," Al-Najah hospital medical director Abdul-Karim Al-Barqawi said.

Akhras, 49, was arrested near Nablus in July and put in administrative detention, a policy that Israel uses to hold suspected militants without charge.

He is suspected of links to the Palestinian Jihad movement, labeled a terrorist group by Israel, the United States and the European Union. The father of six launched his fast to protest a four-month detention order, which had been due to end on Nov. 26.

Akhras, who been arrested by Israel several times previously, ended his hunger strike after Israeli authorities committed to not extending his detention beyond that date.

Israel's administrative detention policy, inherited from the British mandate of Palestine, allows the internment of prisoners without charge for renewable periods of up to six months each time.

Israel says the procedure allows authorities to hold suspects and prevent attacks while continuing to gather evidence, but critics and rights groups say the system is abused and violates human rights.

Around 355 Palestinians were being held under administrative detention orders as of August, including two minors, according to Israeli human rights group B'Tselem.