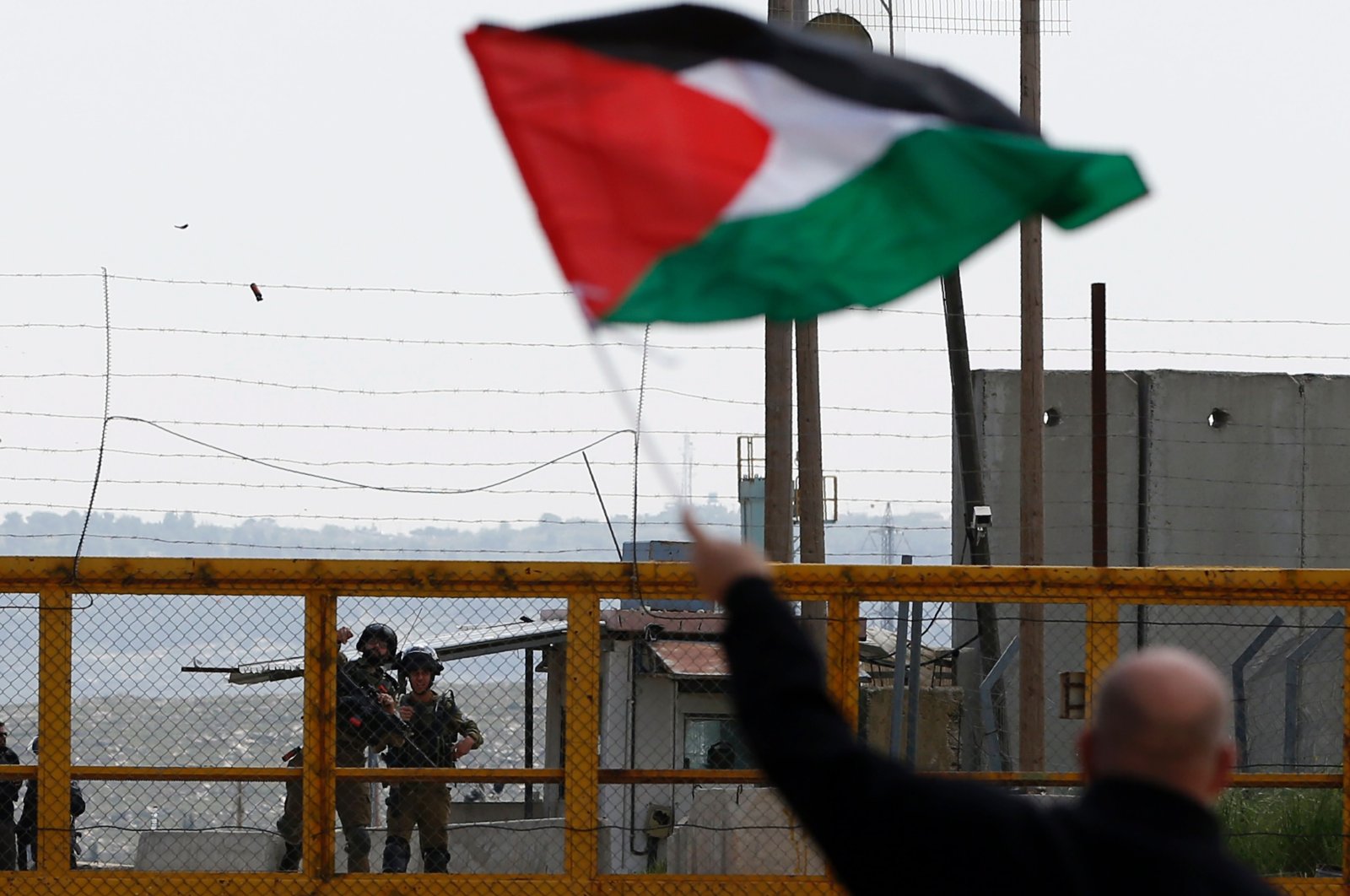 A Palestinian protester waves his national flag in front of Israeli security forces outside the Ofer prison near Betunia in the occupied West Bank, March 30, 2016. (AFP Photo)
by Anadolu Agency Nov 03, 2020 4:00 pm
RECOMMENDED

Israel has closed Gilboa prison, where 360 Palestinian detainees are held, as more coronavirus infections were reported inside the facility, according to the Israeli Prison Service. The service said all entrances and exits from the prison have been halted until all prisoners are tested and the facility is sanitized.

Palestinian media reports said that more than 70 Palestinian detainees have been infected with COVID-19 inside the prison. In a statement, the Palestinian Prisoner Society (PPS) said Israeli authorities began to transfer the infected detainees to Salmon Prison in Galilee to be isolated there. According to the nongovernmental organization (NGO), the detainees reported virus symptoms since Sunday, but the prison authority treated the infections as influenza, although many detainees were suffering from high temperatures.

PPS head Qadoura Fares called on international judicial institutions and the World Health Organization (WHO) to exercise pressure on Israel to immediately release all women, children and the elderly from the prison.

Among those infected with COVID-19 was Abbas al-Sayed, a Hamas leader, who is serving a life sentence in Gilboa prison. "He suffered from high temperature and when he went to the clinic inside the prison, he was given paracetamol tablets and was returned to his cell," his wife Ikhlas al-Sayed told Anadolu Agency (AA). "No one has assured us about my husband, neither the ICRC nor the prison service," the wife lamented. "No one cares about him and his fellows who are infected and isolated without having any contact with their families. The occupation is responsible for my husband's life."

According to Palestinian estimates, there are 4,400 Palestinian detainees in Israeli prisons, including 39 women, 155 children and around 350 held under Israel's administrative detention policy, which allows holding Palestinians without charge or trial.