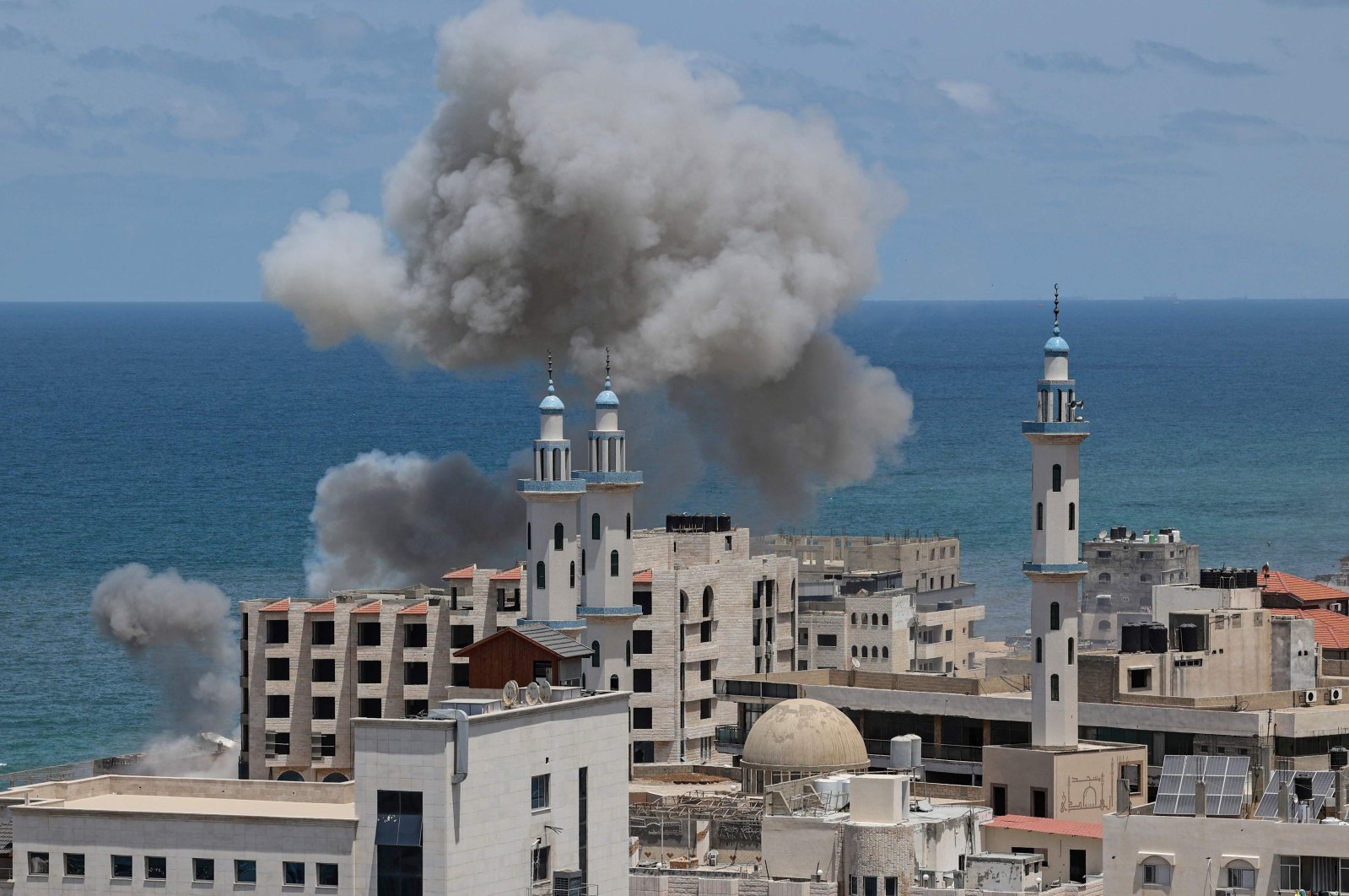 Smoke billows from the port of Gaza City following an Israeli bombardment from the sea, the Gaza Strip, Palestine, May 17, 2021. (AFP Photo)
by DAILY SABAH May 17, 2021 1:57 pm
RECOMMENDED

The Israeli military has threatened to blow up two schools in Gaza Strip, which are preparing to host internally displaced persons (IDPs), and informed the United Nations about its plans, media reports said Monday.

According to Arabi21News the two schools, Al Aqsa and Al Bouraq, are located in highly dense areas in West Gaza. Palestinian media said the threats are a very dangerous matter as the schools are part of a plan to accommodate people displaced by Israeli brutality.

Dozens of Israeli airstrikes on the Gaza Strip killed at least eight and injured over 40 on Monday. Israeli airstrikes hammered Gaza after a week of brutal attacks against Palestinians that left almost 200 of them dead. In total, 198 Palestinians have been killed in Gaza, including at least 58 children, and more than 1,200 wounded since Israel launched its air campaign against Hamas on May 10, according to the Gaza Health Ministry. Air raids on Gaza were preceded by days of tensions and Israeli aggression in occupied East Jerusalem, where hundreds of Palestinians were assaulted by Israeli forces and settlers at the Al-Aqsa Mosque and in the Sheikh Jarrah neighborhood.

As Israel continues its offensive against Palestinians, many fear that threats to bomb the schools may not be just threats, especially when taking into account earlier attacks on schools by the Israeli Army. In 2014, the Israeli military heavily bombarded a school in the city of Rafah in the south of Gaza. A projectile struck a street outside the school gates, killing over 10 people and wounding dozens. The school housed over 3,000 people displaced by the fighting in the area.

Then-U.N. Secretary-General Ban Ki-moon denounced the deadly attack and called it a "moral outrage" and a "criminal act." He said the "Israel Defence Forces (IDF) have been repeatedly informed of the location of these sites." During the strike, dozens of children and adults were gathered at the gate, buying cookies and sweets from kiosks set up by local residents.