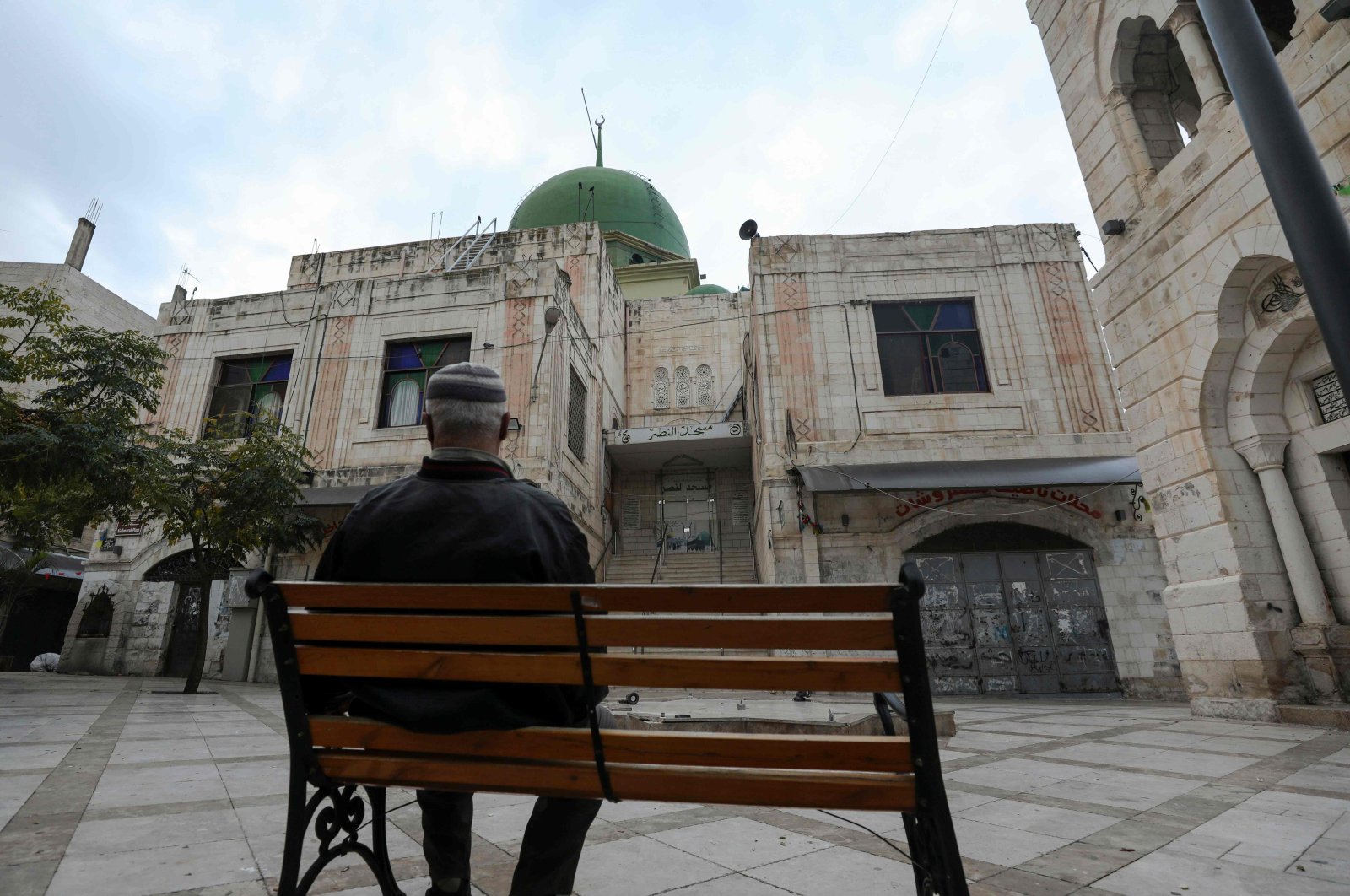 A Palestinian man sits on a bench on an empty street, as Palestinian authorities have announced a lockdown on weekends to curb the spread of COVID-19, in the occupied West Bank city of Nablus, Palestine, Nov. 27, 2020. (AFP Photo)
by Agencies Dec 02, 2020 5:56 pm
RECOMMENDED

The 3.77 billion shekels ($1.14 billion) transfer is the first since June when the Palestinians snubbed the handover due to Israeli Prime Minister Benjamin Netanyahu's currently-suspended plans to annex parts of the occupied West Bank.

"The #Israeli government transfers all financial dues of the clearance to the account of the #Palestinian Authority," Palestinian Civil Affairs Minister Hussein al-Sheikh tweeted. The Israeli Finance Ministry confirmed the details.

Earlier, Israeli media said that the Israeli cabinet decided on Sunday to deduct 600 million shekels from the Palestinian tax revenues.

In July 2018, the Israeli Knesset (Parliament) passed a bill that allows the Israeli government to deduct the same amount of what the PA pays as monthly stipends to Palestinian prisoners and to the families of those killed or injured, according to an Anadolu Agency (AA) report.

Tel Aviv collects the tax revenues, known in Palestine and Israel as maqasa, on behalf of the PA on Palestinian imports and exports. Israel in return earns a commission of 3% of collected revenues.

The tax revenues collected are estimated at around $188 million every month, for which tax revenues represent the main source of income to the PA.

In May, the PA refused to receive its tax revenues from Israel as part of its decision to suspend coordination with Israel in protest of Tel Aviv's announcement to annex large areas in the occupied West Bank.

The PA, however, announced last month the resumption of security and civil coordination with Israel after Tel Aviv froze its annexation plans in August as part of an agreement to forge diplomatic ties with the United Arab Emirates (UAE).

The announcement came about two weeks after Biden beat incumbent Donald Trump in the U.S. presidential race. Palestinian President Mahmoud Abbas has since indicated he will drop his three-year political boycott of the White House.

"Right now we are sending clear messages not only to the Israelis, not only to the Biden administration, but also to the Europeans and many others that Palestine and the Palestinians are ready to reengage completely with Israel," Palestinian Foreign Minister Riyad al-Maliki said in a Nov. 26 video conference.