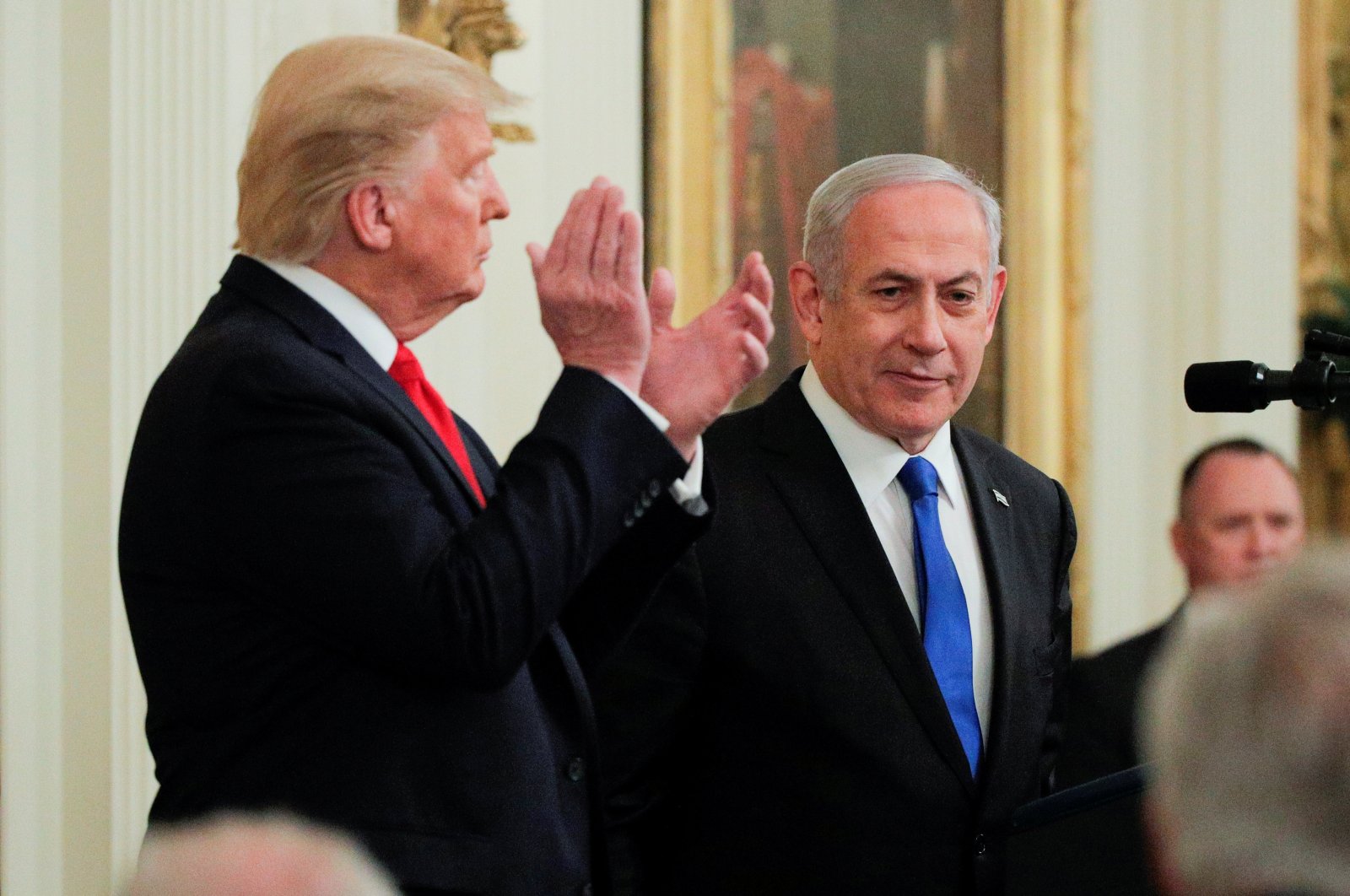 Israel and the United Arab Emirates (UAE) reached a historic peace deal on Thursday that will lead to a full normalization of diplomatic relations between the two Middle Eastern nations in an agreement that U.S. President Donald Trump helped broker and announced.

Under the agreement, Israel has agreed to suspend applying sovereignty to areas of the West Bank that it has been discussing annexing, senior White House officials told Reuters.

The peace deal was the product of lengthy discussions between Israel, the UAE and the U.S. that accelerated recently, White House officials said.

The officials described the agreement, to be known as the Abraham Accords, as the first of its kind since Israel and Jordan signed a peace treaty in 1994. It also gives Trump a foreign policy success as he seeks re-election on Nov. 3.

A joint statement issued by the three nations said the three leaders had "agreed to the full normalization of relations between Israel and the United Arab Emirates."

"This historic diplomatic breakthrough will advance peace in the Middle East region and is a testament to the bold diplomacy and vision of the three leaders and the courage of the UAE and Israel to chart a new path that will unlock the great potential in the region," the statement said.

Delegations from Israel and the UAE will meet in the coming weeks to sign bilateral agreements regarding investment, tourism, direct flights, security, telecommunications and other issues, the statement said.

The two countries are expected soon to exchange ambassadors and embassies.

The statement said that as "a result of this diplomatic breakthrough and at the request of President Trump with the support of the United Arab Emirates, Israel will suspend declaring sovereignty" over areas of the West Bank that were envisioned in the U.S. peace plan unveiled by Trump in January.

"Israel for the foreseeable future will be focused on building this relationship and pursuing all the advantages that can come from having this new relationship with this country, and we also breaks the ice for doing more normalizations and peace agreements with other regional players as well," one White House official told Reuters.

The agreement envisions giving Muslims greater access to the al-Aqsa Mosque in the Old City of Jerusalem by allowing them to fly from Abu Dhabi to Tel Aviv, White House officials said.

The joint statement said the UAE and Israel will immediately expand and accelerate cooperation regarding the treatment of and the development of a vaccine for the novel coronavirus amid the pandemic.

Later in the day, Netanyahu touted his country's new peace deal with the UAE as "historic."

Netanyahu said he is "still committed" to annexing parts of the West Bank despite the normalization deal with the UAE.

In a televised address, he said the deal includes temporary suspension to the annexation plan.

"Trump asked to temporarily suspend the annexation of parts of the West Bank and I agreed," he said, adding: "Extending sovereignty will be done only alongside the United States."

"All of us, the moderate states of the Middle East, are standing in a united front in favor of progress and against the radicals who threaten us and world peace," Netanyahu said.

Palestinian President Mahmoud Abbas denounced the deal in a statement issued by his spokesman on Thursday night.

Abu Rudeineh, reading from a statement outside Abbas's headquarters in Ramallah in the occupied West Bank, said the deal was a "betrayal of Jerusalem, Al-Aqsa and the Palestinian cause."

Speaking as one, Palestinian groups also slammed the agreement. The Fatah movement said that with the deal, Abu Dhabi is flouting its national, religious, and humanitarian duties toward the Palestinian cause.

The normalization of relations between Israel and the UAE is a "bad bet" showing "absolute dependence on the enemies of the Arab people," Abbas Zaki, a member of Fatah's Central Committee, told Anadolu Agency (AA) Thursday.

The deal amounts to "a comprehensive abandonment of the decisions of Arab summits and of the national, religious and humanitarian duties toward the Palestinian cause," he added.

"I would not wish for an Arab to fall into this swamp," he said of the agreement.

Senior Palestinian official Hanan Ashrawi accused the UAE of "normalization" with Israel after Thursday's announcement of a historic peace deal.

Ashrawi, a veteran Palestinian negotiator and member of the executive committee of the Palestine Liberation Organization, said on Twitter: "The UAE has come out in the open on its secret dealings/normalization with Israel. Please don't do us a favor. We are nobody's fig leaf!"

Egyptian President Abdel Fattah el-Sissi welcomed the deal and said on Twitter: "I followed with interest and appreciation the joint statement between the United States, United Arab Emirates and Israel to halt the Israeli annexation of Palestinian lands and taking steps to bring peace in the Middle East."

"I value the efforts of those in charge of the deal to achieve prosperity and stability for our region."